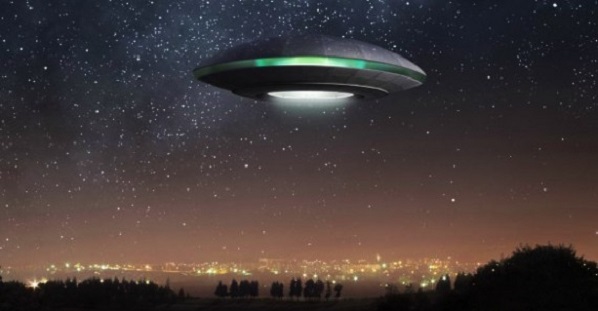 It was the later months of 1973, the Christmas shopping season is in full swing. A very pregnant Carol and her sister Louise decided to drive from Amsterdam to Schenectady to do some Christmas shopping. So with Carol’s toddler son in tow, the three of them were off to go holiday shopping at the Mohawk Mall.  As it was late in the year and it was already dark before the two women reached Schenectady. As they approached the city they were astounded to see a large object flying at low altitude coming from the West. The large object seemed to slow, then suddenly dropped at high speed and hovered over the General Electric plant.  As it did all the lights in the factory dimmed and went out. Both women noted that this power outage seemed to only be at the General Electric facility, for they could see other city lights on in the distance.  Both women recall that the traffic on the main highway in front of the General Electric building had come to a halt. Carol remembers that people were getting out of their cars and seemed to be awestruck at what they were watching. Both Carol and Louise estimate that they were perhaps 100 yards from the GE facility.  Louise described what they saw: it was a saucer shaped object, perhaps two or three football fields in diameter. As you got a little closer, you could see blue, pink and yellow lights that seem to be alternating in rotation around the bottom of the craft. The top of the object was dull grey.  Then both women tell us that almost everyone noticed that the flying saucer was totally silent.  Carol made an interesting observation that while the lights in the GE facility went out with the appearance of this flying saucer, the car on the local highway did not seem to be affected.  The craft hovered over the GE facility for about five, perhaps ten minutes, at which time the rotating lights all turned to a soft yellow color, then the craft began to rise straight up then headed West at low altitude away from Schenectady. After the flying object was clear of the GE facility the power abruptly returned and again the building was full of light.  Out on the shoulders of the highway the people who had just observed this amazing phenomenon all had the same interesting remark, “Did this just happen? Was it real?”  Both women remember that there was some news coverage. Back in the car, they could hear lots of people calling the local radio stations asking what it was that they all saw.  Oddly the TV news stations seemed satisfied to report only the local military base’s explanation, which amounted to nothing special happened. They also say, that in the following days the press coverage, radio and television reports all said the event was simply some Air Force maneuvers.  Carol’s now adult son remarked, “That it seems odd that after all these years and with all of people who stopped in front of the GE building that night and witnessed this amazing event… that there hasn’t been more personal accounts reported in UFO databases and stories on the Internet.”  NOTE: The above image is a rendering.