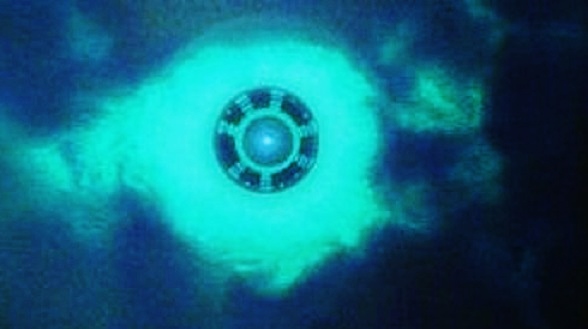 There’s this small mining town in Russia’s Far East called Dalnegorsk and on June 29, 1986 some strange stuff went down.  A UFO incident witnessed by a lot of people.  According to the Russian news agency Pravda, witnesses described a slowly moving (and bobbing up and down) large reddish sphere that slowly ascended and descended as it moved across a mountain range, and its glow would heat up every time it rose up.  As the UFO approached one mountain top (Mount Izvestkovaya, also referred to as Height 611) it sort of “jerked” and then crashed into the mountain. Witnesses reported seeing something like an explosion.  In the days after the “crash,” hundreds of witnesses said they saw three smaller spheres show up and began to act, at least to the witnesses, as if they were searching for the “crashed” sphere by doing slow sweeps over the area and sending down what appeared to be rays of light, sort of like search lights on an Army chopper.  After a while of searching, the three smaller spheres sped off and that was that.  Valeri Dvuzhilini of the Academy of (Soviet) Sciences was reportedly the first person (the first earth-born human, at least) to arrive on the scene two days later. 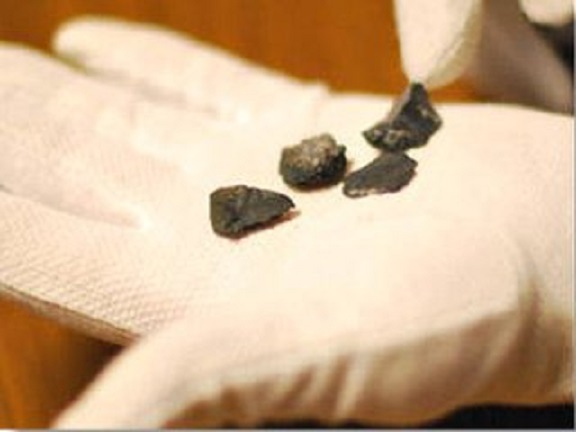 He collected samples (now referred to as alien artifacts) of what were described as strange, metallic mesh objects scattered at the site and samples of rocks and vegetation which had been scorched in the crash.  This incident is widely referred to as the “Russian Roswell,” referencing the famous alleged 1947 UFO crash near Roswell, New Mexico.  VIVA LAS VEGAS In the 1990’s Las Vegas reporter George Knapp traveled to the crash site to investigate the case and was given a few of the charred “rocks” (pieces of metal) that were found there.  A 2012 story in the Huffington Post says Knapp was told by the Ruskies:   “Three Soviet academic centers and 11 research institutes analyzed the objects from this UFO crash. The distance between atoms (in the found metal) is different from ordinary iron. Radar cannot be reflected from the material. Elements in the material may disappear and new ones appear after heating.  One piece disappeared completely in front of four witnesses. The core of the material is composed of a substance with anti-gravitational properties.”  Today you can see those pieces of UFO metal that were given to Knapp at the The National Atomic Testing Museum in Las Vegas, Nevada.  NOTE : The top image is a rendering.  The middle image is real.