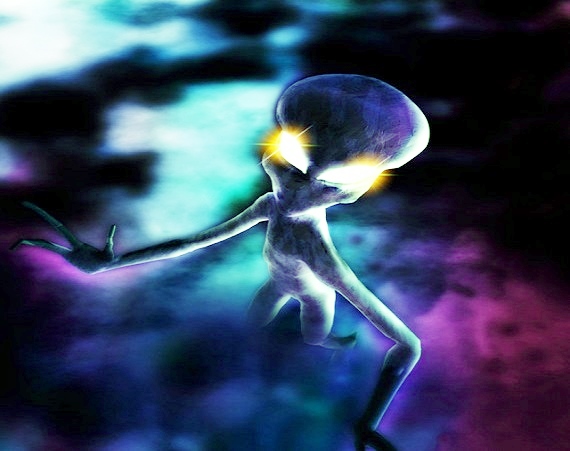 A 17-year old motorist traveling almost 10 miles north of Aurora, Indiana on a Saturday night claims to have encountered an unusual figure on the road. While driving his black Chevrolet Cavalier southbound along North Hogan Road a “figure” was spotted in the headlights of the automobile as it was crouched down near a puddle of water. From the driver’s perspective the figure was spotted out the windshield on the right of the car. After passing the frail-looking figure, the driver looked into his rear view mirror and again observed, illuminated by the taillights of his car, what he described as a tall, abnormal figure that moved strangely with pointed joints that “buckled out”. He estimated the figure stood around 6 feet, seven inches. “It had protruding joints and moved very strangely.” The driver said he was able to ascertain the figure, alleged to be dark gray or black and “pencil thin” stand up and take several steps toward the woods along the roadside. The figure definitely walked on two legs and was thought somehow, to be a male, although no clothing was noted. No face or eyes could be seen, but the witness had the impression that the figure was looking straight at him. The figure was immediately thought to be something out of the ordinary, not a human being. The duration of the sighting was “hurried” and possibly within the 3 to 4 second range.  The driver continued on for a small distance after passing the figure and finally put on his brakes, coming to a stop at an estimated 2 minute walking distance on the road from the location of the sighting. He looked back to further observe the entity. At that point, a second car came into view and approached from the opposite direction, passed and then reached the spot on the road where the figure was thought to be. The 17-year old motorist reportedly watched closely and observed the second car undertake what he thought to be an evasive maneuver near the vicinity of where he thought the figure would be situated, and then the car turned around at that spot and shortly pulled up behind him, somewhat in the grass. There was an elderly couple in the car, both in their late 60s or early 70s and both with gray hair. The driver, who wore glasses said, “Boy, did you see something back there? I’ll tell you right now, that was no person.” The passenger, an elderly female said, “It was no human being. It was no man.”  The elderly couple was reportedly “spooked” but offered to follow the first witness the remainder of the trip down North Hogan Road, clearly in the opposite direction of their intended destination route. It was thought that the elderly couple observed this same figure on the opposite side of the road, and possibly had observed it more closely. Later, the 17-year old witness was said to have become hysterical, and within an hour was describing the figure as an “alien”.  NOTE: The above image is a rendering.

4 thoughts on “ALIEN CREATURE SPOTTED BY MOTORIST IN INDIANA”