I was a soldier serving in Cyprus in 1958. Myself, a subaltern officer and a driver had visited an internment camp for EOKA men in the Troodos mountains.  After we had made our visit we continued along the dirt track road in the Landrover until the road became hazardous. Whilst the driver turned the vehicle around the officer stretched his legs and I climbed up the steep side of the trackside towards a clump of bushes to use the bathroom.  As I arrived at the bushes, which were about four feet high, I looked over and saw that they were on the ridge of a hollow.  About twenty five feet away in the opposite side of the hollow two figures were bending over and looking intently at a boulder.  They both stood up and looked directly at me. The striking thing about them was that they were both very white in appearance, as if wax, with very little features.  I could only see the upper part of them and they appeared to have eyes and what I thought was their head had no neck but seemed to be part of their body.  They just stood and stared at me; I turned and rushed down to the vehicle and urged the driver to leave immediately. I did not tell either of my companions what I had seen because I could make no logical conclusion for what it might have been.  Those things, whatever they might have been, looked nothing like the images we see of aliens and if they had been, they would most certainly have challenged me.  We were at a good altitude and a considerable distance from any village or settled habitation. I have puzzled over it since that time. 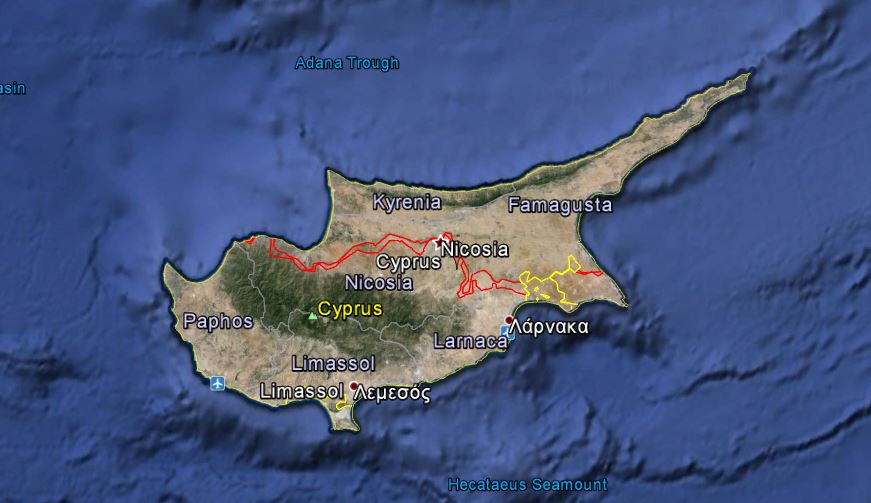 SPECIAL NOTE:  EOKA was a nationalist organization with the ultimate goal of “The liberation of Cyprus from the British yoke”, presenting itself as “anti-colonialist“. Although not stated in its initial declaration of existence which was printed and distributed on 1 April 1955, EOKA also had a target of achieving enosis (union of Cyprus with Greece). Despite this ideology being reflected in many of its members (and chiefly its military leader George Grivas) throughout the armed campaign, it was not of universal acceptance.   NOTE: The above image is a rendering