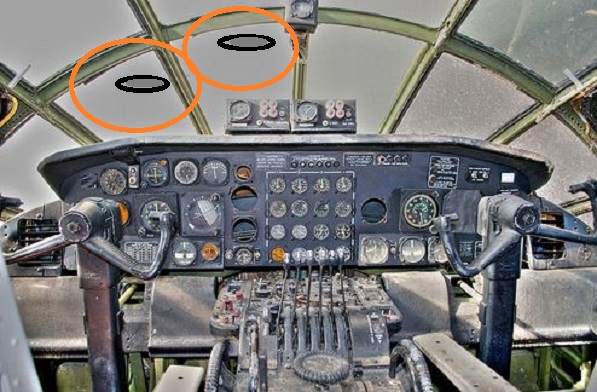 Early in the 1952 UFO sighting wave two discs approached and paced a B-36 bomber in the vicinity of Davis-Monthan AFB, Tucson, Arizona. On May 1, 1952, Major Rudy Pestalozzi, a base intelligence officer, along with an airman, looked up as a B-36 flew overhead and saw two shiny discs overtake the bomber, slow to its speed and position themselves alongside.  The bomber crew, startled by the experience, made an unscheduled landing at the base and were interrogated at length by Major Pestalozzi, who happened to be the base UFO officer. Members of the flight crew had crowded into the starboard blister aft of the wing and looked down at a slight angle to see the closest disc, which was lens- or double-disc-shaped and about 20-25 feet in diameter. After about 20 seconds, the objects peeled off at an angle of 70-80 degrees from the flight path of the B-36 and sped away.  Major Pestalozzi sent a comprehensive report of the incident to Project Blue Book. Within the next two months the summer 1952 UFO sighting wave reached a crescendo, generating national headlines and stirring up major Government interest, as radar repeatedly detected UFOs, and jet interceptors engaged in cat-and-mouse pursuits.  NOTE: The above image is a rendering.

DAVIS-MONTHAN AIR FORCE BASE…The base was named in honor of World War I pilots Lieutenants Samuel H. Davis (1896–1921) and Oscar Monthan (1885–1924), both Tucson natives. Davis, who attended the University of Arizona prior to enlisting in the Army in 1917, died in a Florida aircraft accident in 1921. Monthan enlisted in the Army as a private in 1917, was commissioned as a ground officer in 1918, and later became a pilot; he was killed in the crash of a Martin bomber in Hawaii in 1924.