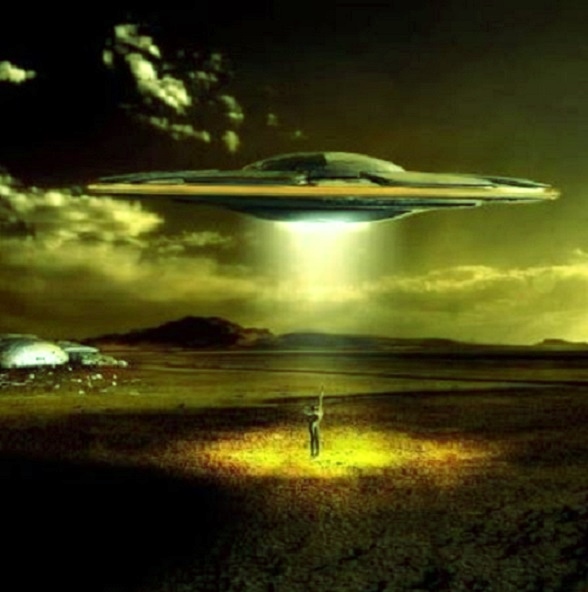 Background:
There have been many close encounters with UFOs in the Yukon but it is not often that we get a report like this so soon after it occurs. The witnesses were interviewed about 15 hours after their experience. They were still in a state of shock, coherent, and sincere. For those who doubt accounts like this, I only wish they could hear the witnesses first hand. Their emotional state and what they had to say has left a deep impression on me. Many thanks to FOX4 for notifying us of this sighting, conducting the initial interview and for obtaining the witness drawing. Since this article has been published one of the witnesses has informed us that she does not mind having her identity disclosed. “I know what I saw” Leah Isaac states, “and I was a skeptic before!”
The Account:
Leah Isaac, a friend of hers, and a young boy (who was asleep) were travelling northbound along the Klondike Highway from Whitehorse to the Village of Pelly Crossing, Yukon. The sky was clear with a glow of predawn blue. They were nearing the end of Little Fox Lake and came around a sharp right-hand bend near the base of a mountain. Upon coming out from the bend they could not believe their eyes! To the right and about 300 ft (90 meters) away was a 30 to 40ft (9 to12 meters) diameter saucer, hovering about 200 ft (60 meters) off the ground! They observed it to be stationary for 4 to 5 seconds as they were travelling along the highway and then it shot across horizontally in front of their vehicle at an “incredible speed” and stopped instantly on the left side of the road. “Nothing can move that fast”, “in the blink of an eye” the witnesses described. It remained motionless for only another split second and shot off even faster in a different direction (basically performing a 90-degree turn and shooting off behind them). One witness thought it went right into the side of a mountain while the other thought it followed the mountainous skyline. “Come on, floor it, floor it!” shouted the friend to Leah. They continued northbound fleeing from the location and eventually pulled over about 20 minutes later. They were both visibly shaking. “We were more scared than excited, I think if it wasn’t so close it would not have been so frightening”, “It’s like we caught it by surprise when we came around the corner”, “it was so advanced”, “I’ll never be the same” were some of the comments by the witnesses.  The witnesses got a good look at the saucer. It was a classic disc shape with a dome on top. The dome had two curved windows or lights from which a beautiful ocean blue or aqua colored light was shining. The surface of the craft was difficult to describe. Some of the words the witnesses used were “mirror, silver, translucent, shiny, glassy, reflecting the color of the sky”. It was as though the UFO was trying to “camouflage against the background sky color”. “Had it been pitch black out I don’t think we would have seen the body of the craft, just the windows or lights” Leah remarked.  As the UFO streaked in front of their vehicle, the car headlights dimmed and their tape deck stopped playing. They both wanted to check the time of their sighting. However, Leah’s battery-operated analog watch stopped (at 5:00am) and the man’s digital watch went blank, and then got stuck in “chrono mode” and wouldn’t reset. A few miles down the road Leah tapped the face of her watch and it started working again. The man fiddled around pushing buttons on his digital watch and it started working as well, the time indicated was 5:12 am. They checked the tape deck and by all indications, John Fogerty should have been playing away. The tape hadn’t run out, the volume was on, and the lights on the cassette window indicated that the power was on. Other than the initial power drain, no additional problems were noted with the truck. The man figured that they managed to get the tape deck and watches functioning properly after they traveled a “couple of miles” past the UFO sighting location. The woman figured that about 5 minutes had elapsed when they managed to get their watches functioning and about 10 minutes until the tape deck started to work. Although the witnesses were travelling in a vehicle, no noise was heard emanating from the UFO.  NOTE: The above image is a rendering

27 thoughts on “FRIGHTENING CLOSE ENCOUNTER IN THE YUKONS”