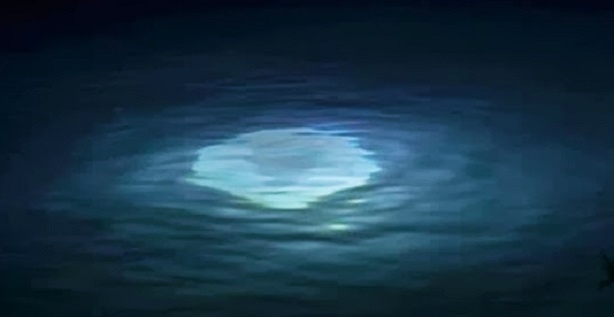 The objects were moving through water at over 420km/h, and divers 50 meters deep in a lake saw humanoids in silver suits.  After the British Ministry of Defence published documentation about UFO research a few months ago, the Russia navy followed, writes Russia Today.  I think about underwater bases and say: “Why not? Nothing should be discarded. Skepticism is the easiest way: believe nothing, do nothing. People rarely visit great depths. So it’s very important to analyze what they encounter there.”  “The documents have existed since the time of the Soviet Union, and the former navy official responsible for researching UFOs, Vladimir Azhazha, said for Svobodnaya Press that the materials they found are of great value.  “Fifty percent of UFO encounters are connected with oceans. Fifteen more – with lakes. So UFOs tend to stick to the water,” said Vladimir Azhazha for RT. The group which was led by the commander of the Russian navy, Nikolay Smirnov, gathered lots of evidence about unidentified flying objects, which they encountered numerous times.  On one occasion a Russian nuclear submarine, which was on a mission in the Pacific, ran into six unknown objects. After some time, the objects simply took off and disappeared into the air.  The retired Russian submarine commander Admiral Yury Beketov said that he had many encounters with UFOs in the Bermuda Triangle. UFOs most often seen in Caribbean and Bermuda Triangle.  Beketov says that they noticed objects travelling at an incredible 426km/h on radar. This speed is even too fast for travelling on land, and when we take into account the pressure of the water, it seems these objects defy all the laws of physics.  “There is one explanation: the beings that made them have certainly surpassed us,” he says. The former Russian intelligence official Igor Barklay says that UFOs were often seen in the Caribbean, in the deepest parts of the ocean.  Besides that, they appeared in the Russian Baikal Lake, known for its great depths. A fisherman witnessed such an object, who says that a strong light came out of the depths, and then the object came out of the water.  During an exercise in 1982, military divers at the Baikal Lake noticed humanoid beings in silver suits at a depth of around fifty metres. They tried to catch them, but did not manage to.  NOTE  The above image is a rendering.