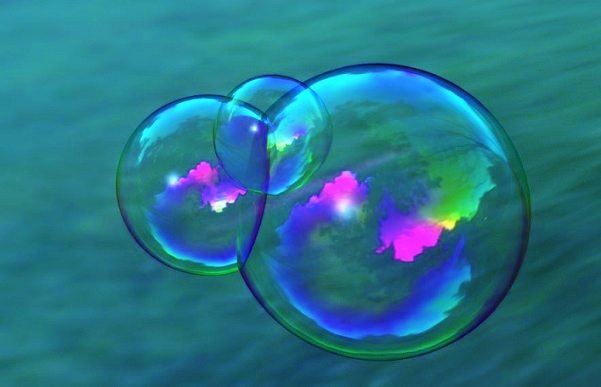 I was at American Heart Association charity event on May 7, 2014; the event took place at citizens Bank Ballpark in Philadelphia.  I was waiting my turn to hit baseballs and while talking to a security guard that I know I noticed he was looking at something over my shoulder and I turned to look at it also.  I said to the guard: “It looks like a helicopter with someone hanging out of it.”  No sooner had I said that and what I thought was a helicopter turned slightly and proceeded to change shape.   The only way I can describe it is it looked like three bubble shapes and it stayed there for another second or two and then ascended into the overcast sky.  I heard no noise and never saw the object again. The guard and I looked at each other with disbelief, and I asked him if he just saw what I saw and he told me exactly what I thought I had just seen.  He had said whatever it was changed shape, so I knew I wasn’t crazy and hallucinating. We were the only two in the ballpark that had seen it from what I know.  We spoke with a couple of ushers and other people that were around us and told them what we saw but they had not seen it. I thought I would report this to see if anyone else possibly could have seen it besides me and the security guard.  My feelings after seeing it were I had just seen something amazing and I couldn’t tell you if it was man-made or not. After the object changed shape it simply and slowly rose up into the clouds and I never saw it again.  NOTE: The above image is a rendering.