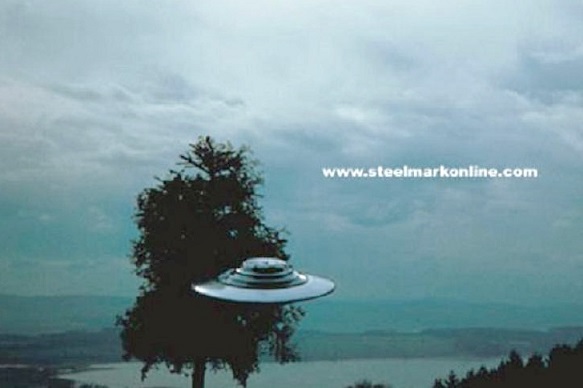 BILLY MEIER  ……   NOT AS CRAZY AS THE DEBUNKERS FIRST THOUGHT

In 1980, Billy Meier, the Swiss UFO contactee, took 63, clear 35mm film photographs and a five-minute video of an object dubbed the Wedding Cake UFO, or WCUFO.  Skeptics immediately pounced on the photos claiming they showed a model made from a garbage can lid and Christmas tree ornaments. With MUFON, the international UFO investigating organization, lacking the technology to determine the authenticity of his UFO photos, and Meier himself not saying anything in his own defense, the matter was perceived as a hoax and became just another UFO “cold case.”  Enter “CSI”  Fast forward to today where – just like in an episode of CSI – independent researcher Prof. Rhal Zahi revives the Meier cold case by taking a took a close look at the “DNA” in the WCUFO photos using PhotoShop, professional 3-D computer modeling software and actual scale models.  His 74-page report, including his reproducible protocols, conclusively authenticate the photos as large, unknown objects and rules out small models or special effects.  Prof. Zahi then discovered never before seen details in a nighttime WCUFO photo that have been hidden in not so plain sight – for 34 years – revealing that the craft is hovering over a gravel road and that Meier somehow actually took the photo from… above the object.

MUFON Takes Another Look.  Armed with Prof. Zahi’s authentication of the WCUFO, Meier’s American representative, Michael Horn, contacted Jan Harzan, the Executive Director of MUFON, who has known about the Meier case for 25 years and struggled with it being simply “too good.”  Harzen and Horn formed a precedent setting alliance and, for the first time in 34 years, MUFON opened the Meier case to its 3,000 members worldwide.  Staggering Implications.  According to Horn, “Prof. Zahi’s work vindicates Meier of charges that he hoaxed his evidence. It also makes the SETI program unnecessary because it conclusively shows that the UFOs photographed and filmed by Billy Meier are extraterrestrial in origin.  With Meier’s well-documented contacts with the Plejaren extraterrestrials still ongoing for over 72 years – and so rich in scientific information- the implications are truly staggering.  “Now along with NASA aerospace engineers recognizing its significance, modern technology makes it easy enough for an eight year-old child with a computer to prove the most important discovery in all of science and human history for themselves. We are not alone, we’ve been contacted and now it’s up to us to see if we can actually recognize – and handle – the truth.”  An update on the remarkable, historical developments in the Billy Meier case may be announced at the upcoming MUFON Symposium, July 17 – 20, in Pennsylvania.

34 thoughts on “BILLY MEIER….NOT AS CRAZY AS THE DEBUNKERS FIRST THOUGHT”