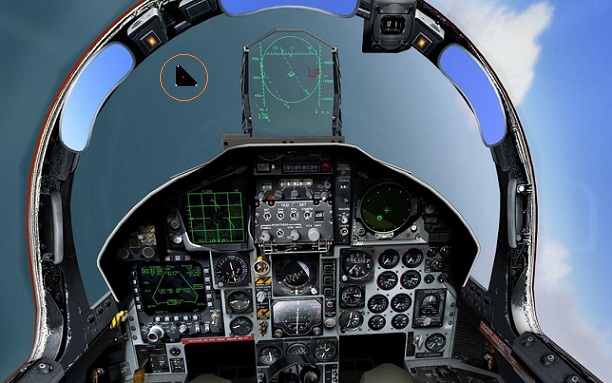 I was station at Camp New Amsterdam in 1980 (9/2/1980) and was working ZULA alert for the Air Force and the ground mechanic on F-15 C, fighter jets.  That night approximately 8:30 PM I believe, both of our jets scrambled for Rendlesham area, and flew over for about an hour and a half were killed their BINGO fuel, and had to RTB, return to base.  The pilots flying was [Name removed/cms/tg], and [Name removed/cms/tg]. We recover the aircraft, and as mechanic’s job is to download the video set a UHF cassette and put in a new one for the next flight.  The pilots came back that night and instantly started talking about the scramble with us. Both them indicated they thought they were chasing them up unauthorized helicopter trying to find it on the radar, because of the low level and low-speed.  However, they did mention that two objects left ground level and proceeded at 35,000 feet within seconds. They told us the actually told the tower, without somebody shot missiles up in the air they were tracking. However the objects stopped at 35,000 hovering briefly and then took off at 70,000 feet, or until the radar cannot track them anymore.  The video(s) were downloaded by a crew chief friend of mine, on the recorder, which is standard protocol. I observed two objects that appeared to be black in color, it was difficult due to the quality of the video, and the speed the fighter jets were moving towards the objects approximately 650 kn,  The video also records radar tracking, and the objects shows approximations according to all aircraft loaded in the memory system so the fire just can have a match or friend or foe, the computer designated no match for the items. There was also no MODE 4 or squawk, friend or foe that typical aircraft send out under FAA regulations of that time. 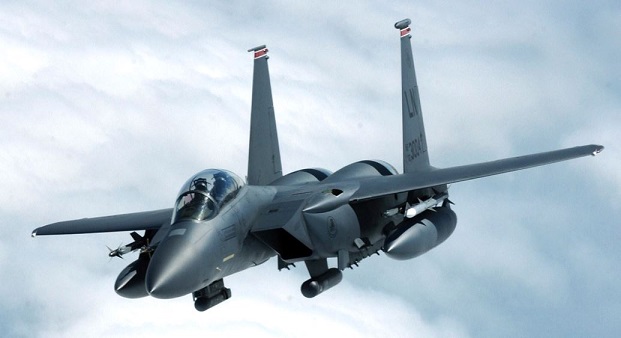 The pilots reported the objects came back, approximately 35 miles down range, and simply could not catch up with them even though they were stopping for skipping moving from 45,000 feet to 2000 feet.  The one pilot, the Capt., Was a Texan a good old boy, and he indicated that he was not a believer in UFOs he was that night. There was no man in black, however there was some closed door meetings days later, but they never asked the ground crew me us, about videos or the radar.  What I saw on the video recorded from the F-15 HUD, heads-up display by McDonnell Douglas, wasn’t night but did indicate an object with no wings, triangular shape, and no FAA regulation lighting but did have one maybe two lights, not sure where, the object was about 1 mile distance in front of the F-15.  We did notice, when the pilot(s) returned they had indicated their radar when off-line briefly as well as their INS, for both aircraft this extremely improbable if not impossible.  The F-15 aircraft were turned around and put back on 15 min. alert status. The next night I was not there but they did scramble again back to England. I notice none of the reports from this airbase indicated Col. Halt, that any aircraft jets were scrambled.  And I’m indicating they were, because I was there.  NOTE: The above image is a rendering.