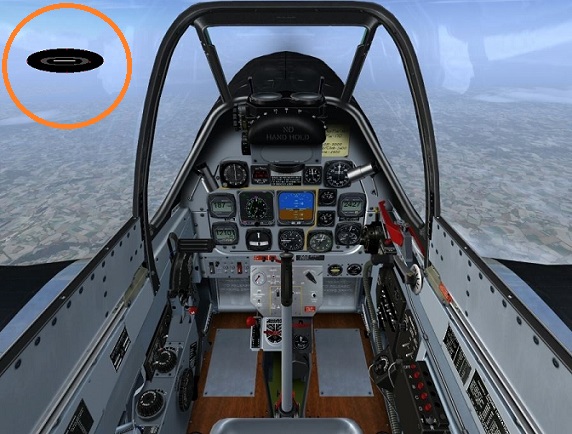 Donald (Deke) Slayton “Mercury Seven” astronaut, stated in an interview, that he had seen a UFO in 1951:
“I was testing a P-51 fighter in Minneapolis when I spotted this object. I was at about 10,000 feet on a nice, bright, sunny afternoon. I thought the object was a kite, then realized that no kite is gonna [sic] fly that high. As I got closer, it looked like a weather balloon, gray and about three feet in diameter. But as soon as I got behind the darn thing, it didn’t look like a balloon anymore. It looked like a saucer, a disc. About that same time, I realized that it was suddenly going away from me – and there I was, running at about 300 miles an hour. I tracked it for a little while, and then all of sudden the damn thing just took off. It pulled about a 45-degree climbing turn and accelerated and just flat disappeared. A couple of days later, I was having a beer with my commanding officer, and I thought, ‘ What the hell, I’d better mention something to him about it.’ I did, and he told me to get on down to intelligence and give them a report. I did, and I never heard anything more on it.”

Vladimir Kovalyonok, Major-General of Aviation stated:
“On May 5, 1981, we were in orbit [in the Salyut-6 space station]. I saw an object that didn’t resemble any cosmic objects I’m familiar with. It was a round object which resembled a melon, round and a little bit elongated. In front of this object was something that resembled a gyrating depressed cone. I can draw it, it’s difficult to describe. The object resembles a barbell. 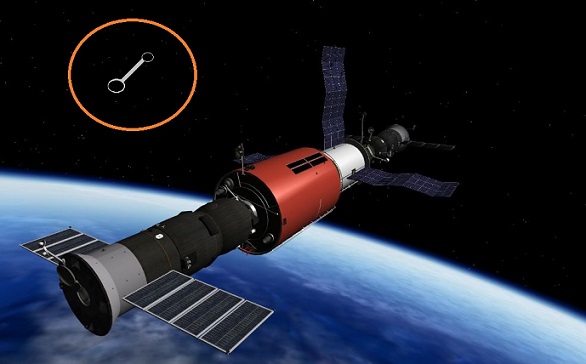 I saw it becoming transparent and like with a ‘ body’ inside. At the other end I saw something like gas discharging, like a reactive object. Then something happened that is very difficult for me to describe from the point of view of physics. Last year in the magazine Nature I read about a physicist… we tried together to explain this phenomenon and we decided it was a ‘ plasmaform.’ I have to recognize that it did not have an artificial origin. It was not artificial because an artificial object couldn’t attain this form. I don’t know of anything that can make this movement… tightening, then expanding, pulsating. Then as I was observing, something happened, two explosions. One explosion, and then 0.5 seconds later, the second part exploded. I called my colleague Viktor [Savinykh], but he didn’t arrive in time to see anything.  “What are the particulars? First conclusion: the object moved in a suborbital path, otherwise I wouldn’t have been able to see it. There were two clouds, like smoke, that formed a barbell. It came near me and I watched it. Then we entered in to the shade for two or three minutes after this happened. When we came out of the shade we didn’t see anything. But during a certain time, we and the craft were moving together.” (Videotaped interview with Giorgio Bongiovanni in the village of Kosnikov, near Moscow, 1993.  NOTE: The above images are renderings.

29 thoughts on “SOVIET AND AMERICAN ASTRONAUTS DID SEE ALIEN CRAFT”