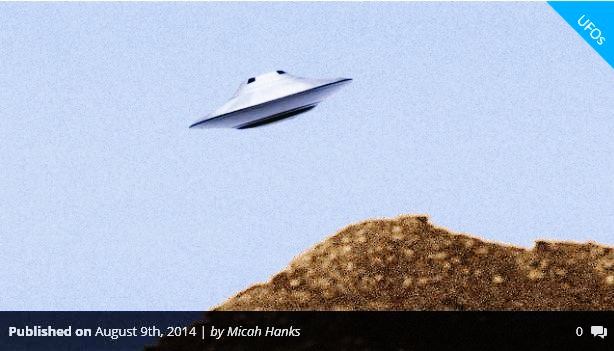 This morning, New York Magazine featured a thoughtful article on ufology, Mark Jacobson’s “The End of UFOs,” which presented a recap of the recent MUFON Symposium in Pennsylvania. In the commentary Jacobson provided, I found the following excerpt particularly poignant, in light of a culture of belief that surrounds a subject about which, in pure honesty, I feel a number of its great adherents remain very “in the dark”:

“Fernando Garces-Soto, a wry, 60-ish Colombian-born music producer from Miami and fellow witness, was taking it more personally. ‘I’m spending a $1,000 to come to this. That’s a lot of money for the same old stories. This rehash, and more rehash. Probably next year I’ll spend another $1,000. What choice do I have?’ Fernando exclaimed, finding the existential humor of the situation. ‘I’m obsessed,’ he sighed. ‘I’m all messed up.’ “

So is ufology “dying”? Is there so little to this phenomenon that there is nothing to be studied at all? I think that’s hardly the case; the problem, instead, is that we have become hung up in the ideological extremes, and the cult of personality surrounding those who have (and I say this in appreciation of their work) dedicated their lives, and livelihood, to studying this mystery. For a few of them, it has led to fame and notoriety… I wonder if they, after working so hard, and for so long, would really want people to shrug off new ideas and good research that may arise elsewhere, in favor of an autograph instead? It’s food for thought…Still, I would argue that the newest, and best innovators in this field are “below the radar,” so to speak. You may not find them at conferences, because they don’t draw crowds; you won’t see them on television, because they aren’t sensational enough to bring ratings. You may not even read about their work, because some of them are applying technical thought to the subject that publishers wouldn’t find appealing on any printed page… but they are out there, and they are working. I know, because I am familiar with many of them myself.  In fact, I would argue that some of the best innovations in the study of unidentified aerial illuminations aren’t even generally accepted as what we call “UFOs,” and largely due to the fundamental (but timeless) misinterpretation of the acronym UFO–meaning simply an unidentified flying object–being taken to mean an extraterrestrial spaceship, which was never the intended use of the term.

Serious study of UFOs will always be criticized, but arguably, this is largely because it’s detractors are among those who don’t know where to look for the good research that’s being done. These critics will continually watch the sensational television shows, and sit in the back rows at popular conferences and events, criticizing arguments that, at times, are so easily deconstructed that it’s easily likened to shooting fish in the proverbial barrel. But what they are criticizing often isn’t the most meaningful, relevant, or up-to-date information on the subject; perhaps they should spend their time and criticisms more wisely, and go looking for a harder argument to deconstruct. And as for the groups who continually prop ufology high atop a rickety scaffolding of old cases, fringe theories, and sensational claims, they should learn to expect that critics will continue to attempt to debase their arguments. In truth, neither of these opposing sides seem to be interested in discussing the most relevant details pertaining to true anomalies which may exist in our world.  NOTE: The above image is a rendering.

KENS NOTE:  I have been harping for years as to why all of the UFO conferences do not have a showcase of UFO photos.  I had a presentation of UFO photos at the Baltimore Conference a few years ago and I feel it was a hit. There are many original and real UFO photo available to the public but they are never presented at a UFO conference.  Why ??  I am the founder of the largest UFO photos web site in the world.  Over 7000 great UFO photos and galleries of strange photos from the Moon and Mars.  I have all the information so there is no excuse why some of these great photos can’t be presented to the public and the world.

READ THE COMPLETE STORY AT http://micahhanks.com/ufos/the-end-of-ufology-why-serious-research-goes-underground/

2 thoughts on “THE END OF UFOLOGY”