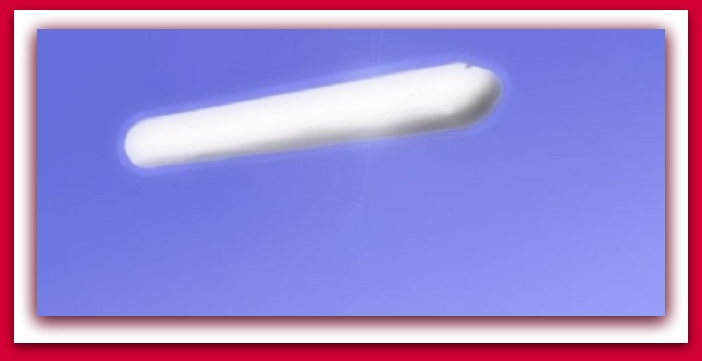 UFO CYLINDER OBJECTS SPOTTED NEAR WASHINGTON D.C.
.
DECEMBER 4, 2015   ……….ALEXANDRIA VIRGINIA
.
Multiple UFO sighting Date: 12/4/2015 Time: Around 12:20PM Where: Between Hunting(ton) Creek & Huntington Metro, South Alexandria, Fairfax County, VA What I saw: Two large slow moving long silver cylinders. It was around 12:15-12:20pm when I was in my kitchen which faces Westward toward Telegraph road/ Burgundy Village heating water for a cup of coffee. I look out the the window of the kitchen door and notice how blue and clear the sky was, esp. after 3 days of rain. I opened the door to get a little fresh air and take a better view of the sky. I saw several people working in the yard next door. I was about to close the door when I saw them; two long silver craft moving from north to south flying over the Midtown south high-rise on Huntington Ave. which is about 3 blocks from my house. The craft I could see clearly, did not have any wings nor tail rudders, did not see any markings but saw flash of red on the lower flying craft. The two craft flew together at the same speed but separated by from what I could tell less than 1/8 or less distance from each other. The higher one was flying between 2-3 o’clock, the lower was at between 6-7 o’clock. Their speed they were traveling between 25-35 miles an hour and the height less than a half mile maybe closer. They traveled towards south towards Huntington Metro where they suddenly turned in a sharp graceful u-turn westward heading in the direction of Rose Hill. As they turned, I saw a bright intense light coming from the rear of the lower craft. At that point I turn to the left and looked into the yard next door and was about to yell something to the two guys working on the porch but when I turned back to sky, they both were gone. A little more detail of the craft was that the front end of each was rounded, I saw no windows, the tail end was slightly bulbous and both craft were as far as I could see were of the same make/size/shape. The only sounds I could hear was traffic from Huntington Ave and from the Metro. I was a little freak out about seeing the two crafts- I don’t know what they were and I hope others that saw them would come forward and report them.   NOTE: The above image is a rendering
.
KEN PFEIFER WORLD UFO PHOTOS AND NEWS
WWW.WORLDUFOPHOTOSANDNEWS.ORG
WWW.WORLDUFOPHOTOS.ORG
THANKS TO WWW.MUFON.COM CASE FILES
.
.
.