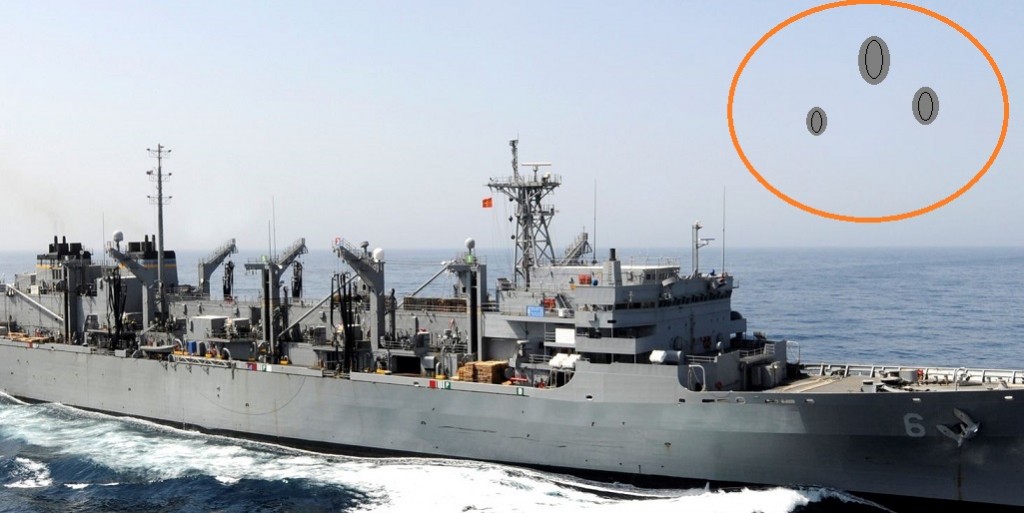 On February 28, 1904, there was a sighting by three crew members on the USS Supply 300 miles (483 km) west of San Francisco, reported by Lieutenant Frank Schofield, later to become Commander-in-Chief of the Pacific Battle Fleet. Schofield wrote of three bright red egg-shaped and circular objects flying in echelon formation that approached beneath the cloud layer, then changed course and “soared” above the clouds, departing directly away from the earth after two to three minutes. The largest had an apparent size of about six Suns, he said The three earliest known pilot UFO sightings, of 1,305 similar sightings cataloged by NARCAP, took place in 1916 and 1926. On January 31, 1916, a UK pilot near Rochford reported a row of lights, resembling lighted windows on a railway carriage that rose and disappeared. In January 1926 a pilot reported six “flying manhole covers” between Wichita, Kansas, and Colorado Springs, Colorado.

In late September 1926 an airmail pilot over Nevada said he had been forced to land by a huge, wingless, cylindrical object.  On August 5, 1926, while traveling in the Extra-Terrestrial Humboldt Mountains of Tibet‘s Kokonor region, Russian explorer Nicholas Roerich reported, members of his expedition saw “something big and shiny reflecting the sun, like a huge oval moving at great speed. Crossing our camp the thing changed in its direction from south to southwest. And we saw how it disappeared in the intense blue sky. We even had time to take our field glasses and saw quite distinctly an oval form with shiny surface, one side of which was brilliant from the sun.”[27] Another description by Roerich was of a “shiny body flying from north to south. Field glasses are at hand. It is a huge body. One side glows in the sun. It is oval in shape. Then it somehow turns in another direction and disappears in the southwest.  NOTE: The above image is CGI.