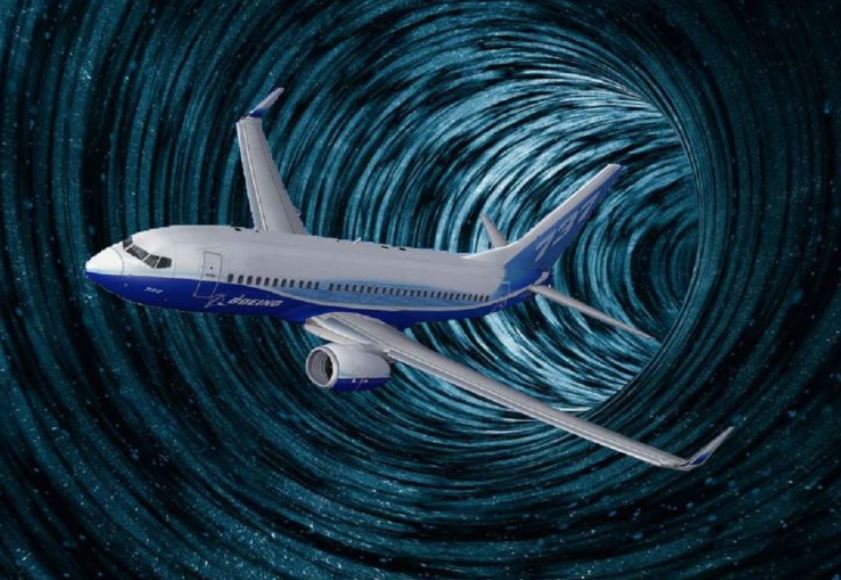 National Airlines Flight 727. Although small details of the account sometimes change (the location and date), it would appear, according to an account of the incident in the 24th March 1975 edition of the Deseret News, the incident took place sometime in 1970 as the aircraft approached Miami International Airport.  As it began its approach to land, however, the plane suddenly vanished from the radar screens of the control tower. All communications would also cease instantly. Fearing an explosion at the worst, emergency response teams scrambled to the runways in anticipation of landing debris or a crippled craft. An alert would go out to all other pilots in the immediate vicinity to report visual confirmation of Flight 727. Or, any sighting of a crashed plane on the ground.  And then, as a quiet realization that the loss of life was likely to be high spread over the tower, the plane suddenly reappeared.

“For Ten Minutes, You Just Did Not Exist!”

With this sudden reappearance, the radio communication also came back to life. What was strange, however, was the crew would act as if nothing strange had occurred. In fact, to them, ten minutes hadn’t passed by. They were only speaking to the control a few moments ago as they began their approach. When flight attendants were discreetly asked later if “anything strange” had happened on board the flight as it approached the airport, all answered no, it was a routine landing.  Bizarrely, the plane’s on-board clocks would show a ten-minute difference to the control tower. Indeed, they were behind any clock. It was as if, as one air control staff member said “…for ten minutes, you just did not exist”. The crew, who would do “time checks” to ensure there were no faults with the on-board clock against the control tower, had performed such a check only twenty minutes before making their approach to land. And indeed, aside from the ten-minute difference, all the clocks appeared to work as they should.  Researcher Martin Caidin, who claimed to speak to several of those involved at the control tower, would disclose more apparent details of the incident. He would state that the crew and especially the passengers, were completely surprised as to why there was such interest in them and their plane. Especially such official looking people. Caidin would write that “Federal investigators and officials of National (Airlines) couldn’t get into that jetliner fast enough”. While the passengers knew nothing of the incident, even they would eventually notice the ten-minute difference with their watches. This, combined with the suspicious “official” activity, would make some of them ponder the circumstances. Might these “officials” have known more than they let on?

An Unintentional “Time Wave” Over Bolivia ?

Again, while it is only speculation, is it possible the rush of Federal investigators to board the plane was to see the results of those onboard? Had there been some kind of secret experiment to skip the plane forward ten minutes? And if so, had this experiment proven successful? Many researchers, including Caidin, would suggest that the eagerness to board the plane was not out of concern or a sense of duty to the passengers and crew. But one of wanting to maintain “control of the situation”. And to ensure as little information as possible entered the public arena.  Perhaps this is why there are so few reports of such incidents. Leaving them instead to what are, to some, questionable platforms. This alone assists in damaging the credibility of such accounts. Caidin would also state that many pilots were “reluctant” to tell their stories anyway, especially ones regarding such bizarre phenomena.  Although the accounts are open to debate, perhaps intentionally so, there are several examples of these mysterious aerial incidents in more contemporary times. While once again we should perhaps take the claim with a small pinch of salt, according to some reports, an airliner carrying 170 passengers became the unintentional victim of a “time wave”, created by CERN in November 2009. It was instantaneously transported over 5,000 miles away from the skies of Bolivia to somewhere off the coast of the Canary Islands. Around the same time, a blackout struck Bolivia leaving the country in blackness for some time. Furthermore, the plane’s position was near to the “Gate of the Sun”, itself said to have portal-like capabilities from ancient times, connected to the magnetic fields of the Earth. Did these natural magnetic forces react with those of CERN to create a wormhole?  NOTE: The above image is CGI.