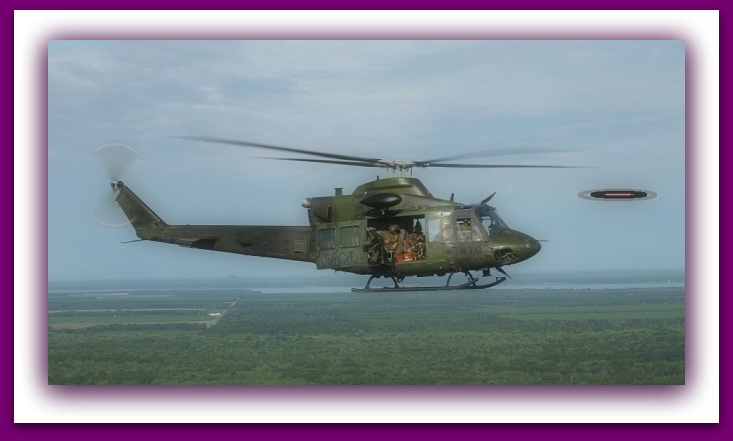 ALIEN CRAFT AND HELICOPTER NEAR MISS IN OHIO

Coyne is a member of the 316th Medical Detachment stationed at Cleveland Hopkins Airport. He was returning from Columbus at 11:10 p.m., Oct. 18, when the UFO showed up near where the Air National Guard has a squadron of jet fighters based.  He said a check turned up that none of the unit’s F-100 Super Saber Jets were in the air when the UFO appeared. Coyne said when he first encountered the UFO, his helicopter was cruising at 2,500 feet. He had the controls set for a 20-degree dive, but the craft climbed to 3,500 feet with no power.  “I had made no attempt to pull up,” he said. “There was no noise or turbulence, either.”  Coyne said a red light appeared on the eastern horizon, and was first spotted by his crew chief, Sgt. Robert Yanacsek.  “The light was traveling in excess of 600 knots,” Coyne said. “It came from the horizon to our aircraft in about 10 seconds. We were on a collision course.”  The pilot said he put his helicopter into a dive.  “At 1,700 feet I braced myself for the impact with the other craft,” he said. “It was coming from our right side. I was scared. There had been so little time to respond. The thing was terrifically fast.”  There was no crash.  “We looked up and saw it stopped right over us,” Coyne said. “It had a big, gray metallic-looking hull about 60 feet long.” “It was shaped like an airfoil or a streamlined fat cigar. There was a red light on the front. The leading edge glowed red a short distance back from the nose. There was a center dome. A green light at the rear reflected on the hull.”  Coyne said the green light swiveled like a spotlight and beamed through the canopy of his craft, bathing the cabin in green light. He said as he and members of the crew stared at the craft his helicopter began to climb without his guidance.  “I had made no attempt to pull up,” he said. “All controls were set for a 20-degree dive. Yet we had climbed from 1,700 to 3,500 feet with no power in a couple of seconds with no g-forces or other noticeable strains.”  Coyne said the UFO finally moved off to the west and was gone.  NOTE: The above image is a rendering.

CHECK OUT THE VIDEO HERE >>  https://youtu.be/NfYGhDqwWXc