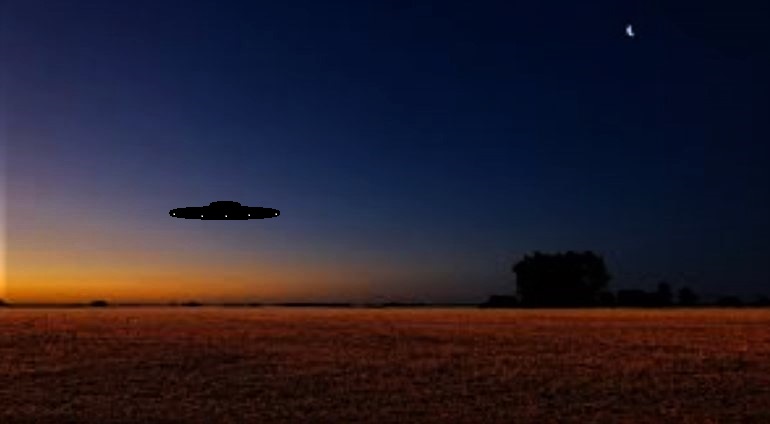 At that time I was in the Israeli army deployed next to the Syrian border. It was winter time and I was assigned to a patrol on the road along the security fence. We were heading north at speed of 15 mph as suddenly I saw a spot of orange light moving in the clouds. I was facing west holding a machine gun, observing this spot moving in exactly the same speed as our vehicle. It felt like it had been following us for more than 10 minutes so I asked the commander to slow down because I see something strange in the sky. As we arrived to a full stop, the light stopped moving as well, emerged from the clouds and revealed itself a a flying disc. It grew larger and hovered above a field, spinning around itself while swinging from side to side. Its dome was covered with blinking lights colored in orange light. It hovered around 20 minutes as all of the sudden it flew up into the clouds in a straight line and vanished. A few moments later, it was reported to be seen 30 miles north. This event occurred 20 years ago but it has been bothering me until now. Thanks  NOTE: The above image is CGI.