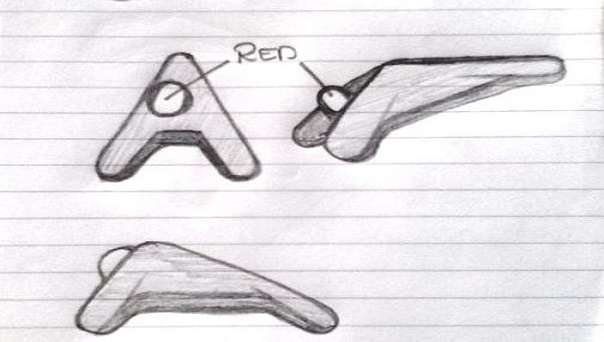 EXCELLENT RENDERING OF AN ALIEN TRIANGLE OVER AUSTRALIA

Description: Three cornered object gunmetal grey in appearance with red projection on top at one end. Rotation in an anticlockwise direction.  I was in Taylor Sq. Oxford St. And noticed object approaching from above Garden Island naval base. Asked pedestrian ‘can u tell me what that is’ she looked and said no. We crossed Ox St and I pointed it out to another person on a phone, they started telling person on phone we are watching a UFO. Object continued N-S towards Redfern behind buildings. Sighting 75-90 seconds. 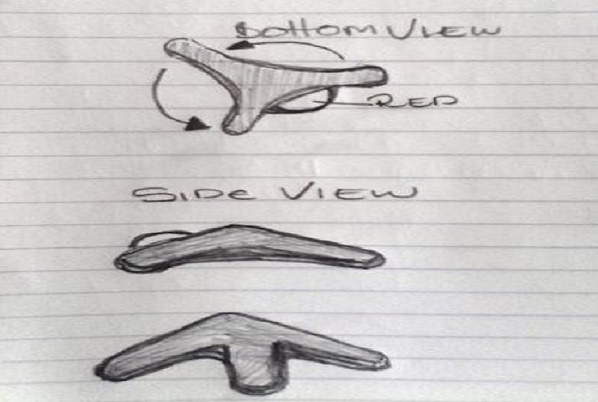 Hello, yesterday I tried to convince myself that because the craft was travelling in the same direction as the wind it could have been something inflatable, it absolutely was not. The sky was clear blue and the craft passed above me at an angle of about 80° I could see details on it and I would estimate an altitude of 1000-1200 ft.(I used to skydive so I have some experience at judging height). As it got farther into the distance I could see the sunlight reflecting of it.  Also it was heading in the direction of Redfern/Newtown which is directly in the flight path for the airport so it must have been visible on radar.  I drew these pictures within a few hours, they do not look like the craft but give a good idea of the form.