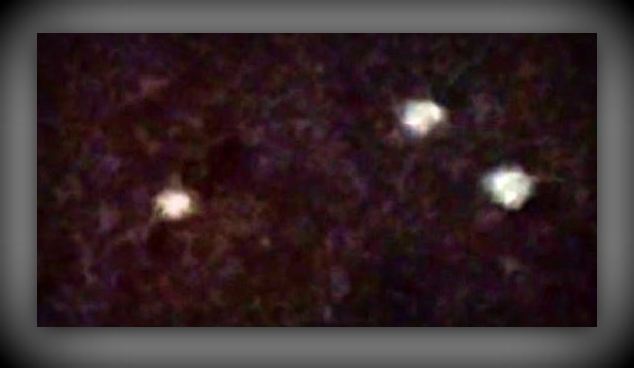 A witness with a military background reported spotting and capturing a photograph of a triangle-shaped UFO with three white, pulsating lights in North Carolina at Concord. The witness was with his dogs outside his home at 8 p.m. on 11th of June 2015.  He said in a Mutual UFO Network (MUFON) report that he saw the object hovering and then travelling northeast slowly before the lights went off, and the UFO disappeared.  The witness said that he had a military background being a former Navy rescue. He claims to have known all about aircraft warning lights and he says he never saw anything like the UFO in the military.  The witness  provided MUFON a still shot of the object. The witness reported to MUFON on 20th June 2015. North Carolina MUFON investigated the case led by field investigator Sanford Davis, who closed the case as Unknown.  David also stated in his report that two witnesses spotted another triangle 50 miles away in Case # 66524 four days later.  According to Davis, the object in the video seems military, perhaps a type of black project aircraft, a variation of the Astra, TR3B.  In Case 66524, a witness reported spotting a black triangle with blinking lights near Gastonia, NC. The witness said that the UFO moved 150 miles in less than a minute. David also closed this particular case as Unknown.  David stated that there had been numerous sightings in and around the Charlotte area in the last few months.