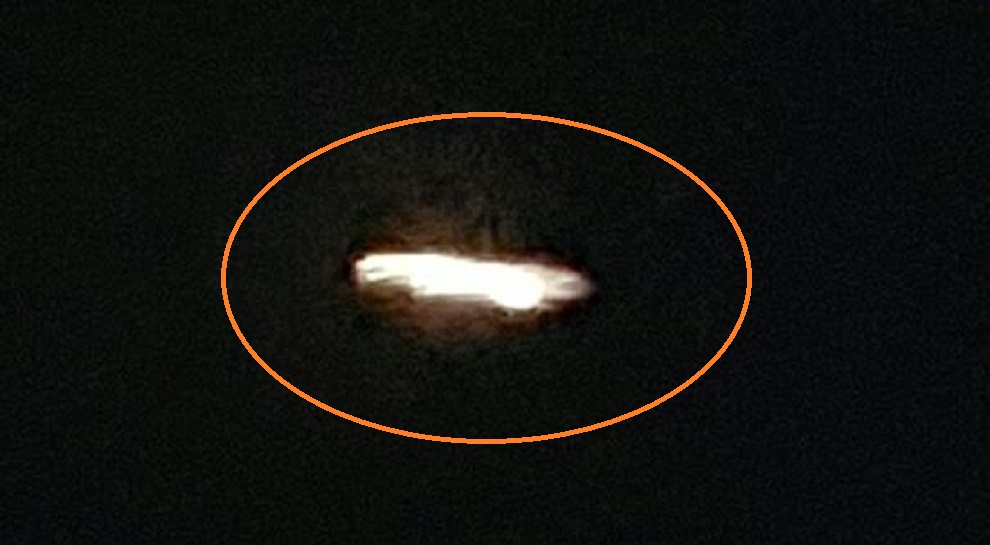 .
BUSY NIGHT FOR REPORTED ALIEN CRAFT FROM MUFON’S CASE FILES
.
APRIL 28, 2016   …………… HERMLEIGH / SWEETWATER TEXAS
.
My husband and I were driving to the DFW (Dallas-Fort Worth) area from Lubbock last Wednesday/Thursday. Out of complete darkness in the sky a line of bright white lights appears in front of our car. Dome shaped, flashing lights in a repetitive pattern, all white. The craft would disappear then reappear in different spots. Seen over highway 84 heading southeast of Hermleigh, and over I-20 eastbound coming into Sweetwater. We stopped on I-20 to take pics, it flew right over us. The underside had 3 white lights in a triangle shape. Low humming sound, no air moving. 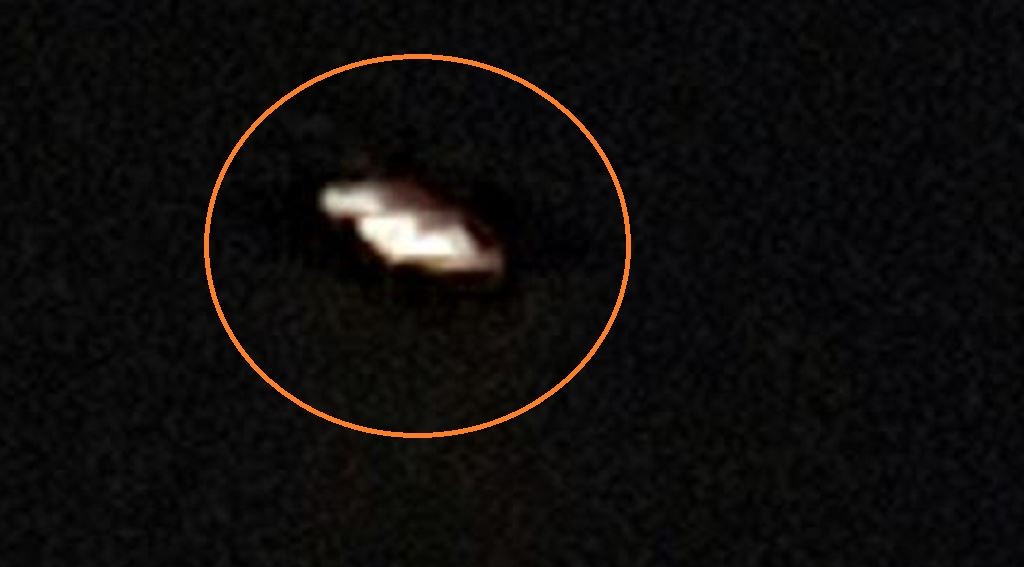 My husband took all the pics, he is/was skeptical about ufo sightings. He is not anymore. We have more than 5 pics if anyone wants/needs to see more. This took place between Hermleigh and Sweetwater, Tx. It faded out to total darkness just before we got near Sweetwater exits off the interstate. Our phones kept running out of charge while this object was near and the Bluetooth in my car kept re-syncing while the craft flew over us.  NOTE: The above images arfrom the witness.
.
APRIL 28, 2016  ………….. AUGUSTA GEORGIA
.
April 28 at 8:45pm. Dash Cam video at night isn’t that great. This Object was located over the Augusta city. I turn on the cam seeing this object in the air. The Object is located in the Middle of the screen to the left of the green looking sign. It had Two very bright Lights in the Sky. Seems Close somewhat. Very Bright Lights Pointed in the direction at me. I expect it was a Plane but with the Lights told me it was headed/Pointed East. Odd thing was that is seems to all of a sudden move Westward and seems like it was sitting their for a minute or so in the same position. You can see that when I stop at the Red-Light. Most air plane make a wide swing to turn, this one did not. Their is an Airport to the southwest. As It moved away I was able to see a blinking red Light under it. Not Sure what this may have been. Original Footage added.
.
APRIL 28, 2016   ……………CHERRY GROVE SOUTH CAROLINA
.
I was driving down the road with my husband and my son and looked up in the sky just above and in front of us and here was a huge orange ball of light. We pulled over in a parking lot, got out, and the ball split into several balls. Four total. They moved around really fast yet didn’t seem to go anywhere. They merged back to one ball and vanished. But not like someone turned off a light. Almost like it moved so fast away that it seemed to disappear. Gave me goose bumps. My husband has been seeing this same thing since we moved here four years ago. He works on the beach at night and sees them all the time. I used to laugh at him. I’m not laughing now. I don’t see how everybody doesn’t see them. They were huge. And they were just right there. No noise.
.
KENS NOTE: These a just a few of the UFO’s reported on this date.
.
KEN PFEIFER WORLD UFO PHOTOS AND NEWS
WWW.WORLDUFOPHOTOSANDNEWS.ORG
WWW.WORLDUFOPHOTOS.ORG
THANKS TO WWW.MUFON.COM CASE FILES
.
.