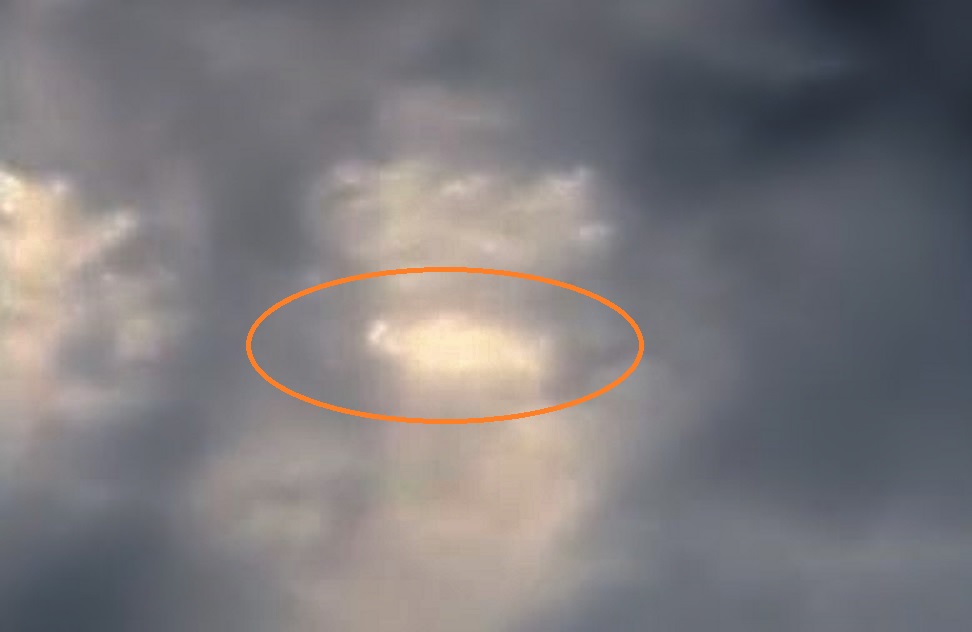 According to the witness’ testimony filed with MUFON on December 19, 2016, he was standing outside his home in Orlando, Florida, at about 5:24 p.m. on December 18, 2016, when he looked up and saw a large and mysterious glowing craft flying northward from the south. The UFO, according to the witness, was flying below the normal altitude of commercial airliners.  “Had a feeling to look up as if I had to, and then I saw the glowing craft fly from south direction to north,” the witness told MUFON, according to Open Minds-TV. “It was flying high, but well below the commercial airplanes flight altitude that were in traffic during the afternoon.”  The witness took out his cell phone and began filming the mysterious glowing object in the sky.

He was unable to estimate the size of the UFO craft but he guessed that it was flying at an altitude of about 1,500 feet. He watched through his cell phone camera as it flew higher in the sky and eventually entered into a small cloud. The helicopter pilot waited several seconds for the UFO to emerge from the cloud but it did not.  “I filmed it and I saw it go inside a very small cloud,” the witness said. “It should have flown out of it in a second, but it didn’t.”  Amazed, the witness stopped filming and watched expectantly. After a few minutes, the mysterious UFO emerged from the small cloud. It changed direction, ascended even higher and eventually disappeared.  The helicopter pilot insisted that the object was unlike any man-made flying craft he had seen.  “I’m a certificate helicopter pilot and I know that this was not a plane, helicopter, rocket, meteor, birds, balloons, blimp, etcetera,” the witness said, according to Open Minds TV.