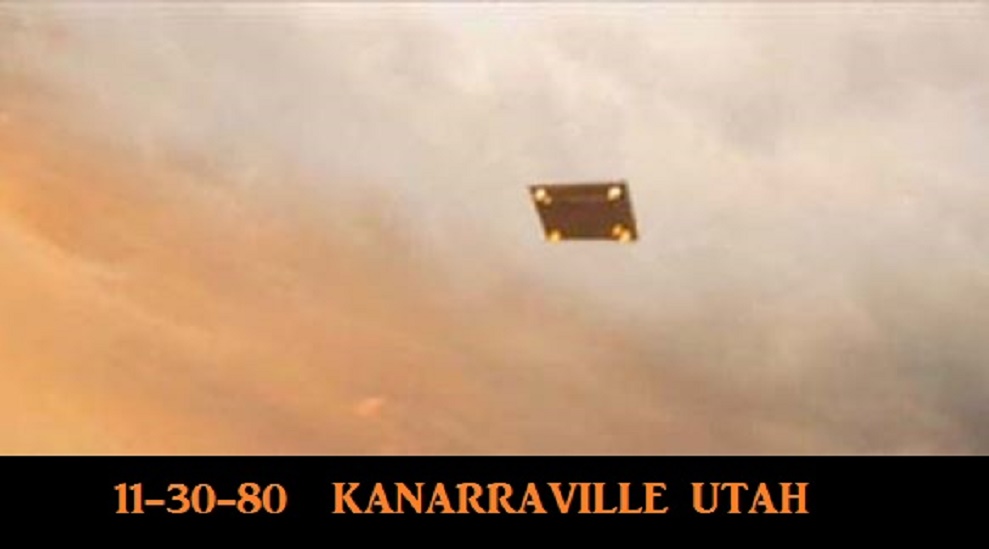 DAUGHTER AND MOMS ALIEN CRAFT ENCOUNTER IN FLORIDA
.
FEBURARY 10, 2015   ……….. MERRITT ISLAND FLORIDA
.
It was a over cast and cloudy day, with a chance of showers. My four kids just got home from school and they were riding their bicycles, as I was watching them and doing yard work, around 16:00 hrs. I stopped yard work, facing North, to watch the kids and one of my daughter’s, (age 7) rode her bike up to me, stopped and asked me; “What’s that?”…. I looked Westward and saw a black dot, just below the clouds heading Eastward and told her; ” It’s a helicopter…. As I started to go back to doing yard work. My daughter, still looking the this object, yelled out; “It’s a flying car!”…. Me, looking down the neighborhood street, asked her; ” Where?”  and she pointed West and said; “No!.. Up there!” As I looked and saw this object get closer; I could see that it wasn’t a helicopter!…. The object looked black in color, with wear..(Like it did a lot of traveling) and rectangular, in shape, with rounded edges. There was a light, white in color with what looked like a thruster in the center?  It was traveling in a straight line, as it was slowly rotating and didn’t made a sound. I told my daughter to keep her eyes on it, so that I could get my binoculars out of my truck; in which we both and the truck, were on our driveway. As I looked through the binoculars. I could see that it had no numbers or letters on it and this was not a helicopter nor a plane.  Being, that we do live near a very small airport, with Cesena’s flying in and out all the time.. But, it wasn’t a good day to fly, due to the weather and  this object wasn’t a drone either, for the fact that it didn’t have any propellers and it was flying too high. It flew Eastward and suddenly changed direction and went back the other way! It flew then, Westward, slowly rotating and then stopped, mid point to were we first saw it. By then; I could see that it had a dome on top, as it had a smaller white light on top of it, too. It hovered for a few seconds, while still rotating slowly and then, it started spinning faster; just below the cloud line, still as I looked at it. It started to look more like a saucer, as it was spinning. And then, there was like a flash… And the object shot straight up into the clouds!…. Felt like I was in a dream, while looking at this object.. (From the distance and the height of this object. I would say that it had to be approximately 8 ft. high and 40 to 50 ft. wide? And maybe, even the size of a 2 or 3 bedroom home…?) My daughter and I saw this object for approximately 2 minutes.  I made a model of it, out of styro foam because I got a very good look at this object, through my binoculars…. (Not sure how to post the pictures of my model, that I made, on the files part….? Sorry……  NOTE: The above image is real from a sightings in Kanarraville Utah.
.
KEN PFEIFER WORLD UFO PHOTODS AND NEWS
WWW.WORLDUFOPHOTOSANDNEWS.ORG
WWW.WORLDUFOPHOTOS.ORG
THANKS TO WWW.MUFON.COM CASE FILES
.
.