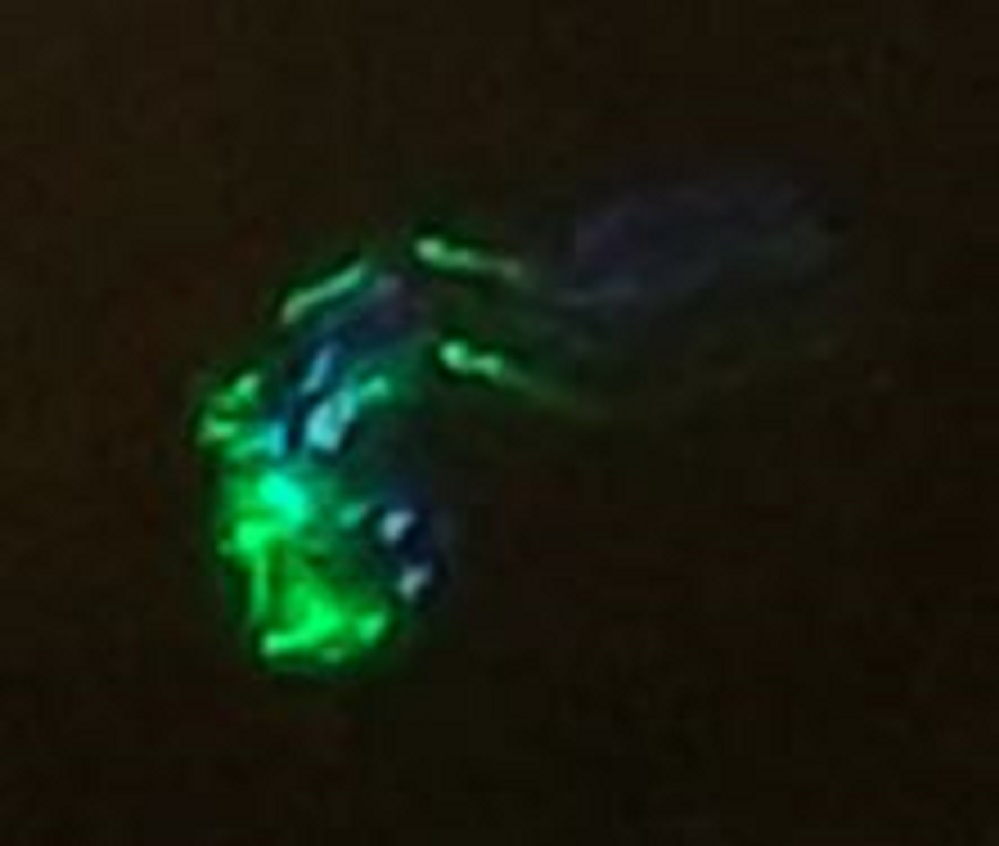 AMAZING PHOTO OF AN ALIEN CRAFT OVER IRAN
.
MARCH 15, 2016 TEHRAN IRAN
.
Looking out of the window, my partner and I saw a glowing, moving object across the sky. It was definitely not an aeroplane. It came from one direction and was moving across the sky into another direction. Then we saw another one, and another and another. The stream of objects appeared every few minutes, and they were not side by side, instead more like they were following one another. Some were far off in the distance, others came nearer to our apartment (on the 4th floor). It was very apparent they were all coming from the same destination and heading to the same destination. The objects themselves, were like glowing balls when seen in the distance. The movement was not sproadic, instead the objects moved across the sky, some did go a bit faster at times, but overall the objects moved quite steady. Sometimes a couple of them appeared to come closer to one another. Interestingly, the same evening, it was a national fireworks night and so there were fireworks going off across the sky. Please note, there was no way these moving objects were confused with fireworks, we have videos to demonstrate this, but it is interesting that such a lot of objects appeared the same night as when they could be partially camouflaged perhaps? As the evening progressed and the fireworks died down, so did the number of objects passing. At its most, we watched an object arrive and go every few minutes, it then slowed down to an object every 5-10 minutes (and then we went to bed). The objects did not suddenly disappear, instead they all continued to travel to a destination that we could not longer see from our apartment. One of the objects flew right above our apartment and the window and I saw it for a few seconds, it was like looking up at a bright, glowing circular object, about the size of a lorry. This close up allowed me to definitely see that this was a UFO. Also when taking photos, we could see through the lens, a circles of lights like windows, but I could not see this with the naked eye, and the photos did not show this (cheap mobile camera phone, no professional camera). This is not the first time we have seen UFO’s in this same area, it seems there is activity in this area. I took about 80 photos in total, and about 20 videos, I compiled some of the videos together and zoomed in and slowed down some of the video.
.
KEN PFEIFER WORLD UFO PHOTOS AND NEWS
WWW.WORLDUFOPHOTOSANDNEWS.ORG
WWW.WORLDUFOPHOTOS.ORG
THNKS TO WWW.MUFON.COM CASE FILES
.
.