GREAT PHOTOS OF AN ALIEN CRAFT OVER DUBAI
.
3-28-14 DUBAI
.
My wife and I were visiting the top deck of the world tallest building the Burj Khalifa for the sunrise observations. When the daylight begun to slowly take over the eastern sky, only minutes before the sunrise we noticed that a very bright starlike objects appeared in the direction where we were expecting the sun to rise but about 25 -20 degrees above the horizon. Since we looked at that direction already for some time we are sure that the object was not there and appeared only at 7:08 am. The few clouds in that direction became orange-red but the object was between the clouds and us (with the clouds in its background) and was emitting very bright light. 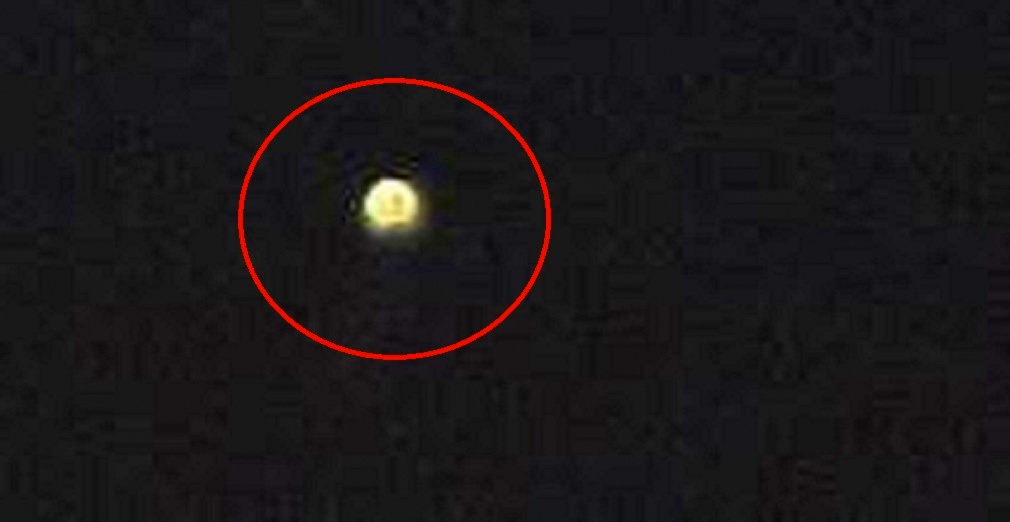 Soon, second object appeared just few degrees above and slightly to the right of the first object. They both were moving slowly across the sky. I began taking photos right from the time when I first noticed the first object and then I switched my Sony camera to video function and kept recording. First object appeared as being a spherical ball of fire with fuzzy edges that has changed into two balls of fire closely suspended toward one another with ionized like, glowing surrounding air. The higher on the sky positioned object although first appearing also as a singular spherical light has changed its shape to three closely positioned spherical lights with distinctive base like structure underneath. In intervals of some seconds the higher object was releasing (dropping down) what appeared as glowing gas in a shape of a water droplets. Those were slowly losing its glow on its way down. 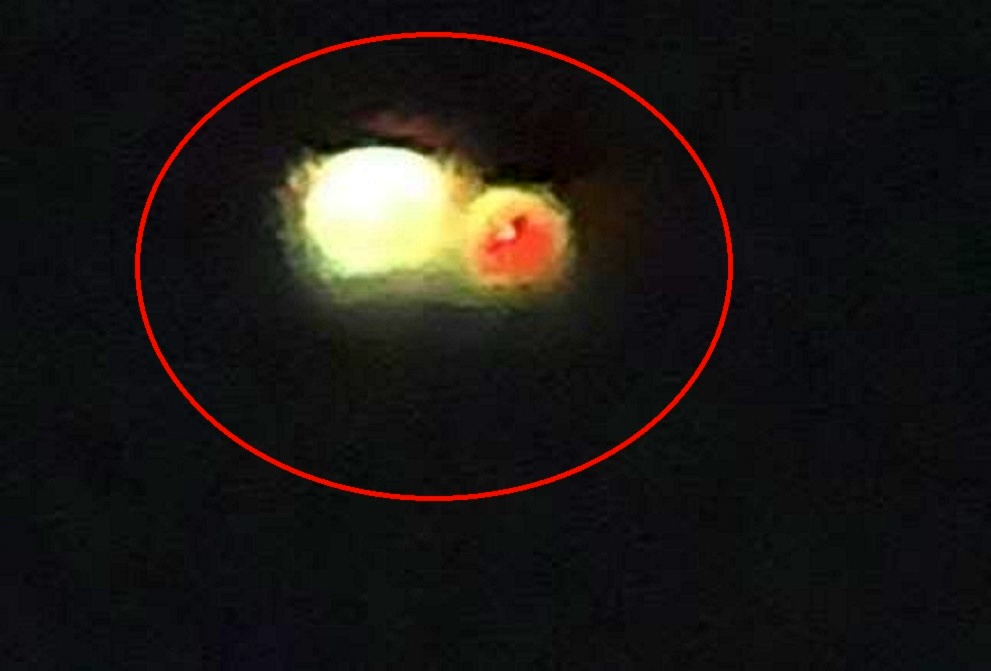 This can be observed on the recorded video. Unfortunately due to a very high zoom that I had to apply on the camera I had difficulty in maintaining the objects in the camera view at all times. After about two minutes of the observation the higher object with three lights has opened like, spreading the lights further away from one another but at the same time still connected on a three arm like structure. It then suddenly turned on its side (from horizontal three lights position to lights in vertical position) and lights went off and the object just zoomed away in the southern direction, leaving jet plane like trail. It was gone in seconds. This I was able to catch on my last photo with the object already departing with extinguished lights and the trail being left behind. There is also a moon visible in that shot as a good reference point. The other lower object just suddenly shot in the same southern direction with such a speed and so suddenly that it appeared as it disappeared almost in an instance. I enclose photos and the video. I just would like to add that I am granting The Mufon rights to use the supplied by me material as described on you Mufon Sighting Report page but I do not grant this right as being exclusive to Mufon since I may give the permission to use this material to other persons or organizations.
.
KEN PFEIFER WORLD UFO PHOTOS AND NEWS
WWW.WORLDUFOPHOTOSANDNEWS.ORG
WWW.WORLDUFOPHOTOS.ORG
THANKS TO WWW.MUFON.COM
.
.
.