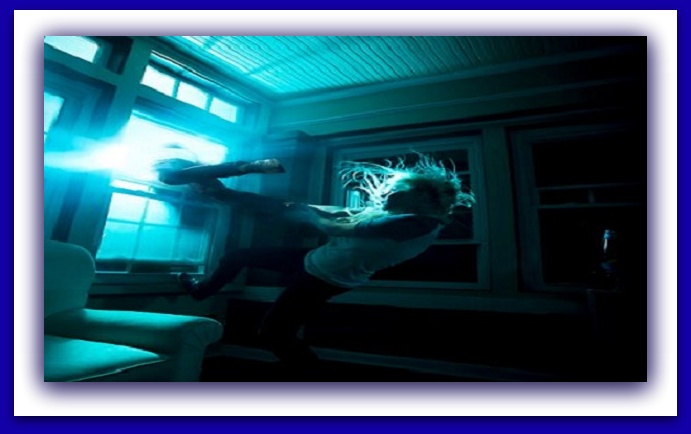 FATHER AND DAUGHTERS ALIEN ADBUCTION IN NEW YORK
SEPTEMBER 3, 1957………….BINGHAMTON NEW YORK
This event happened when I was 12 years old. I was in bed at night and looking out the window through my open curtains. It would have been about 9 pm, maybe a little later. The house next door was dark and the neighbors were away. Suddenly, in the yard between our houses, a glowing light appeared. It was oval in shape and the lights it gave off were whitish but with many other colors mixed in. These lights seemed to shift and change but they made no shadows on the ground. Whatever this was seemed to simply materialize out of the air and was possibly about 10 feet off the ground. It might have been just a few feet high but the size seemed to shift and change. The light appeared to open up and something began to come out. I was terrified and called out to my father who was passing my bedroom door on his way to bed. He came in and sat by the window to watch it with me. I asked him what it was and he said he didn’t know. I had the feeling we were seeing something we were not meant to see. Then we both either fell asleep or passed out. We woke up at the same time and the lights were gone. I don’t know how much time had passed. It could have been seconds or an hour. It felt like a long time. I asked my father again what happened and he again said he didn’t know. After that, whenever I asked him about the event he would get angry and say he had no idea what I was talking about. Soon after this happened, I began to have physical problems and a few years later was put on thyroid medication. When I was in my 40s, I asked my father one last time if he knew what happened that night. This time he did not deny it but he wasn’t able to recall anything much about it. I am now 70 years old and my father has been dead for a few years, so I am the only witness. I have told very few people about this experience, but having recently found out about Mufon, I thought I should record what I could remember. I’m sure what I saw had an intelligence behind it. I have no doubt that we are not alone in the universe.  NOTE: The above image is a rendering.
.
KEN PFEIFER WORLD UFO PHOTOS AND NEWS
WWW.WORLDUFOPHOTOSANDNEWS.ORG
WWW.WORLDUFOPHOTOS.ORG
THANKS TO WWW.MUFON.COM CASE FILES
.
.
.