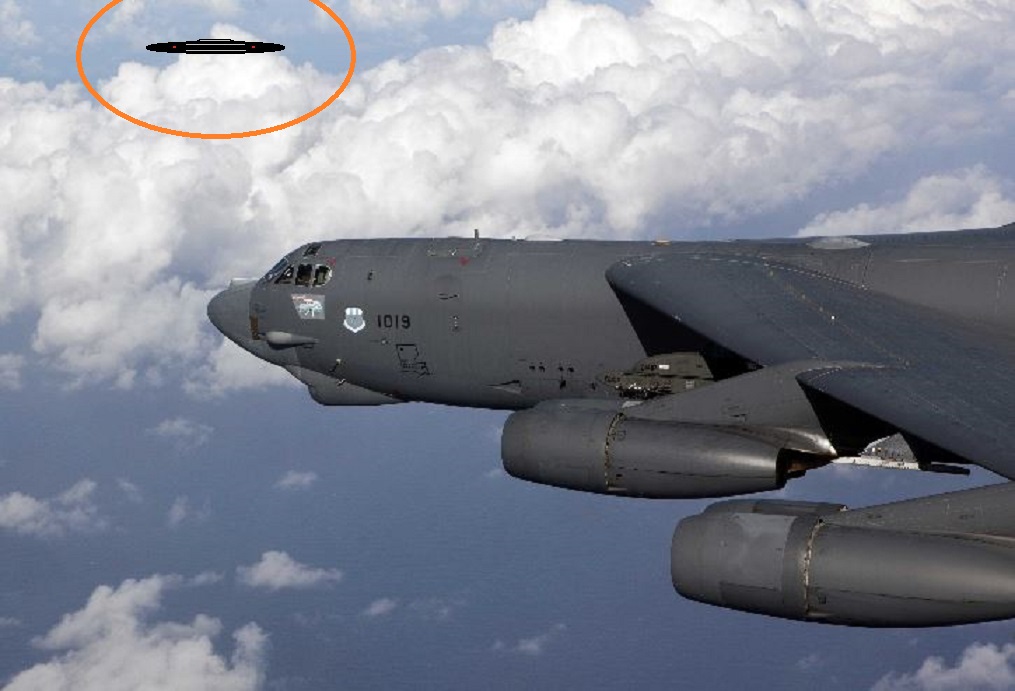 In June of 1978, while promoting his new TV show on the Merv Griffin show, Coleman spoke about a UFO sighting he had experienced while a bomber pilot in the fifties. I spoke several times to Colonel Coleman who knew a great deal about UFOs and had chased one over Georgia.  Colman states, “We were cruising at 10,000 feet when we spotted a target somewhere around 20,000 to 25,000 feet. It was about seven miles in front of us to our right, and we were overtaking it. It then started descending across our flight path, and I decided to check it out. Therefore, I advanced power and began closing a little faster and descending. We kept getting closer and closer and pretty soon we were within a mile of the object, flying over trees at 345 MPH.”   The plane closed to within an eighth of a mile of the disc-shaped object.) “It was about 60 feet in diameter and 10 or 11 feet thick through the center,” he said. “It had what looked like a titanium-type finish (silver gray). I pulled up and made a hard turn that put it out of sight for roughly for four seconds. We whipped back to pull up alongside of it and it wasn’t there. I zoomed up to 1500 feet. `There it is!’ I said. It was about 2 miles in front of us going across a field leaving a red dusty trail behind it. I guessed its speed at about 170 MPH.” After another dive, the crew lost sight of the object. “We never saw it again.” Thanks to Grant Cameron Website   Note: I spoke with Colonel Colman who was quite convinced UFOs were real and had written a book that was published in Japan in Japanese and was trying to get it cleared to publish in the United States.  NOTE: The above image is CGI.

AND THE FILER FILES.