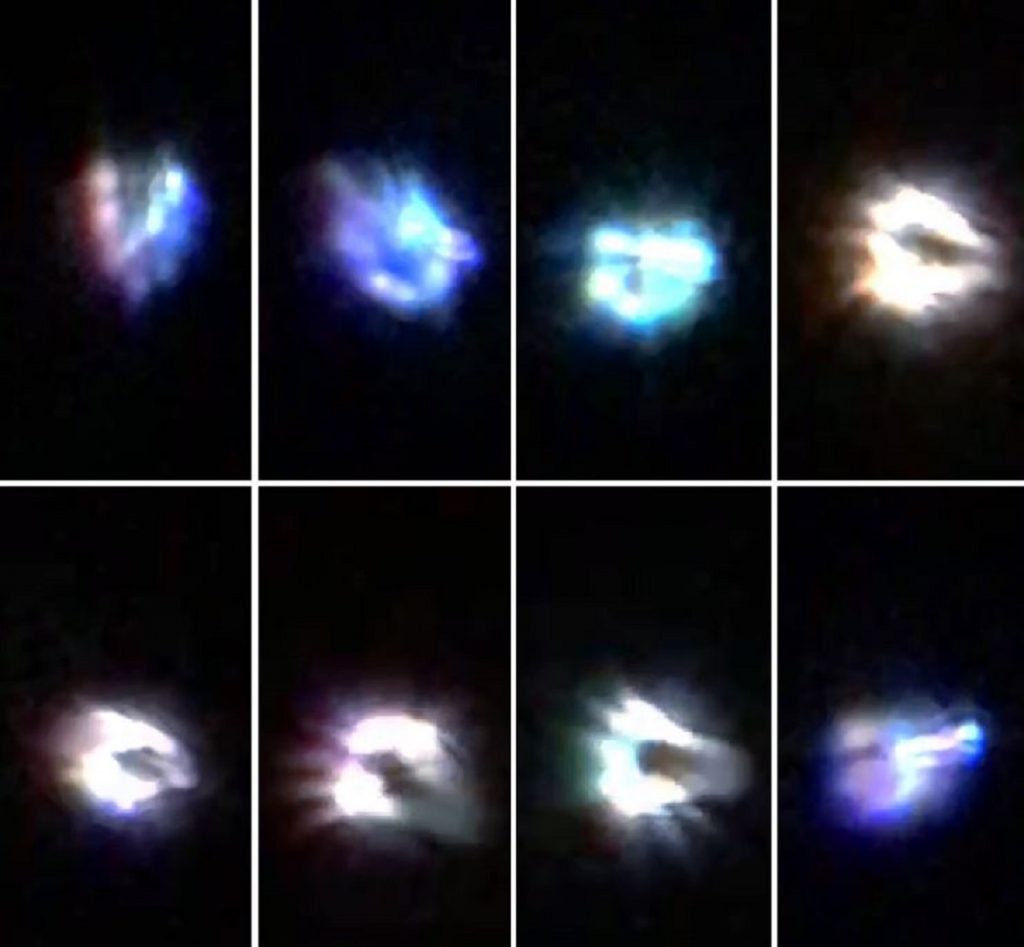 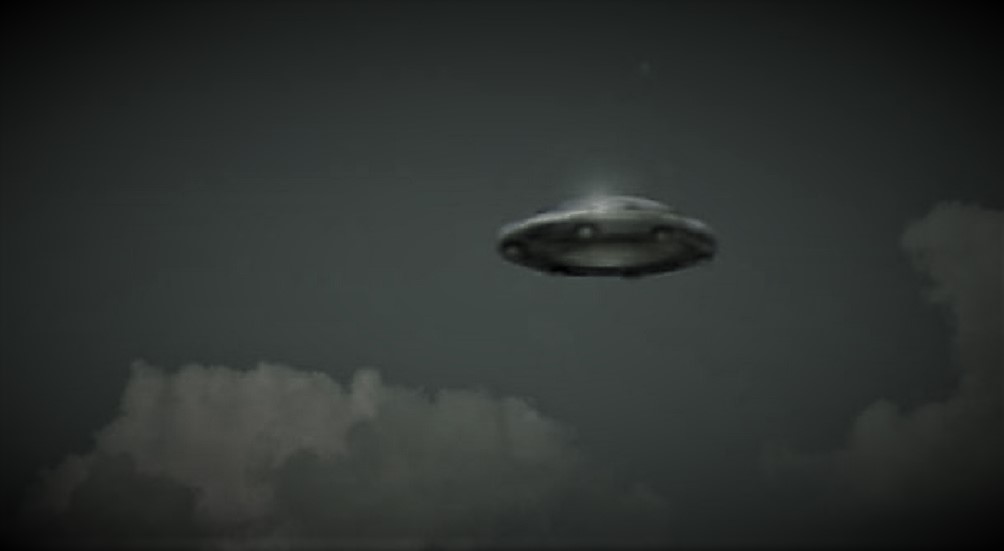 That night at my grandmother’s house.  It was about 3 am. My grandmother’s backyard is very large and behind the house is a large garden with many trees that have no lights. The instant I came out of the house I immediately saw that object. The top of the trees at the bottom of the yard. I think the diameter was a bus size. It was silver and slightly shiny with white and blue lights. I did not feel scared and curiously went to the middle of the yard, but when I got closer, it moved back. When I was moving, I felt a sense of a warning to my mind. I was afraid and persistent. I looked at it for about a minute, so long, I felt like he was looking at me. Then I went back a few steps and then went back and then suddenly disappeared quickly to the top. NOTE: The above image is CGI.

This case is under investigation by International Director Ken Pfeifer of MUFON Iran. 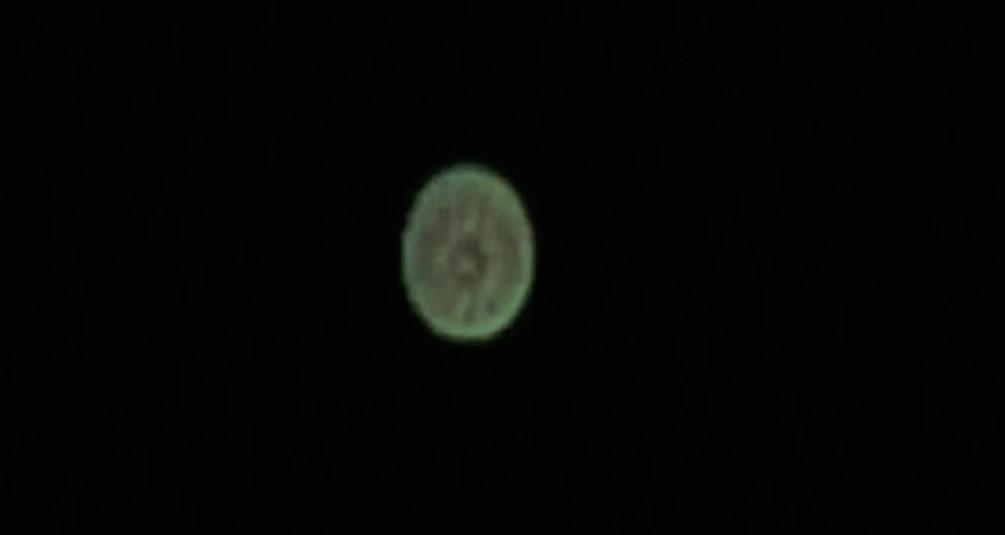 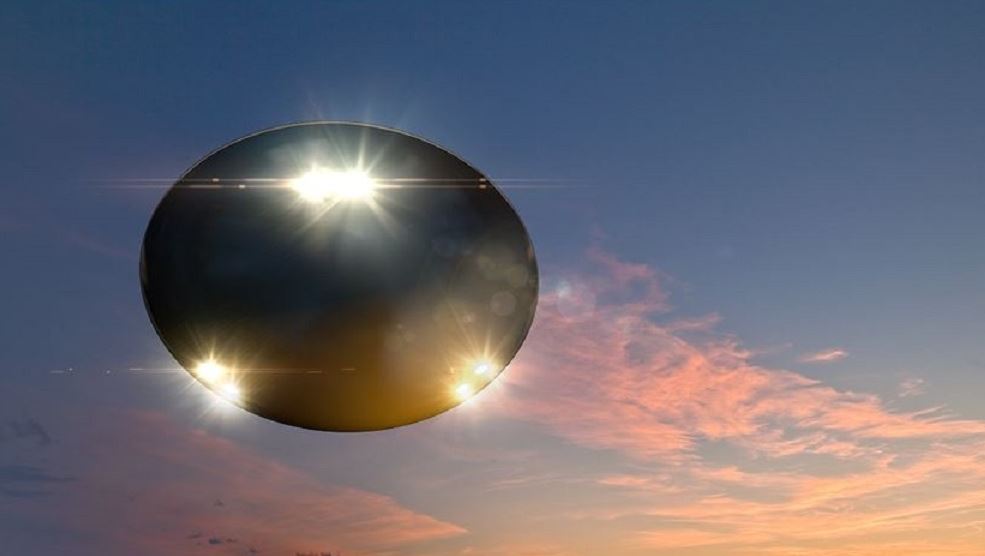 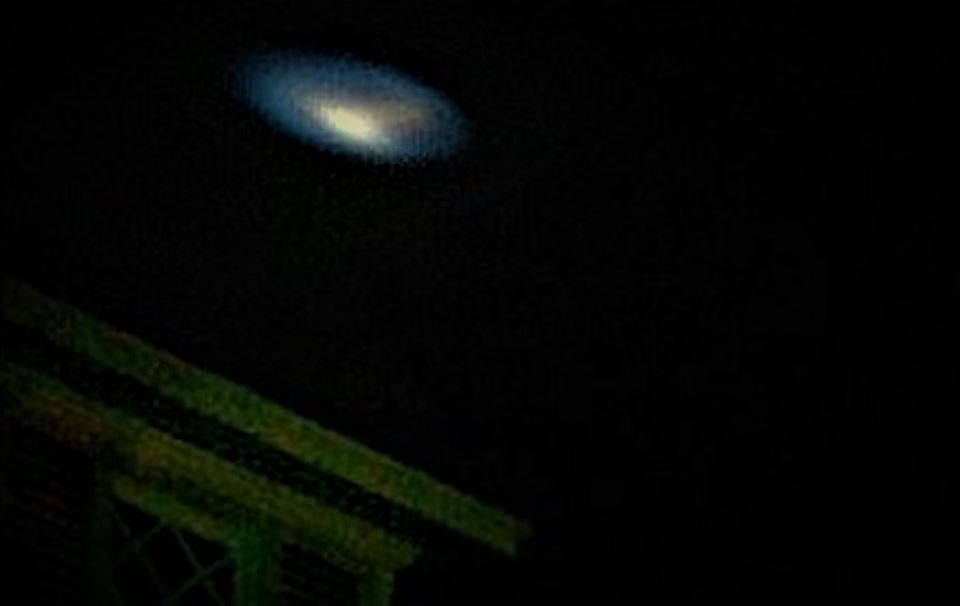 In the month of January in 2006 I had an incident of sleep paralysis. I have had such incidents before, but this was different. At the other end of my bedroom, approximately 20 ft away from me I saw a shadowy, hooded figure, just standing still. It had no discernible features. I do not recall any attempt of communication on the part of the entity. It was a terrifying experience. I was unable to move, despite trying as hard as I could, and I could feel the presence of this thing, whatever it was, in my room. I finally managed to wake up and regain full mobility. The figure was gone, leaving behind no evidence it was ever there. There was no one home at the house. Several years prior I began working as a firefighter and Emergency Medical Technician (certified in January 2005). Sometime between 2006 and 2007 I noticed that I had become very intuitive when treating patients. I could often figure out what was wrong with them very quickly and correctly. This is not uncommon for EMTs who have years experience; but I was still relatively new and inexperienced. I have more or less had this intuition since. I didn’t place the two things together until recently, having watched interviews and lectures by “experiencers”, some of whom had experiences similar in nature to mine in, and developed strange, “sixth sense” like abilities. I am a skeptic. I have never seen a UFO/UAP. I have never had an incident where I have seen an entity, outside of the possibility of the above scenario. That said, I cannot rule out there was not some related phenomena that I witnessed here, and I cannot simply dismiss the experience out of hand.  NOTE: The above image is CGI.

This case is under investigation by Jack Nicholias, State Section Director MUFON