A Strange Shape At The Edge Of The Field!

On the morning of 24th April 1964, at a little after 10 am, 27-year-old, Gary Wilcox was on his farm in Newark Valley, New York. There were multiple fields on the 300-acre site. On this particular morning, he was driving one of his tractors, spreading manure in a field that would contain crops. As he was doing so, he noticed a strange shape seemingly hovering, only ever so slightly, at the edge of the field near the woodland. He peered over for several more seconds before changing the direction of the tractor and heading directly towards the aerial anomaly.  As his trusty vehicle trampled over the soil below taking him towards this strange object, he could see that it was an oblong shape, “resembling an egg”. He would estimate it to be around twenty feet long and around four feet high. He brought the tractor to a stop and climbed down from the cabin making his way towards the object.  Wilcox reached out to touch it, even tapping it with his closed fist and kicking at it lightly with his foot. It was most definitely of a metallic exterior and the color of aluminum. Remarkably, although a detail found in multiple close encounter incidents since, the exterior bore “no rivets or seams” and was completely smooth and polished. As if the object was from a single piece of metal. Furthermore, the object didn’t give off any heat and was absolutely silent.  As he continued to examine the strange craftt, two short “men” approached him.

“Don’t Be Alarmed! We Have Spoken To People Before!”

He would later recall that the men were no more than around four feet tall. Furthermore, they appeared to have come from underneath the object, although Wilcox couldn’t see any type of entrance. Each of them carried a strange “square tray”, upon which was various roots, leaves, and samples of soil. They each donned a “shiny white metallic suit” which covered their entire bodies.  Wilcox and the two entities watched each other for several moments. There was no doubt Wilcox could feel the fear inside him rising with each second. Perhaps sensing this, one of the strange humanoid creatures said, “Don’t be alarmed. We have spoken to people before”.  He would later state how bizarre and blurry the situation was. On the one hand, he could understand the strange creatures perfectly well. On the other, though, he couldn’t tell if they “were speaking English or not”. He would also recall how “their voices did not sound like a voice I could describe”.  Then, in a bizarre and perhaps authentic twist, they would quiz Wilcox about all manner of things relating to his work as a farmer. Everything from why he was doing what he was doing, what the tractor was, why was he “spreading manure”, and what even was manure. It would appear that “they were very interested in organic substances” of the planet. In total, he would spend almost two hours answering questions and explaining, in detail, the most mundane things to the average human. They had, bizarrely enough, an intense interest in “fertilizer”. And asked numerous questions of it as well as general farming practices.  This is interesting in that many encounters tend to be the reverse. With information either passed to or asked by the witness. However, Wilcox still had several intriguing details to reveal.

Suddenly, the two occupants would state they had to leave. Remembering their questions, Wilcox offered to get them a bag of fertilizer to take with them to study. However, they claimed to have no time to wait. They would re-enter their craft which then began to rise slowly into the air. A small “motor-noise” was present, similar to an “idle car engine”. It began to glide a little before suddenly racing off into the distance, disappearing within seconds.  Interestingly, Wilcox would return to the area of his encounter later that afternoon with a bag of fertilizer. He left the bag near a tree next to the spot the UFO was hovering that morning. When he returned the following morning, the fertilizer was no longer there.  Wilcox would report the incident to the New York police department. And while he would receive considerable attention from UFO researchers and sensationalist-writing journalists alike, he would maintain he would do the exact same thing again if he were to have another contact experience.  Perhaps also of interest is the fact the incident occurred within hours of one of the most famous UFO incidents on record, the Zamoro, or Socorro Incident. While this case is one we will look at in a future article, the fact that Wilcox would make his report within hours of this encounter, at a time when he quite obviously wasn’t aware of the incident in Socorro is at least worth noting. Given that Allen Hyneck, at the time one of the leading skeptics in America, would state the Socorro incident to be a genuine mystery, it would surely be a long shot that a farmer on the other side of the country would report an almost identical craft.  Incidentally, Wilcox’s farm would go downhill following the encounter as nothing would grow on large portions of the land. He himself would receive specialist medical treatment for radiation burns. Furthermore, government agents would investigate the land for some time due to the radiation. As well as a strange “darkened patch” of land. He would go on to become a very accomplished mechanic. Whether there is a connection to his newly found skill or not is perhaps open to debate.  NOTE: The above image is CGI. 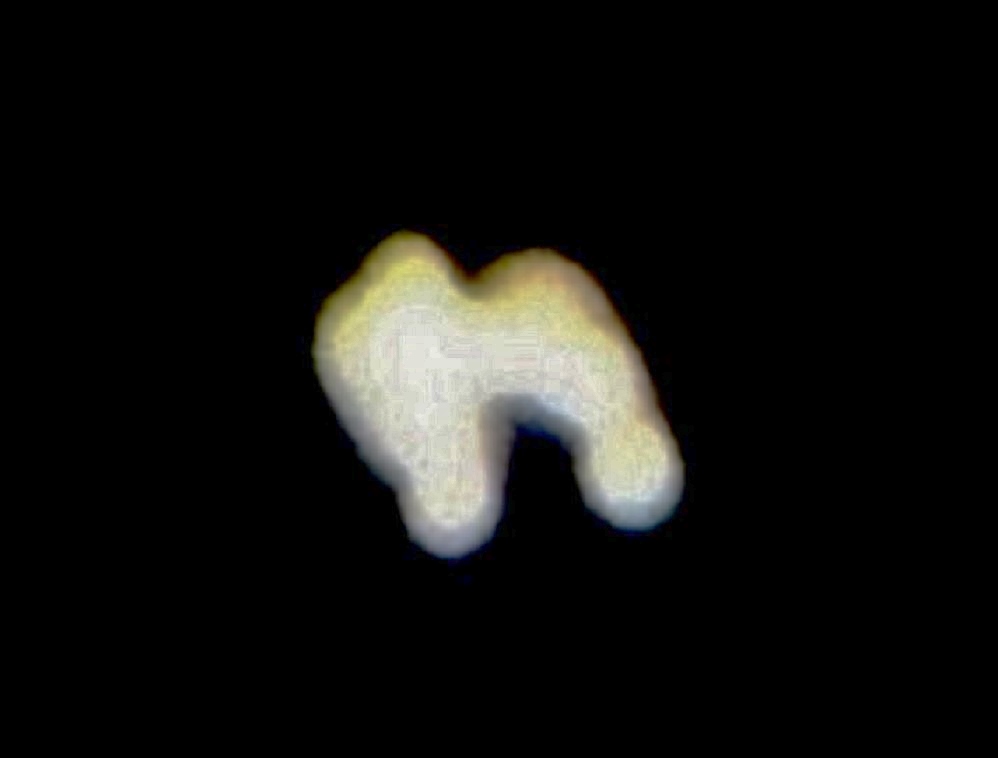 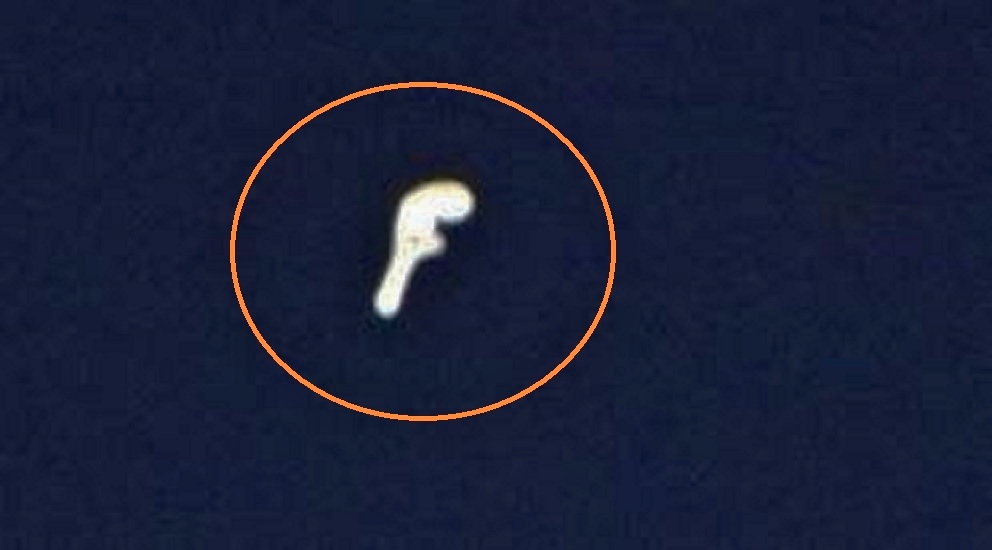 cccraft through an invisible door of some kind.  The full realization of what he was witnessing sent Bruno into a full run away from the frightening encounter. As he fled, he heard a sound like that of a large beehive. One of the remaining creatures pointed a type of weapon at the scared worker, and a beam of force knocked him to the ground.  Although in pain, he was able to watch the last activities of the strange aliens as they prepared the craft to take off. The beehive like sound increased as the object made its way into the skies and vanished from view.  The next day, Bruno made a full report of his encounter to the police force. There were signs still visible of the activities of the night before. Police found burned patches on the ground, and indentation marks of an extremely heavy object.  Also found were some odd, green pieces of a metal-like substance. Bruno recounted the welding operation, and suggested that the green pieces of debris were refuse of the process.  The fragments were analyzed. The results of this test concluded that the fragments were an “anti-friction” material, containing several types of metal along with a lubricant. In September 1953, UFO investigators had their own tests conducted on the green substance.  A scientific institute specializing in metallurgy assessed that the fragments were 74% copper, 19% tin, and other trace elements. The substance, under heavy magnification was a yellow-white color, but did not contain any metals which could not be found on Earth. These conclusions did not entirely rule out the possibility of an extraterrestrial connection in the case of Bruno Facchini. There is no way to conclude that the metal composition could not be made on another planet.  Facchini’s accept was taken very seriously by all who knew him. He was a respectable man, well liked, and considered to be reliable and trustworthy. He gained nothing from his tale of the strange object and occupants he described on the night of April 24, 1950.  NOTE: The above image is a rendering.

SPECIAL THANKS TO WWW.UFOCASEBOOK.COM CASE FILES