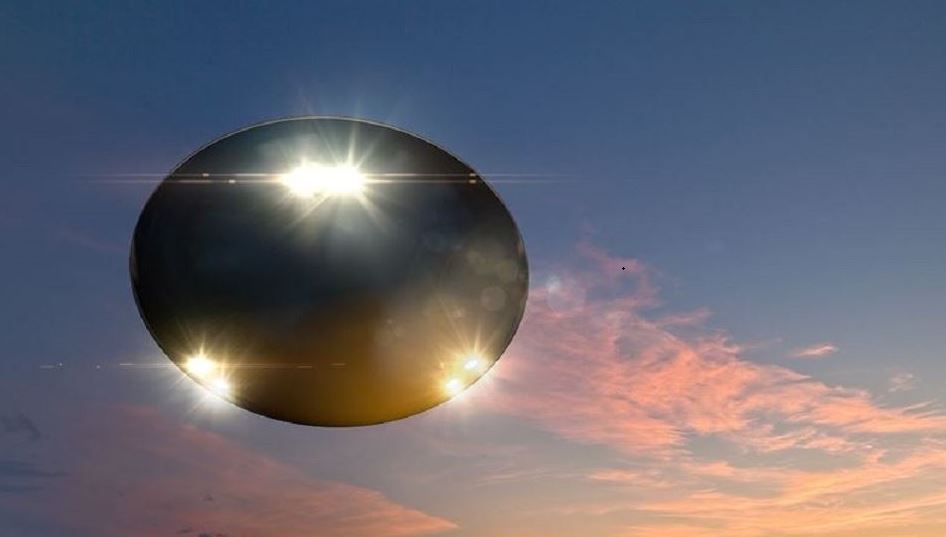 On 25th April in San Jose, two scientists were driving to their place of employment (a private unnamed company) when they witnessed a strange object traveling through sunlit skies overhead. The time was a little after 11 am when biochemist “Dr. W.” and bacteriologist, “Dr. Y.” were driving along the road. They continued to follow the strange aerial anomaly until they arrived at their company car park. There, they would exit their vehicle and take a closer look.  Over the road from their location, directly over the building that resided there, was a “small metallic-looking silver disc”. It was at a tilt of approximately 20 degrees and was rotating. One of the witnesses would later describe it as “like the motion of a disc in a water meter”. They would estimate the width of the disc to have been between four and five feet.  Neither of them could hear any particular sound from the object, certainly not what you would associate with conventional aircraft of the time. They also noticed no sign of exhaust or any other type of fuel emission. Suddenly it would burst into motion again. It would move through the late-morning sky in an arc-like motion. When it was over the railroad, it turned in the air and moving around ten miles per hour, it would head in their direction.  It was then that both witnesses noticed a much larger black object, much higher above at around an altitude of 10,000 feet. They would estimate it to be at least 100 feet across and simply hovered silently with a strange authority. Moments later, two identical large black round objects appeared as if out of nowhere.

Second Thoughts Of An Official Report

With their attention momentarily on the much larger discs above, the two doctors noticed the smaller, silver disc was now much closer. It was still approaching, and still at its calm, leisurely pace. Then it stopped moving and spinning at the same time. It remained still for a second or two before moving off at a much faster pace, climbing higher as it did in the direction of Mount Hamilton. In sympathy with it, one of the large black objects moved away in the same direction.  The two men remained where they were next to their parked car. The two black objects continued hovering before one of them set out towards the north and the other shot directly upward disappearing into the waiting cloud in the upper reaches of the atmosphere. The men checked their watches. It was 11:15 am – only fifteen minutes had passed by. Each would quickly make their way to their respective offices to immediately dictate accounts to their secretaries. Dr. W originally planned to make an official report to the nearby Moffett Field air base. However, while waiting on the line, he suddenly had visions of public ridicule from his colleagues. He hung up the phone.  Although they wouldn’t make official reports, they would speak privately and under anonymity with UFO researcher James MacDonald. The sighting, by two respected professionals no less, is certainly intriguing. And is one that would be replicated several times in sunny California over the next several weeks.  NOTE: The above image is CGI.

MANY WITNESSED AN ALIEN DISC OVER AUSTRALIA
.
APRIL 25, 2016   …………..  MACKAY AUSTRALIA
.
Every year Australians celebrate the ANZAC DAY dawn service. We gather to celebrate those servicemen and women lost at war. This event takes place just before dawn. Today I was standing listening to the speeches when looking up to the horizon a very bright flashing light caught my eye. It was like a tripple strobing before it went out. After about 8-10 seconds it lit up once more only this time it wasn’t as bright and it looked like a lighthouse light. Gaining in intensity then dulling. The crowd around me heard me telling my two daughters and their school friends and then also began to follow its path. It was an extremely solem occasion so the environment was very quiet, the object gave no sound. We could see a dark sphere when the light was off and it moved slowly across the sky in a northwest direction. At one stage it gave out another bright burst of light before we lost sight of it. It was very high up. I’m not entirely sure of it’s exact altitude but it was at a similar height of a commercial aircraft if not slightly lower and moving very slowly. When I first saw the light I knew it wasn’t an aircraft because there were no navigation lights visible, there was no sound at all. I also have never seen a satellite this low and that emitted any light other than that of the suns reflection. We should’ve seen the sun reflecting off it at this time as the sun was rising behind it. Even though we could see the dawns light on the horizon, given the objects altitude it would have been within the suns line of sight making it brighter. I’m not entirely sure on how many people witnessed this event but I know the packed crowd around me had many looking up and pointing in bewilderment. I didn’t get any photos of this event. But all I can say is that it looked like a black/charcoal sphere that seemed to fully light up before going dark again.  NOTE: The above image is CGI.
.
KEN PFEIFER WORLD UFO PHOTOS AND NEWS
WWW.WORLDUFOPHOTOSANDNEWS.ORG
WWW.WORLDUFOPHOTOS.ORG
THANKS TO WWW.MUFON.COM CASE FILES
.
. 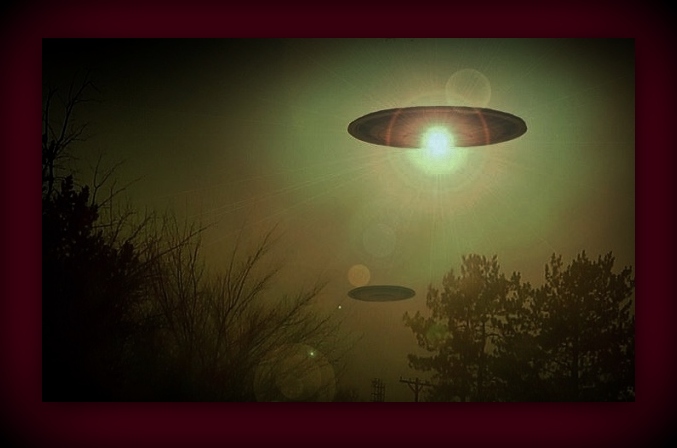 Dr. W (biochemist) and Dr. Y (bacteriologist), both employed by a private company, about 11:00 a.m. were driving to their office when Y saw something odd overhead that seemed to be moving against the wind.  They entered the company parking lot and got out of the car to look. Directly over a building across the street was a small, metallic-looking disc, tilted at about a 20 degree angle and rotating around a vertical axis, wobbling “like the motion of a disc in a water meter.  The distance was estimated to be about 50 ft, and the disc appeared to be 4-5 feet in diameter The wobble allowed them to judge the thickness as about 1.5 feet as the disc proceeded directly over their heads, continuing to rotate and wobble.  No sound or exhaust emission of any sort was detected. It moved in an arc about 40-50 feet overhead very slowly, perhaps 8-10 m.p.h. When it neared some railroad yards, the disc curved around and made a fairly distinct turn, heading back toward them.  At this point Dr. Y suddenly saw something else overhead, which Dr. W also then saw: a black object at high altitude hovering motionless under an overcast (later determined to be about 10,000 ft). It was round, and apparently much larger than the silvery disc, perhaps 100 ft in diameter.  As they watched, two identical objects came into position as if they had dropped out of the cloud overcast, and the three objects jittered around like boats in a stream”.  About this time the small disc had neared again, still moving slowly. Suddenly it stopped spinning, hung motionless for a moment, then rapidly climbed towards the NNE in the general direction of Mt. Hamilton. At the same time that the small disc began its climb, one of the three black objects left the formation and headed in the same general direction. The black object and the climbing disc seemed to be on a converging course, when suddenly both seemed to disappear into the overcast.

The remaining two black objects maintained their original position for another minute or so, then one of them headed off to the north and out of sight, while the other went directly up into the clouds and disappeared, terminating the incident at about 11:15 a.m. The two scientists immediately went into their offices and dictated accounts of the sighting for a permanent record.  Dr. W felt obliged to make an official report and placed a call to Moffett Field. While waiting on the line for someone to be found to take his account, he had second thoughts about exposing himself to personal ridicule and hung up, so no report was made to the Air Force or other agencies.  Special significance: In addition to the observation by scientifically trained witnesses, and loss of an official report due to the ridicule factor, the scientists’ reaction is instructive. They had found it “a most disturbing experience:’ They had been forced to the conclusion that they had seen some objects of such unusual propulsion characteristics that it was difficult to think of it as anything other than extraterrestrial. NOTE: The above image is a rendering.