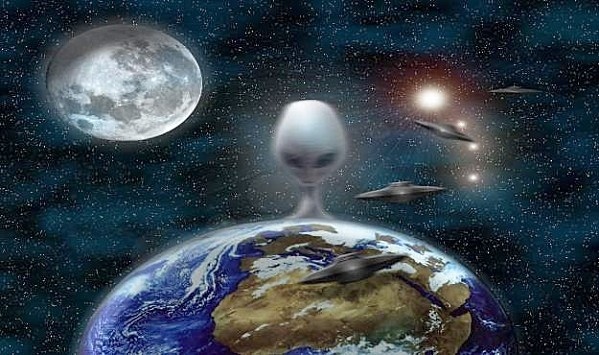 WTF  …………….   1,500 YEARS BEFORE WE MAKE CONTACT ???
.
COULD IT BE POSSIBLE THAT MOST SCIENTIST AND ASTRONOMERS ARE DEBUNKERS
.
It may take 1,500 years before extraterrestrials make contact, say astronomers.  It might take another 1,500 years before extraterrestrial aliens make contact with the human race, a team of astronomers has predicted.  The scientists performed a calculation based on the likelihood of technological civilizations arising among the stars, and the probable length of time they had been transmitting signals across space.  They concluded there was no reason to think we are alone in the universe. We just need to exercise a little patience.  US researcher Evan Solomonides, a PhD student from Cornell University, said: “We haven’t heard from aliens yet, as space is a big place – but that doesn’t mean no one is out there.  “It’s possible to hear any time at all, but it becomes likely we will have heard around 1,500 years from now.  “Until then, it is possible that we appear to be alone – even if we are not. But if we stop listening or looking, we may miss the signals. So we should keep looking.”  Astronomers have long pondered why, given the number of stars in our galaxy, the Milky Way, there has been such a deafening silence from the cosmos, despite attempts by SETI (Search for Extraterrestrial Intelligence) scientists to eavesdrop on alien signals.  There are more than 200 billion stars in the Milky Way, almost half of which may host Earth-like planets, according to one estimate.  If life is not unique to the Earth and has evolved in a similar way elsewhere, the galaxy should be teeming with civilizations. Yet not one confirmed alien signal has ever been detected.  This puzzle was highlighted in 1950 by Italian physicist Enrico Fermi in what has become known as the “Fermi Paradox”.  A number of logical reasons for the lack of contact have been suggested. These include the possibility that intelligent extraterrestrial life is very rare or non-existent, that all intelligent civilizations eventually destroy themselves before reaching out to the stars, that the aliens have decided inter-species communication is too dangerous, or that they are observing us from afar as part of a “hands off” experiment.  The new research suggests there is nothing contradictory about “Fermi’s Paradox” and we should not have expected to make contact so soon.  The scientists’ starting point is the fact that humans have only been broadcasting TV and radio signals into space for around 80 years. By now these signals should have reached more than 8,500 stars within 80 light years of the sun.  Although this seems a large figure, it is tiny compared with the number of stars in the Milky Way.
.
KENS NOTE:  Are these people serious. I guess these Scientist and Astronomers  guess like everyone else.  Where is all of the Scientific proof behind all this speculation.  Our proof that Alien Craft are real is from all of the documented cases by our military.  Our own Presidents have witness alien craft and this information is documented.  Our proof is from the Astronauts that have seen these alien craft in space and on earth and it is all documented.  Our proof is from all of the alien craft photo from witnesses.  My web site has over 9000 alien craft photos and the Scientist and Astronomers are telling me that not one of them is real.  It’s very hard to think that many Astromomers and Scientist are debunkers.  It may be true………..
.
KEN PFEIFER WORLD UFO PHOTOS AND NEWS
WWW.WORLDUFOPHOTOSANDNEWS.ORG
WWW.WORLDUFOPHOTOS.ORG
THANKS TO https://home.bt.co.
.
.