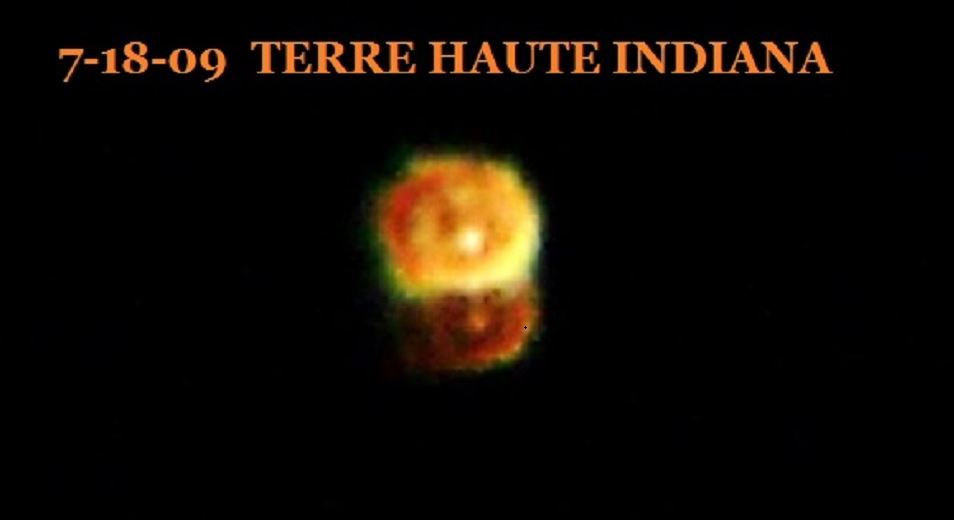 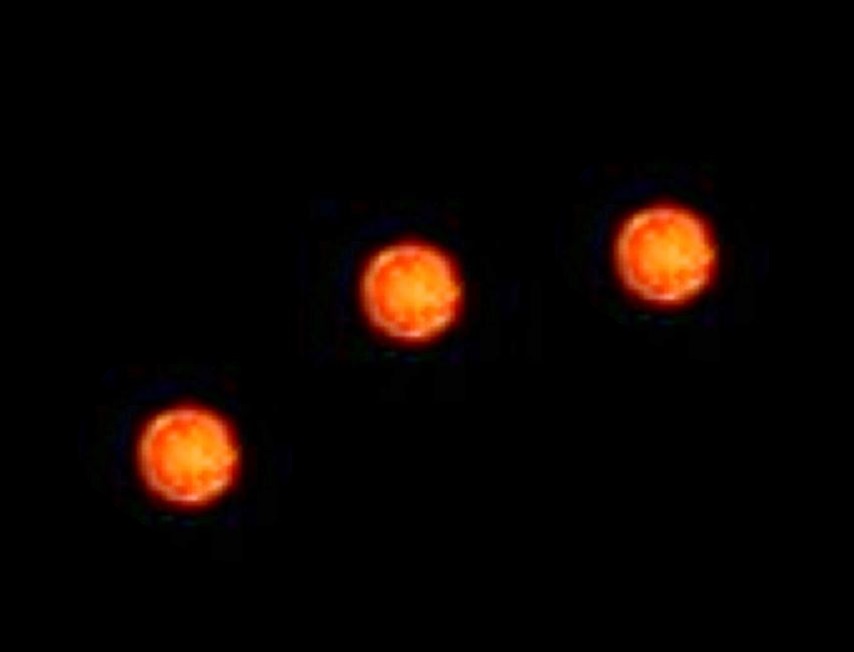 I have to be to work at 5:15am so i take my dog out to use the bathroom every morning at 4:15am. It is still dark when this occurs. I live on a street with around 15 townhouses in a college town. So the area is not rural but has plenty of houses nearby. I walked out the front door to take my dog out and I got an odd feeling like something wasn’t right as I got halfway down my driveway. I looked around and quickly noticed 3 basketball sized spheres that were in between the house directly in front of me and the house to their right. (My left) they seemed to be almost touching but looked like clouds. 2 were on the bottom and 1 was on top like a little pyramid. Now I wasn’t freaked out yet at this point as I just stood there staring at it and wondering what I was looking at. After noticing no clouds in the sky on this morning and that these things were only 15 feet or so off the ground I reached for my phone to snap some pictures of them. As I was going through my phone to access the camera I was startled. As if someone flipped on a lightswitch these 4 lights just came on above my neighbors house. (Directly across the street) They were the corners of a black flat diamond shaped ufo.

I was so scared I ran back to my front door frantically trying to get inside. I was the only person outside on my street this early and I felt like this thing had made itself aware because of me. I got inside and slammed the door shut. I ran over to the kitchen window and looked at it for about 10 seconds and then called my girlfriend in a panic. After a 5 minute conversation about it with her I looked back out the window but the diamond could no longer be seen. Only the spheres in between the houses. But I knew that the diamond was still there and I knew that those spheres were related to the ufo. I was so scared that I never once thought about taking a picture of the ordeal. I was late to work that day because I sat their staring out the window at those spheres for 45 minutes knowing that the ufo was still nearby. Right when it started getting light I had walked away from my window for a minute or so and walked back and could not see anything there any longer. I waited maybe 10 more minutes and then ran to my car and hurried out of my driveway to work. To this day I do not know exactly what it was or what it was doing above my neighbors house but I am sure of what I saw and have nothing to gain by sharing my story. I do regret not taking a picture or video now but I only saw the ufo for about 2 minutes total. I just knew that it was using some sort of camoflouge but had not left yet because of the spheres that appeared to be related to it. They never moved and remained there for about an hour.  NOTE: The above image is CGI.