On May 7, 1952, Joao Martins and Ed Keffel went to the place called Barra da Tijuca to do a routine job for their magazine. At 4:30 P.M., Martins suddenly spotted an object approaching in the air at high speed. He thought at first it was an airplane he was facing . It looked like an airplane. There was still something strange, Martins realized. That “plane” was flying sideways. He shouted: “What the devil is that?” Keffel had his Rollei-flex at hand and Martins yelled: “Shoot, Keffel!” Ed Keffel grabbed his loaded camera and got five pictures in about sixty seconds, thus obtaining the most sensational photographic sequence of a flying disk.

The following is a personal statement written by Mr. Martins, which was also endorsed and cosigned by Mr. Keffel:

I herewith confirm that in May 1952, I saw an “unidentified aerial object” at Barra da Tijuca, as was published, with every detail, in the review [magazine] 0 Cruzeiro at the time. Together with me was the photographer-reporter Ed Keffel, an exemplary professional, well-succeeded and well-respected for his honesty and seriousness, who obtained a series of photos of the above-referred object.

These photos were also published by the above-mentioned review, for which both of us worked at the time. Besides being a journalist, I am also an engineer; and I also have a large experience and knowledge of meteorological, astronomical, and optical phenomena. I have experience of all known types of aircraft and can state that the referred object cannot be framed in any natural phenomena or aircraft of my knowledge.

Neither I nor Ed Keffel tried to derive any financial profit from the fact. We were at the time exclusively contracted by that review [0 Cruzeiro], and there we handed in our report and the photos, without receiving any extra bonus for either. Neither did we receive-nor did we wish to-any payment from anybody, either for the account or for the photos or for the appearances we were practically obliged to make on different occasions on television… I narrated the fact in free talks to military authorities and university auditoriums.

I do not know what that object was, and because of this, I classified it in the category of “unidentified flying object”, commonly called a “flying saucer.” The incident, besides the annoyances it entailed, contrived to call my attention on the subject as an only advantage, and consequently I have done research on the subject with the greatest detachment, both in sightings here in Brazil and abroad. . .

As to the position of the Sun and the shadows on the foliage, as seen in one of the photos of Barra da Tijuca, it is easy to confirm them. One need only go there; and it is easy to reach the spot, at the same hour and time of year corresponding to the fact. This, in fact, has already been done, back in 1952, by technicians of the Brazilian Air Force, as was later divulged in detail by researcher Cleto Nunes by means of TV and the Press.

Criticism, denial of the facts, or discussions by whoever does not know the subject or knows it from a distance or through reading third-hand publications, that are usually incorrect, can only be due to intolerance or dishonesty of purpose. As to me, I ignore them, for I am a professional who does not base his career on that report, nor have I the time to lose in sterile debates. I reported merely what I saw and whatever I had to say has been said.

SPECIAL THANKS TO BILLY BOOTH AND HIS WEB SITE HTTP://WWW.UFOCASEBOOK.COM ONE OF THE TOP UFO ORGANIZATIONS IN THE WORLD 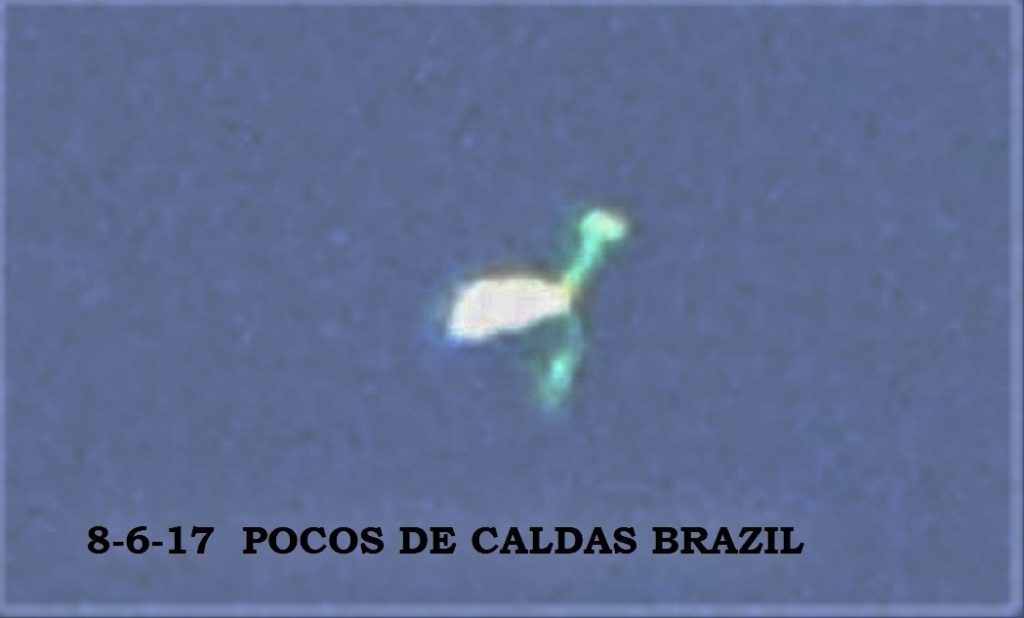