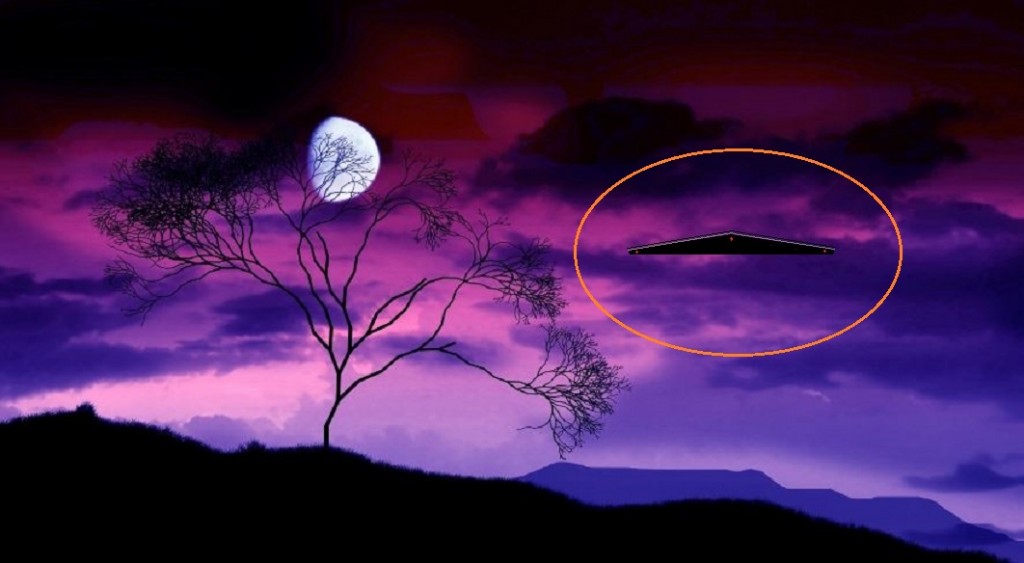 CORRECTIONS OFFICER TRIANGLE CLOSE ENCOUNTER IN TEXAS
.
JULY 15, 2015   ……………  BROWNWOOD TEXAS
.
I was on Indian Creek Dr. which was on the same road I take to the Havins Unit where I work as a correction officer. I was on my way to my house on break when I saw this triangular, silver, flying object. It had pulsating lights on the side which I saw as it hovered over my car. My radio was statically , so I turned it off. I opened my windows to listen for any noise that the radio might have drowned out , I bent down as it started to move towards the east thinking it might crash since it was so close to the ground. I watched as it moved slowly over the trees , then without a sound it was gone. I tried to call 911 on my cell phone but I don’t know if it was because I was so jittery or it was controlled by some unknown cause. I live less than 5 minutes from my unit where I work, so I called 911 from my home. I explained what I observed and I thought I saw a UFO. I explained that I was a correction officer and that I would soon be going back to my unit after I returned from break.  I called central office and told them to be expecting sheriff officers to talk with me. She laughed it off, when I returned everyone knew what I had seen and that I called 911, they all laughed at me and no one from the sheriffs office ever showed up. I endured a lot of jokes and was made fun of for years. I saw that UFO heading east , toward the Brownwood National Guard Unit . I know what I saw even though no one believes me , it scares me today because I know they are out there.  NOTE: The above image is CGI.
.
KEN PFEIFER WORLD UFO PHOTOS AND NEWS
WWW.WORLDUFOPHOTOSANDNEWS.ORG
WWW.WORLDUFOPHOTOS.ORG
THANKS TO WWW.MUFON.COM
.
.