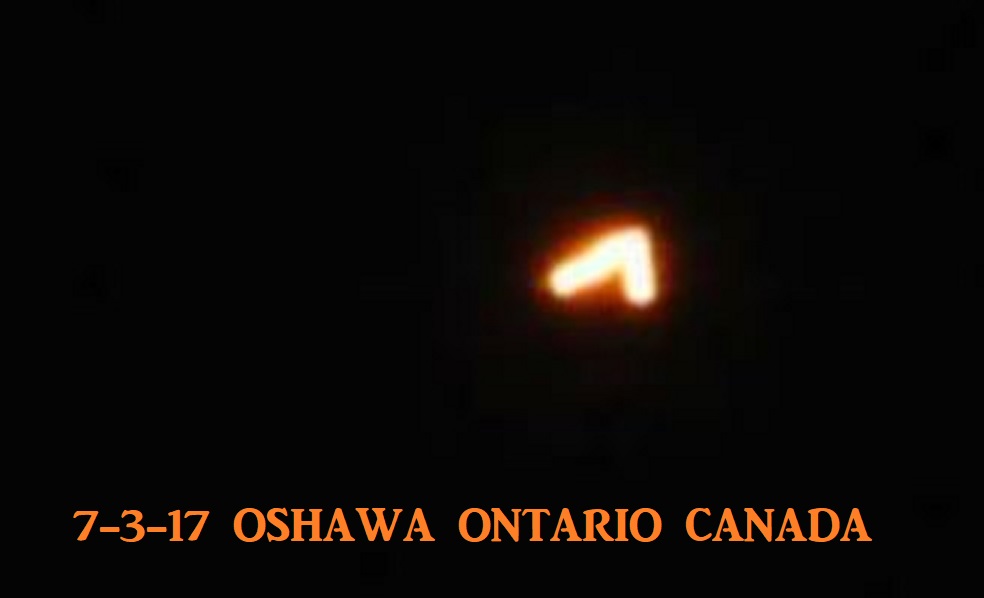 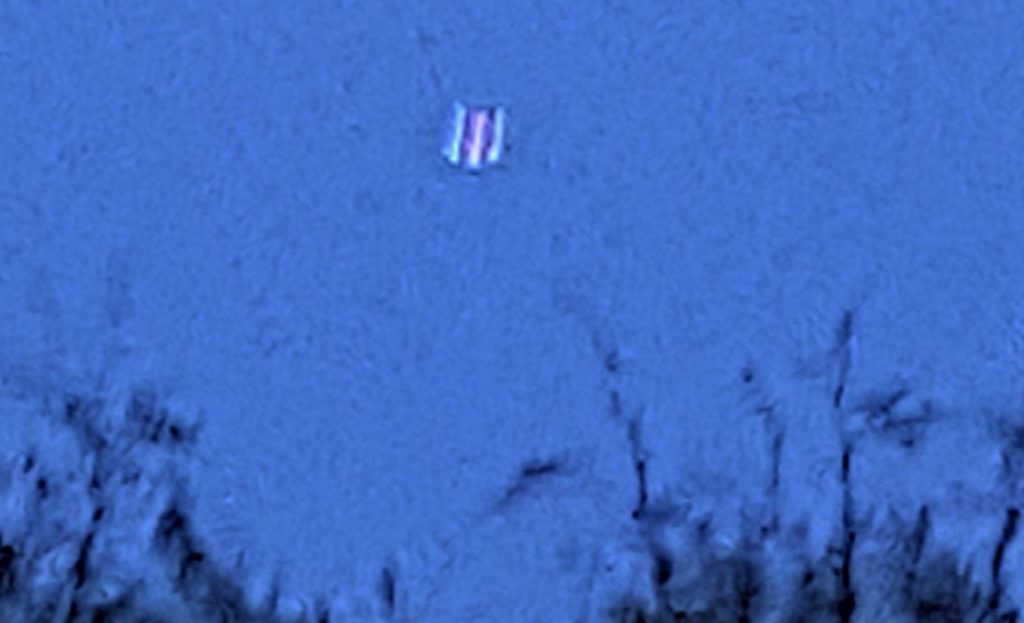 We were out in our back yard, BBQ and my wife saw the object. I was on telephone, and immediately got off. I told my wife to take as many pictures as possible . It was standing still, and all of the lights were on , they were white, red and green lights. When I first observed it I thought this must be a UFO, as I had never seen anything like this before. It was standing still in the sky, then suddenly it shot off across sky, and stopped dead still again. Then it just took off and disappeared. The hair on my back stood up, as this must have been something I would never witness again in my lifetime. I felt I had seen my first UFO. 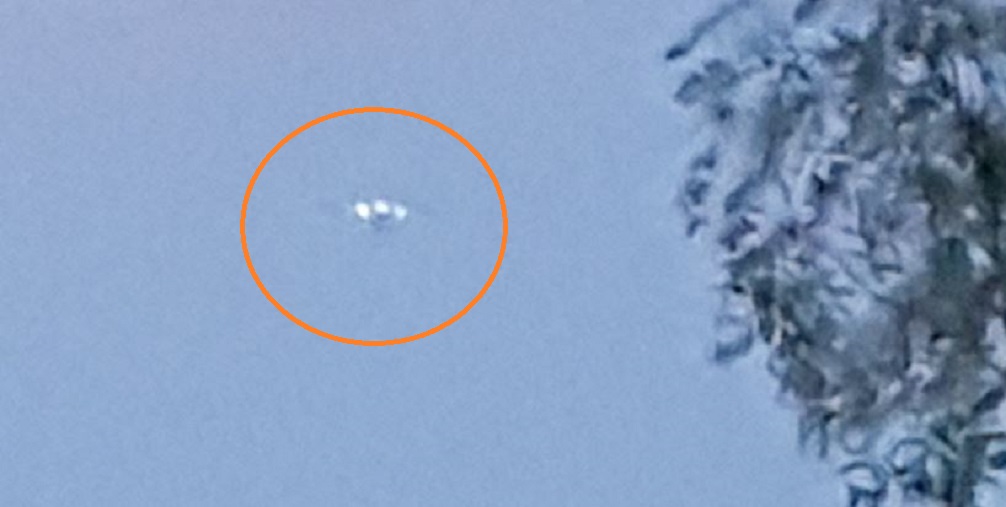 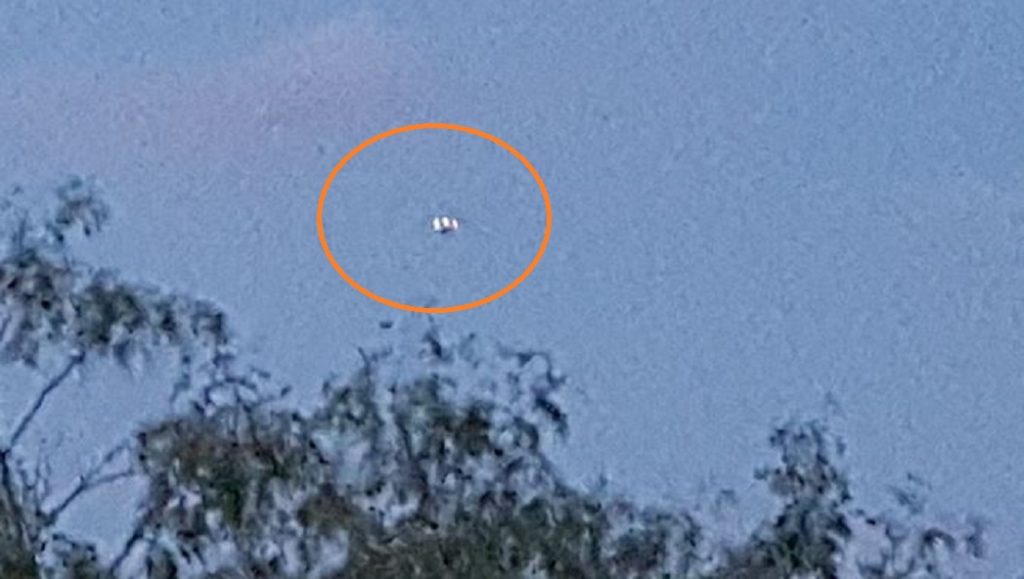