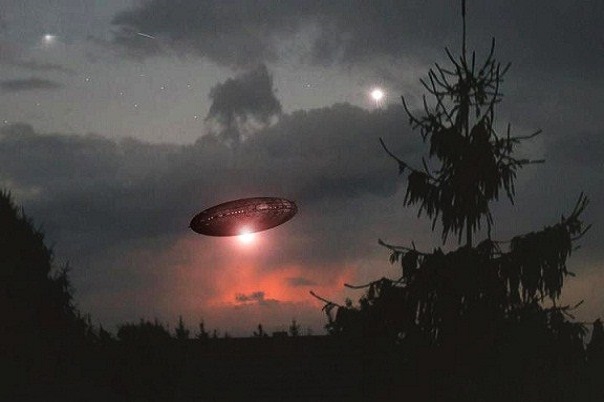 One of the most mysterious stories of a crashed UFO with alien bodies preceded the well known Roswell event by some six years. This case was first brought to investigators by Leo Stringfield in his book “UFO Crash / Retrievals: The Inner Sanctum.”  He opened a tantalizing account of a military controlled UFO crash retrieval which is still being researched today. The details of the case were sent to him in a letter from one Charlette Mann, who related her minister-grandfather’s deathbed confession of being summoned to pray over alien crash victims outside of Cape Girardeau, Missouri in the spring of 1941.  Reverend William Huffman had been an evangelist for many years, but had taken the resident minister reigns of the Red Star Baptist Church in early 1941. Church records corroborate his employment there during the period in question.  After receiving this call to duty, he was immediately driven the 10-15 mile journey to some woods outside of town. Upon arriving at the scene of the crash, he saw policemen, fire department personnel, FBI agents, and photographers already mulling through the wreckage. He was soon asked to pray over three dead bodies. As he began to take in the activity around the area, his curiosity was first struck by the sight of the craft itself. Expecting a small plane of some type, he was shocked to see that the craft was disc-shaped, and upon looking inside he saw hieroglyphic-like symbols, indecipherable to him.  He then was shown the three victims, not human as expected, but small alien bodies with large eyes, hardly a mouth or ears, and hairless.  Immediately after performing his duties, he was sworn to secrecy by military personnel who had taken charge of the crash area. He witnessed these warnings being given to others at the scene also.  As he arrived back at his home at 1530 Main Street, he was still in a state of mild shock, and could not keep his story from his wife Floy, and his sons. This late night family discussion would spawn the story that Charlette Mann would hear from her grandmother in 1984, as she lay dying of cancer at Charlette’s home while undergoing radiation therapy.  Charlette was told the story over the span of several days, and although Charlette had heard bits and pieces of this story before, she now demanded the full details. As her grandmother tolerated her last few days on this Earth, Charlette knew it was now or never to find out everything she could before this intriguing story was lost with the death of her grandmother.  She also learned that one of the members of her grandfather’s congregation, thought to be Garland D. Fronabarger, had given him a photograph taken on the night of the crash. This picture was of one of the dead aliens being help up by two men.  Charlette Mann gave, in her own words, an account of what she knew for a television documentary.  NOTE: Read the rest of this amazing story on www.ufocasebook.com .  Go to Case files…then Archived cases.  The above image is a rendering.