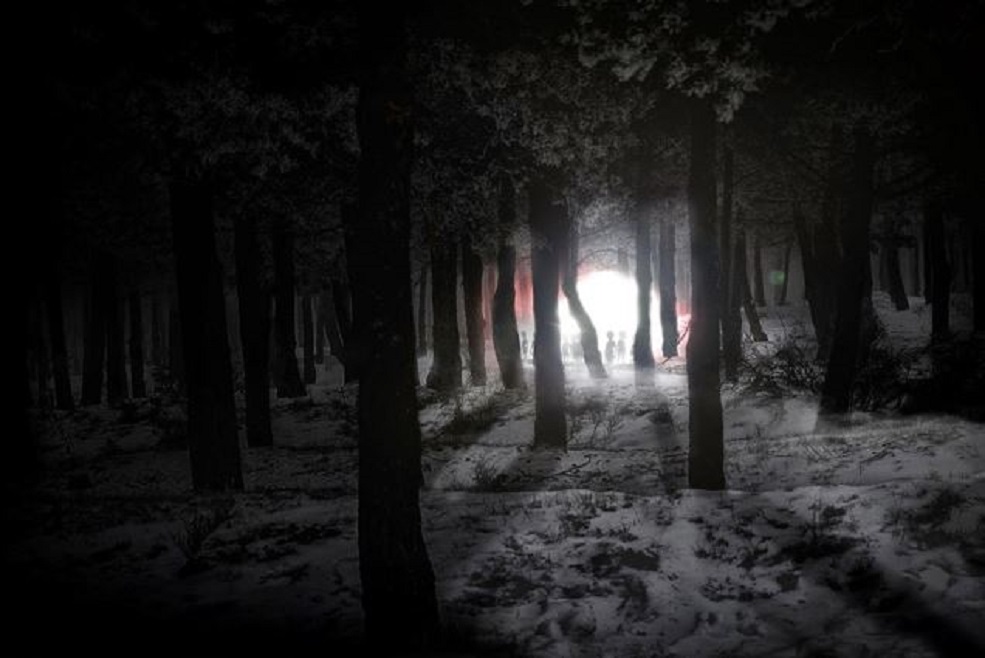 NEW INFORMATION ABOUT THE RENDLESHAM FOREST INCIDENT
.
DECEMBER 23, 1980  …………  RENDLESHAM FOREST ENGLAND
.
I was sitting on the back porch of the Black’s Farm. It was dark and cold. I was cleaning rabbits on the back porch that my father had shot. I was finishing up with the rabbit when a white ball of light coming from the south of the house moved north to the back field behind the house. It as completely silent. I watched it with awe, not quite believing what I was seeing. It hovered over the far field and looked to be about the size of a Mini Cooper. It cast a glow on the wet mud in the field and then seemed to land in the field. It was simply beautiful. It looked like it was pulsing. I eventually snapped out of it. I went to get my dad. I was very excited. When we came back out, it was gone. Like it had blinked out of existence. My father did not think I saw what I knew I had seen. He told me it was probably a helicopter and not a big deal. I knew what I had seen.  The next day I walked out to where I thought it landed. I went back to my house got my dad and told him he needed to come out and see what I found. We got out there and there were three circular impressions there on the ground equally spaced out and my original set of footprints going to and from the site, very muddy and then our prints going back to the site where the orb had landed. My father was surprised enough that he called the base and reported what he had found and I had seen. No one ever came to my knowledge to check the site. Then a couple of days later the famous Rendlesham Forest event occurred at RAF Bentwaters Woodbridge.”  NOTE: The above image is CGI.
.
KEN PFEIFER WORLD UFO PHOTOS AND NEWS
HTTP://WWW.WORLDUFOPHOTOSANDNEWS.ORG
HTTP://WWW.WORLDUFOPHOTOS.ORG
HTTP://WWW/NEWDISCOVERIES51.YOLASITE.COM
HTTP://WWW.HEAVENSRANGERS.NET
THANKS TO HTTP://WWW.PHANTOMSANDMONSTERS.COM
.