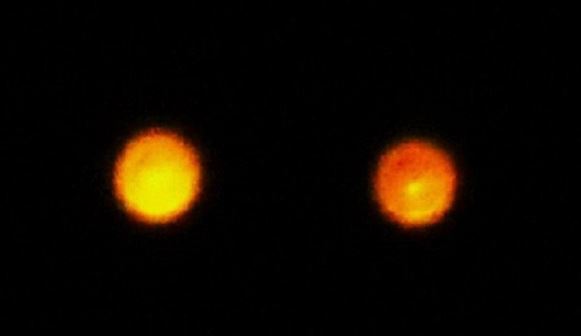 Are aliens making visits to the Llandudno area? This is the question being asked by a couple who believe they have seen UFOs several times in the last 12 months. Robert and Susie Hale of Llandudno, say their first experience was when they saw and unusual Easter egg-shaped object in the sky above their home in March the previous year. As they watched it seemed to glide before making sudden jumping maneuvers and then appeared to change shape into a sphere and sped away into the clouds Three weeks later, the couple were walking on Invalids’ Walk, a footpath on the western slopes of the Orme, when they spotted what they describe as a vivid ball of light hovering above the cliffs. Robert said: “Previously we had been skeptical about UFOs but these sightings made us think perhaps they do exist, so we started to keep a look out for anything else unusual.”

In July, above Cwm Mountain, close to their home, they saw a charcoal-colored triangular shaped craft. It carried no markings but made a low-pitched humming noise as it sped off. On August 25, also above Cwm Mountain, they again saw an Easter egg-shaped object, this time with what seemed to be a spherical object suspended beneath it. “It came right overhead, making a very low humming noise and then flew off,” said Robert. “It’s very strange.” said Robert. “We don’t know where to go for the answers.” And Susie said: “We never used to believe in these things but we are seeing them so often that we’ve changed our minds.” NOTE: The above image is CGI.