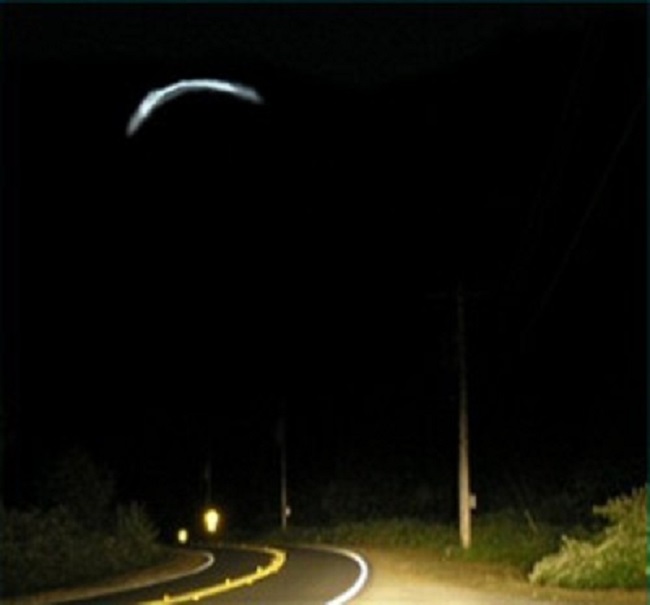 AIRLINER HAS A RUN IN WITH AN ALIEN CRAFT IN ARGENTINA
.
FEBURARY 17, 2016 ………………..  RIO GRANDE ARGENTINA
.
A pilot from a well-known airline saw a strange “object” as he was about to land in Rio Grande, this object was in an area “forbidden” or restricted to air traffic at such a time, and the pilot asked the tower if they could pick up any “air traffic.” The tower replied that no abnormalities were detected and then asked the pilot if the object in question was in the airliner’s flight path. The pilot said no, that it was over to one side, and was then given permission to land by the tower, which requested a report, which was recorded.

This event became known through the Facebook page of renowned tour operator José Heredia, who reported the occurrence, given that his position allows him to have access to communications betwen airline pilots and the control tower.

The news was published by Infofuegina (web site) but lacking any certainty or particulars on the case, he decided to set the note aside until more information could be gleaned. But while the entry was still active, it caught the attention of the Reportes Ovni Argentina NGO, two of whose members contacted journalist Ramon Taborda Strusiat, who had only heard vague reports from listeners to a radio station that broadcasted the event. The source, however, was unknown until it was finally discovered, and it was the Facebook page itself.

Jose Heredia wondered: A UFO in the skies of Rio Grande? He said that while working at home, “getting ready to go to the banking district” and “listening to the Control Tower frequency of the Rio Grande Airport as always, following the path of air operations in the city, he suddenly heard a private aircraft pilot’s report to the air traffic controller on duty regarding alleged ‘traffic’ in his air corridor (the airplane’s path) which had not been reported.”

Heredia added: “The reply was not long in coming. There should not be any traffic whatsoever in that corridor at the time. In other words: an unidentified flying object report in the vicinity of our city.”

“In fact, ANAC personnel asked the pilot to leave a written record at the Flight Plan Office upon his arrival. Verbatim, from half an hour ago…approximately,” Heredia wrote at 11:48 hours on 17 February 2016, which suggests that the event occurred at 11:20 that morning.

Meanwhile, according to the Jesus Leguizamo of the Reportes Ovni Argentina NGO, one of the group’s members managed to contact the pilot in Buenos Aires, but he refused to go public with the story.    NOTE: The above image is CGI.