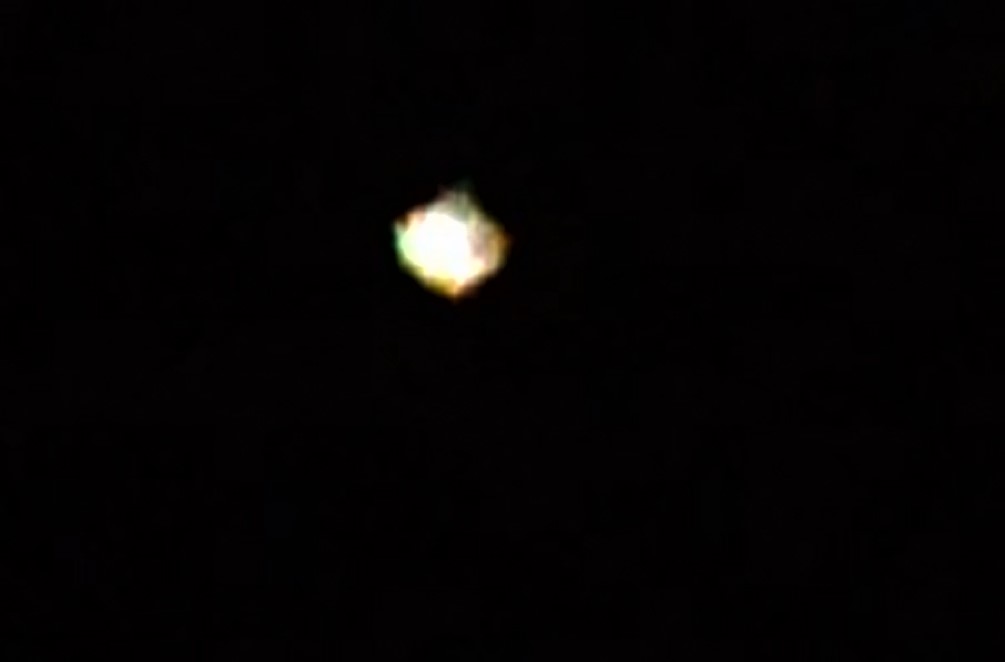 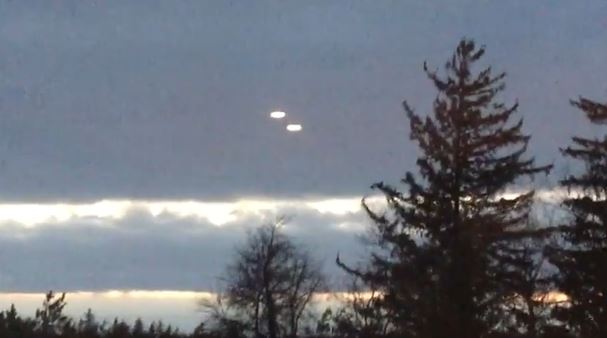 PHOTO OF A CLOAKING ALIEN CRAFT IN ONTARIO
.
FEBURARY 21, 2016   ……….  HAMILTON ONTARIO CANADA
.
Hello, On February 21, 2016 at around 5:50 PM I witnessed 3 UFO’s hovering outside. The sighting happen in Hamilton, Ontario, Canada it was a very cloudy day, and the sun was setting at the west. I was in my bedroom about to turn on my PlayStation 4 that is located along my bedroom wall next to a large modern window with the blinds pulled up, As I turned on my PS4 I looked outside to see 3 bright objects in the sky hovering beside each other in a strange formation. At first I thought I was looking at airplanes/helicopters with their headlights turned on but their was no movement, after a few seconds maybe 6-9 seconds one UFO at the very top started blinking randomly, few seconds later the middle UFO disappeared and reappeared in the same exact spot it was in, I called my mom over who was in the kitchen to show her and she did not know what it could be… After a few more seconds 2 UFO’s started blinking but very slowly and stopped, the 3rd UFO is slightly hard to see in the video the 3rd UFO is almost like transparent slightly visible, So I pulled out my IPad Air 2 and started recording. 3 seconds into the recording and the UFO’s started disappearing one by one. After the UFO’s disappeared into the clouds (which is what it looked like) I looked into the sky all around me inside my bedroom window to notice anything unusual and everything looked normal like always. I went back to review the video and noticed a 4th UFO along the right side above the tall middle tree, that 4th UFO must have appeared and disappeared at the same time the last UFO on the left side disappeared. I did not see the 4th UFO when I was recording the other 3 UFO’s on the left side disappear on my IPad screen. I have no idea how high and how far away the UFO’s were, possibly hovering 2-5K feet high… The UFO’s looked VERY large. I did not hear any strange noises or any aircraft engines, Cars were driving on the road so perhaps that is why. The color of the UFO’s was a yellow/orange almost like car lights.
.
KEN PFEIFER WORLD UFO PHOTOS AND NEWS
WWW.WORLDUFOPHOTOSANDNEWS.ORG
WWW.WORLDUFOPHOTOS.ORG
THANKS TO http://www.latest-ufo-sightings.net
SEE VIDEO HERE >>  https://youtu.be/QbHwJ9rRtUA
.
.