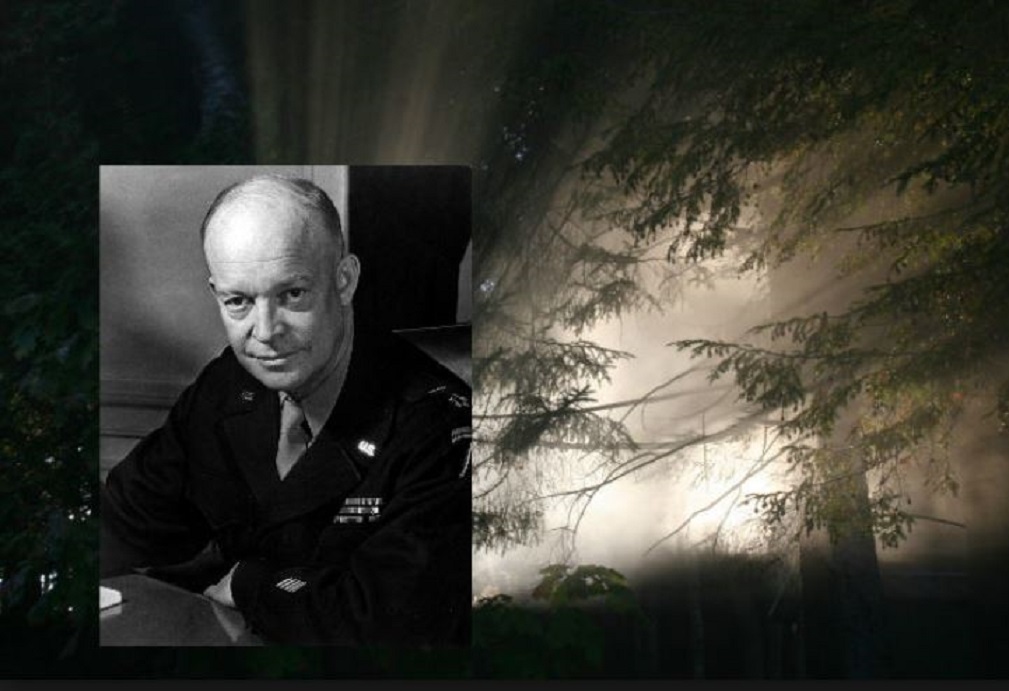 PRESIDENT EISENHOWER’S DEAL WITH THE ALIENS

In 1954, the race of aliens, known as the Tall Greys, who had been orbiting the equator, landed at Holloman Air Force Base.  They stated that their DNA is unraveling at an accelerated rate to which they will meet their ultimate demise very soon if they don’t find a solution. The Tall Greys wanted access to the human genome for genetic research and planned to create a new organism that was both human and Grey, which is now referred to as “hybrid”. These organisms would be vessels used as genetic templates for the continuance of their race.  The Tall Greys stated that for purposes of genetic research, they wanted authorization to abduct humans. They promised that the humans would be returned to their place of abduction unharmed and with no memory of what occurred.  The Tall Greys stated that they wanted their presence on Earth to remain a secret and that needed the government to stay out of their affairs. In order to keep their presence a secret, underground bases would built. One underground base would be a joint government/military and ET base. This base is referred to as Dulce Base.  In exchange for assisting the Tall Greys, the US government would receive their technology as well as further assistance with technological advancement. The Tall Grey’s would also stay out of human affairs. To make the deal official, a treaty was signed by President Dwight Eisenhower.  The Greada Treaty was signed by then President Elect Dwight Eisenhower .  According to the testimonies examined so far, the February 20-21, 1954 meeting was not successful, and the extraterrestrials were spurned due to their refusal to enter into technology exchanges and insistence on nuclear disarmament by the US and presumably other major world powers.  Cooper describes the circumstances of a subsequent agreement that was reached after the failure of the first meeting. While Cooper has a different version of dates and times for the 1954 meetings, he agrees that there were two sets of meetings involving different extraterrestrials meeting with President Eisenhower and/or Eisenhower administration officials back in 1954, under the Eisenhower administration, the federal government decided to circumvent the Constitution of the United States and form a treaty with alien entities.