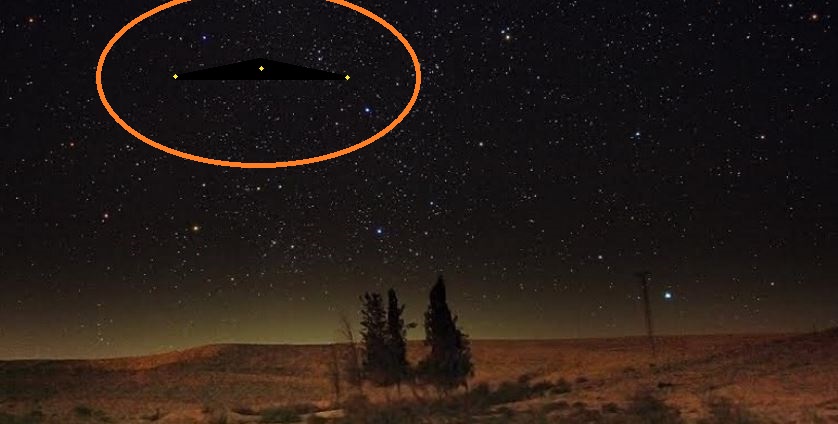 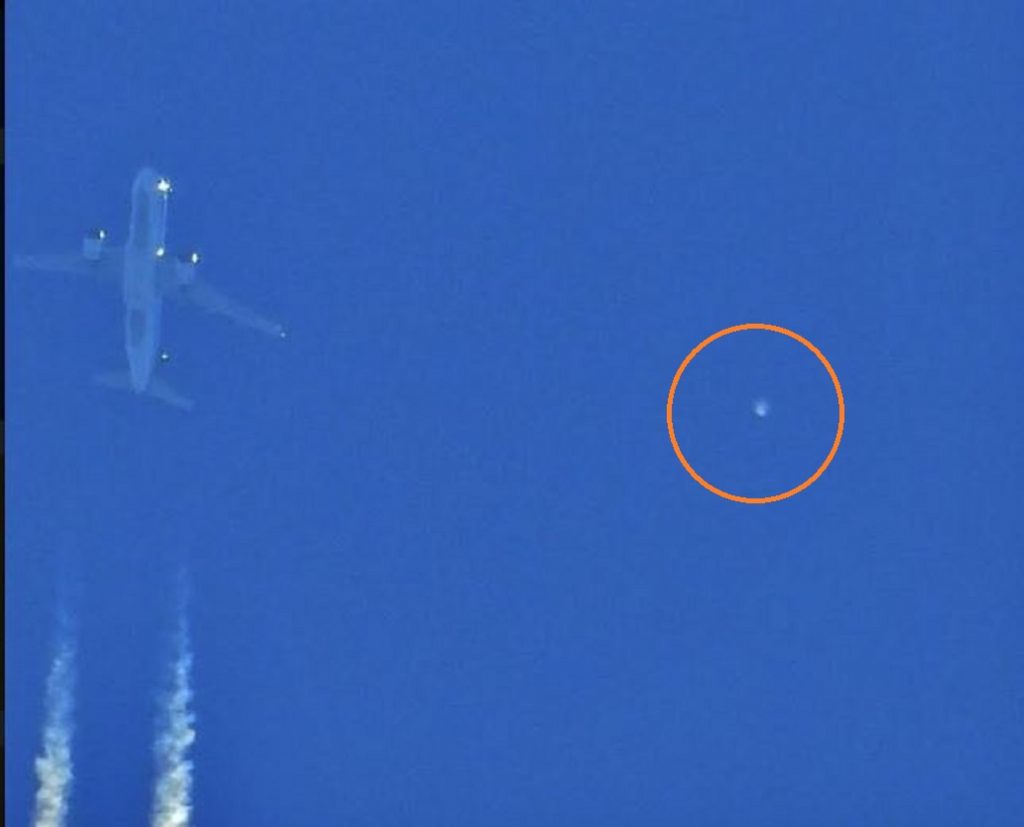 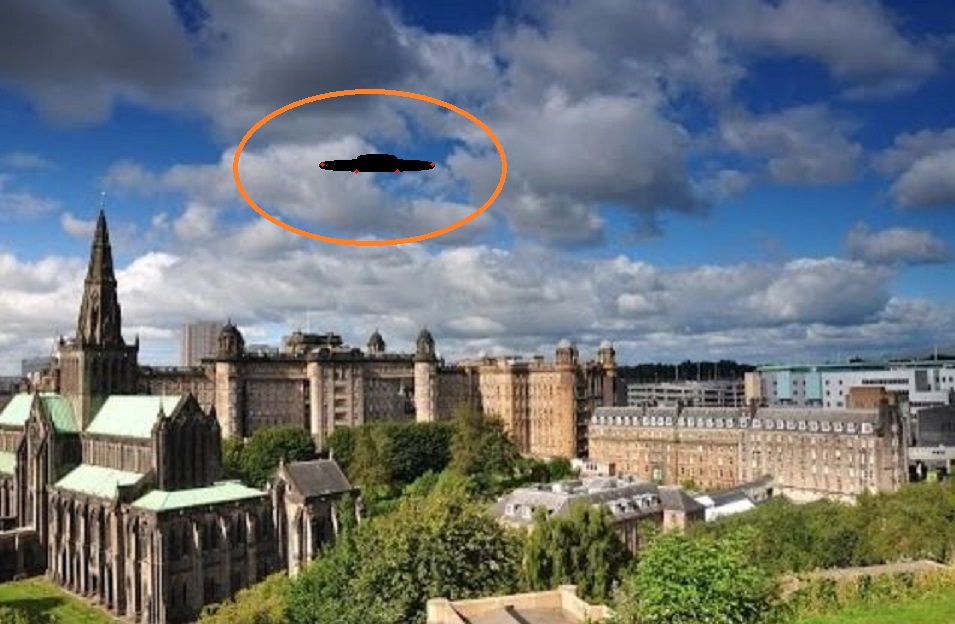 My friend and I were delivering sunday papers one morning in late october in 1980. At approximately 7.15 that morning, we observed one large light stationary in the clear sky with four smaller lights rotating around main light. One by one these smaller lights disappeared into or behind main light until only the main light remained. We had papers to deliver so we continued on our route nervous and disturbed by what we had witnessed. At 9.00am as my friend and I finished our paper round, we looked upwards and observed a metal saucer shaped object hovering at around a thousand feet. The object remained stationary next to a cloud at around 1,000 feet and was without doubt a hard metal saucer shaped object.  Disturbed and frightened we returned home and reported sightings to parents.The very same week saw a number of reports of strange lights in the sky and believe was reported in local newspaper at the time.  I wish to report this after 36 years as I feel it was a fantastic experience and one  I have never forgotten.  NOTE: The above image is CGI. 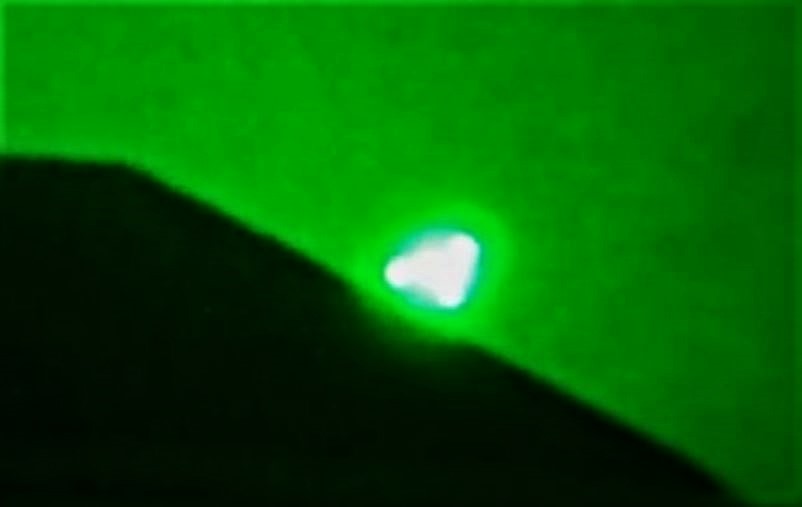 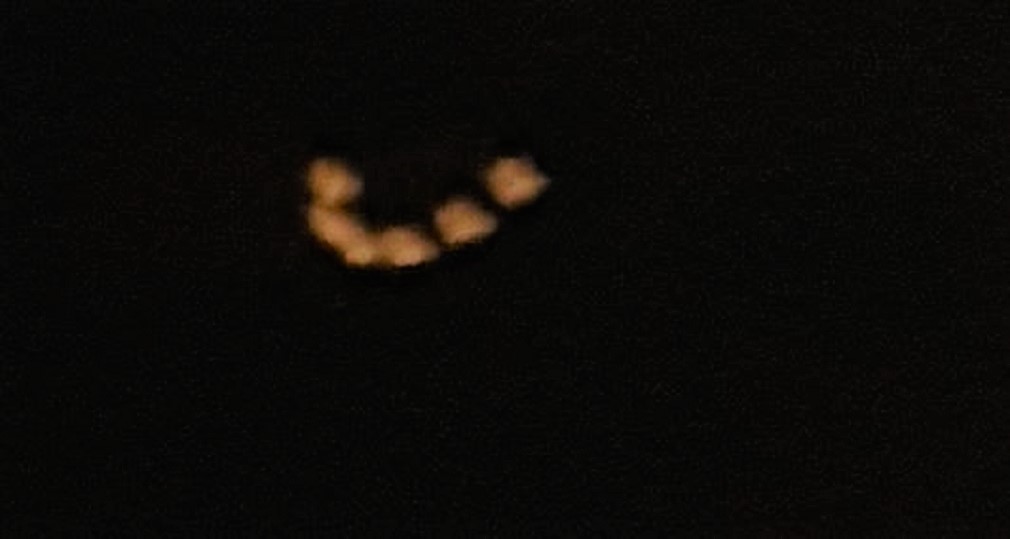 I live in a rural area, it is very dark at night, my daughter and I were driving down the highway at around 8:45pm, it was clear but higher up the sky was cloudy.  My daughter noticed 3 beams of blue light coming out of a huge cloud shaped like oval and going into another cloud below.  I was looking for a source for these beams.  I could not find any, it was as if they were suspended beams of light, but with absolutely no light on the ground.  My daughter said mom, I bet you it is a UFO and it is hiding in that cloud!  Quick take a picture! so I did.   The first one my flash was on so it flashed back at me, I turned off my flash and took the 2nd and 3rd pictures with no flash. We then continued on our way saying to each other “well that was odd”. After getting home I forgot about the pictures until the next day, when I looked at them I was dumbfounded! I must say that when I was taking the pictures, I was in the passenger seat of my car pointing my camera on my phone out and angled up to the sky through my windshield, (there were no lights on inside my car) the first picture has a small illuminated area, but if you zoom in on the 2nd picture you can see the craft with 6 orange lights, then look below it and a little to the right and you will see 2 areas of illumination. If you zoom in there you can see an outline of a form… my daughter says it looks like a stick man and a cow. I should also say that this “craft” was stationary over a beef processing plant. When I was taking the picture I did not see the orange lights only the blue beams. I am left feeling like “what in the world did I just see”?