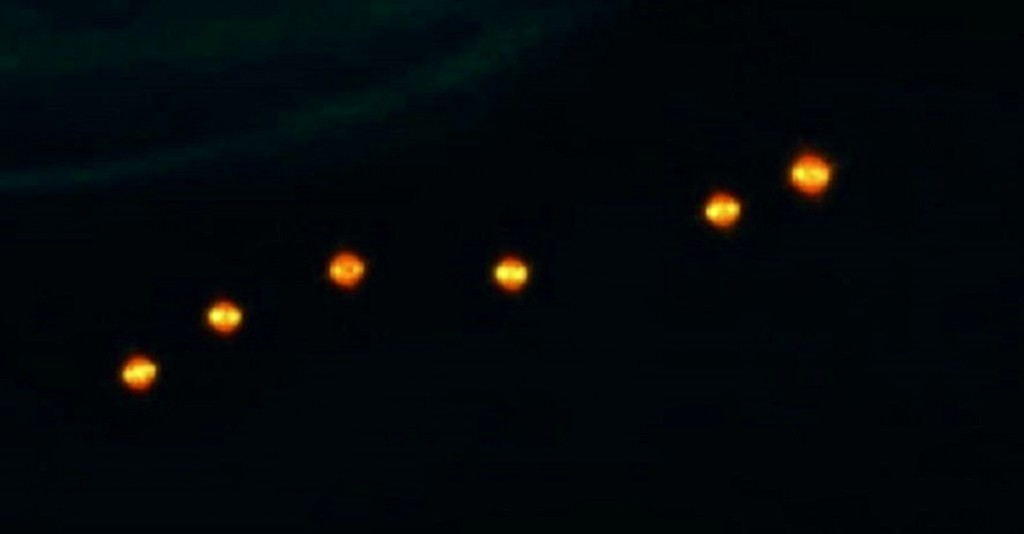 Four Yellowish bright lights seemed to move in the same direction where two of them later moved in the opposite direction. I was coming home with my family in my car and I saw 4 bright oval shaped lights moving from north to south. We stopped our car to look at it and we saw that the 4 shapes were moving in the same direction. Then two of those shapes stopped for couple seconds and changed velocity in the opposite direction. The two that were moving in the opposite direction blinked for a second and then disappeared into the sky. The other two shapes kept moving from north to south for about a minute and disappeared one by one. Each shaped blinked at least once before it disappeared. This may be due to the clouds. I was looking at those shapes at a 45 degree elevation. In my background there were street lights and cars passing by.  My mother was at a neighbor’s house at the same time and she described similar characteristics but the objects seemed bigger and more light was observed at the bottom of the shapes. She explained that she saw the four objects moving from south to north then it seemed to come down a little and then went back up. They finally started going in the direction of north to south. She said she saw the objects couple minutes before we started noticing them. NOTE: The above image is CGI.