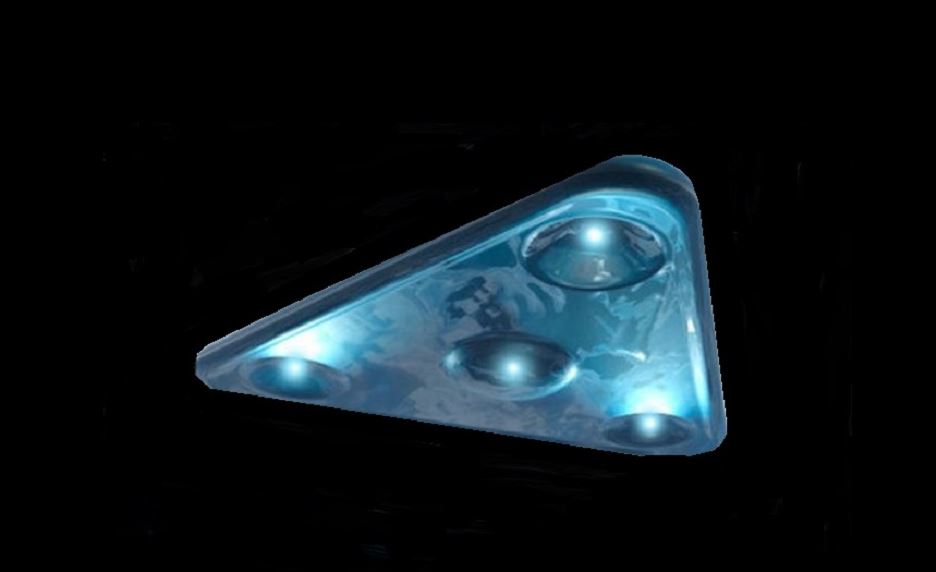 Kendallville, Indiana, USA “One year, I believe it was 1979, when we were returning home from church one night just before it got dark. We were together as a family talking. The boys I have are ages 5 + 3 and 1/2 and my husband, we were driving on Interstate 3 just outside of Kendallville, Indiana going up on Old 3 when I noticed what looked like, possibly, a helicopter. I seen a round shape, yellow blue green and white lights under it. ‘Look boys, there’s a helicopter!’ I told them, as I rolled the window down so we could see it better and hear it. I told my husband to pull over so the boys could see this fascinating equipment. I got the window down and that’s when my husband pulled over. We stared up at it. It was triangular shaped. It was right on top of our car maybe seven cars stacked on top of each other. Some of the cars around us just kept going. I said, ‘It must be on silent mode.’ That was true, if we even had anything like that. Like Blue Thunder, the item shot off to the northwest of us hovered over a farm for about 25 minutes. Then we watched as it shot off to the west. My husband and I looked at each other not knowing what we had just seen. I’m thinking nobody’s going to believe this. My son kept asking me where it went. I told him it flew away. I told my pastor about it. I called him and asked him and he said that the UFO could have been a ‘Vision by Satan’. I know what I saw and what I saw was what I explained, a dark huge round object like that of a huge helicopter. It had blue yellow and red lights nothing like I never saw in ’79 but now since then I have seen lights like this in machines.”   NOTE: The above image is CGI