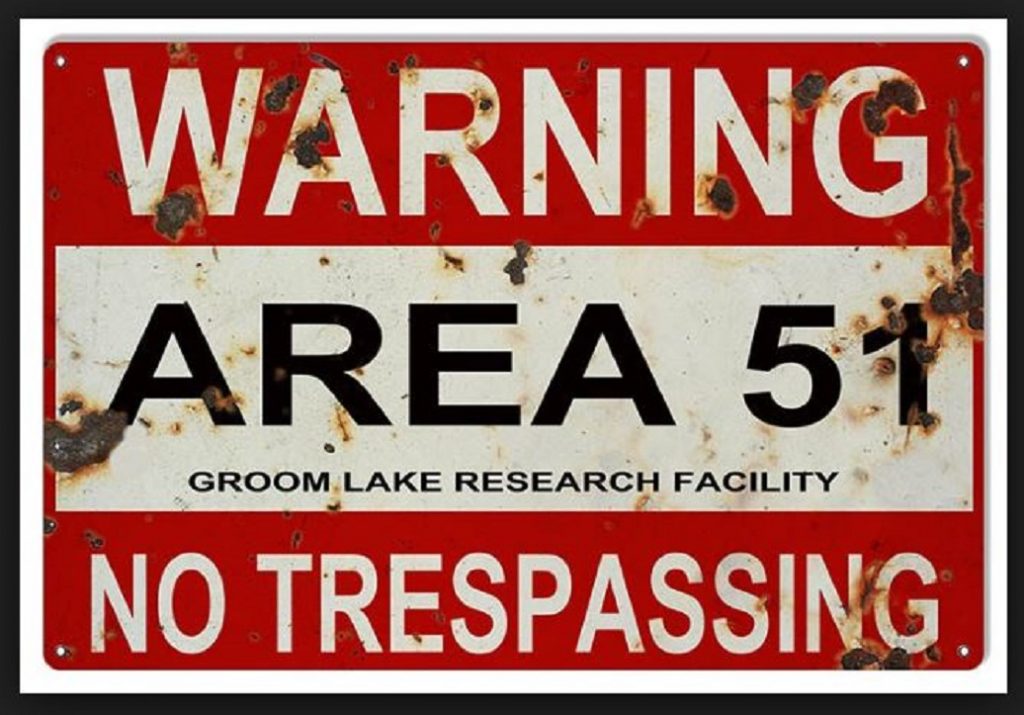 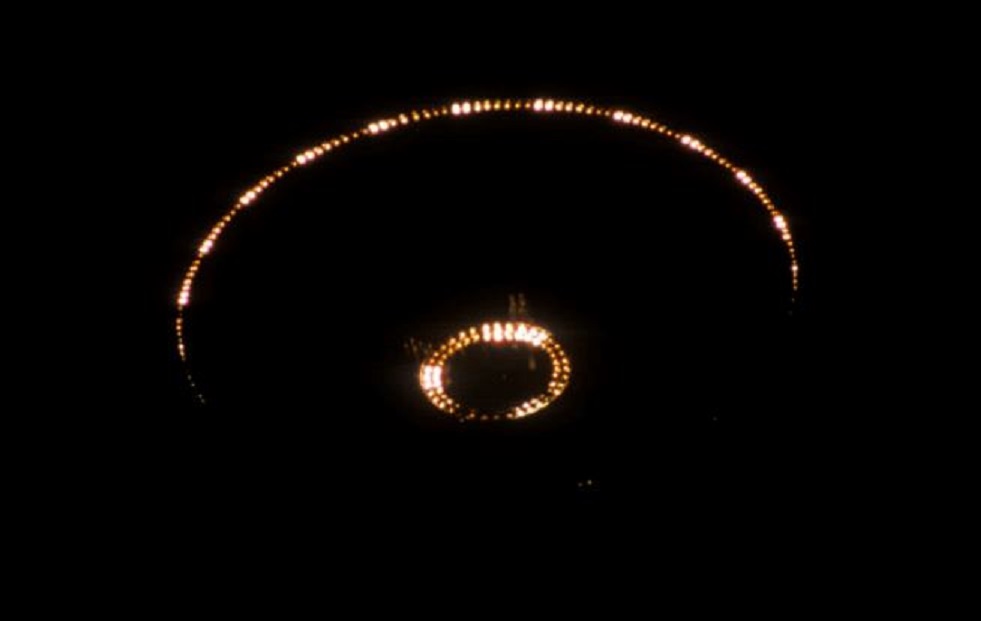 I think my case is a special one because I see the UFOs regularly.  I’m from Tehran but have been a university student for four years in Babolsar, a small, coastal town in the extreme north of Iran. I have been interested in the UFO subject from high school. For the first time, two years ago, at around 5 am in December, I noticed a very bright fast moving light in the sky moving from north to south. From that moment I became very curious about the existence of UFOs in north of Iran also before that I also heard about a lot of UFO sightings in Iran especially the northern cities. So, I used to watch the sky a lot. When one day I saw a UFO at 6:30 p.m. I watched at the same moment the next day and to my suprise I could see again and again. I couldn’t see them everyday because the sky was cloudy most of the times. During the last year I just could see the starlike UFOs which moved usually from south to north ( toward the Caspian Sea) mostly at 6:30 to 7:00 p.m..But by the start of the previous semester at November, again I used to watch the sky at 6:30 p.m.. Now to my suprise I saw new kinds of UFOs. These UFOs were flying very low at an altitude of about 200-300 meters and were very small nearly at the size of a football. These unmanned UFOs are covered with a halo of yellow-white and very dim light that they are unnoticeable and when I saw one of them for the first time I mistook it with a bird on which the light from ground was reflected, but when I saw the object several times I got it. These things sometimes move singly or in pairs or in a triangular formation and I once saw 16 of them ( I counted) in an arrowhead formation at 6:35 p.m. and once I saw nearly 50 of them moving slowly at 1:40 a.m. towards the Caspian Sea.

The late 2 months I feel more activity as I see lots of starlike and  UFOs at 8:30 to 9 p.m..I have bought a 5mw green laser. This device helped me a lot. When I shoot the low altitude small UFOs the light reflects perfectly which shows the smoothness of the surface, and the UFO tries to dodge my shot and sometimes increases its speed. When I shoot the starlikes they immediately make their light very dim or invisible. Only one of the UFOs which I think is the same responds to the laser beam by glowing very sharply for 2 -3 seconds and later goes off. I have also seen other things for example once I saw a glowing stork which I’m sure was made of light ( like laser projection ) and surprisingly was flying like a bird ! There have been reports of some strange creatures in the Caspian sea which you can find on the net. I believe the investigation of USSR which concluded that there are some UFO bases under the waters of Caspian Sea. I wish you could come to investigate in Iran because UFO sighting is a very common and handy phenomenon in Babolsar. You should just know the time of their flight then you will see them trafficking for about 30 minutes every night.  NOTE: The above image is CGI.

A large UFO and a number of small ones were reported in Long Island, New York near the Brookhaven National Laboratory. That’s the Department of Energy Lab originally set up by the Atomic Energy Commission for peacetime nuclear research. It’s also the place where the wreckage of an alien spacecraft that crashed in Long Island was rumored to be taken for storage and research. Could aliens have finally come back for their ship?  An anonymous witness from Long Island reported seeing a large cigar-shaped UFO on November 23, 2015, at around 6:45 pm. He said the silent UFO had a light at each end, changed altitude and speed quickly and hovered in one spot for over an hour. That spot was over Brookhaven National Laboratory – more on that later. It was also where the large UFO was circled by 4 or 5 smaller UFOs that all eventually disappeared. The witness claimed that he had seen UFOs often in this area and believed it has something to do with the lab.

That “something” might be a crashed UFO. According to reports from that time, on November 24, 1992, Walter Knowles saw a UFO near the vicinity of the lab at 7 pm. He stopped his car and watched the tube-shaped UFO with lights at either end along with a number of other motorists. They saw the object fly erratically and crash; then they watched a beam of white light shoot into the sky. The light was reportedly seen by residents in the area, along with what appeared to be the glow of a fire. There were also reports of telephone and cable TV outages, household appliances malfunctioning and car batteries draining.  Knowles claimed he went to the crash site but was turned away, along with local police officers, by men in black jumpsuits. He and others said they saw large objects being taken out of the area on military flatbed trucks to Brookhaven National Laboratory. A video from that time allegedly showed what appear to be bodies or body parts being taken there as well.

The story of the UFO, wreckage and alien bodies has long been dismissed by the lab. The usual explanation is that the lab had the closest firefighting team and equipment and that’s why trucks and personnel were seen traveling to and from the fire.  Is this why UFOs seem to be attracted to the Brookhaven National Laboratory? Or could it be because of accidents, like the 1994 fire in the high-beam flux reactor or the 1997 leak of tritium into local groundwater? UFOs are frequently seen at nuclear sites that have had problems.  As of this writing, there has been no official comment on the latest sighting. The witness is a longtime resident who says it was not a plane from the nearby airport.  Did aliens come back to the Brookhaven lab for their compatriots?

KENS NOTE: I was just informed by a facebook friend and Ufologist that there is additional information on the sightings she has had recently.  She lives close to the Brookhaven Laboratory in Long Island. Mysterious lights and a stationary UFO that makes an appearance every few days makes her even more curious as to what it could be.  She will keep in informed as the days go by. 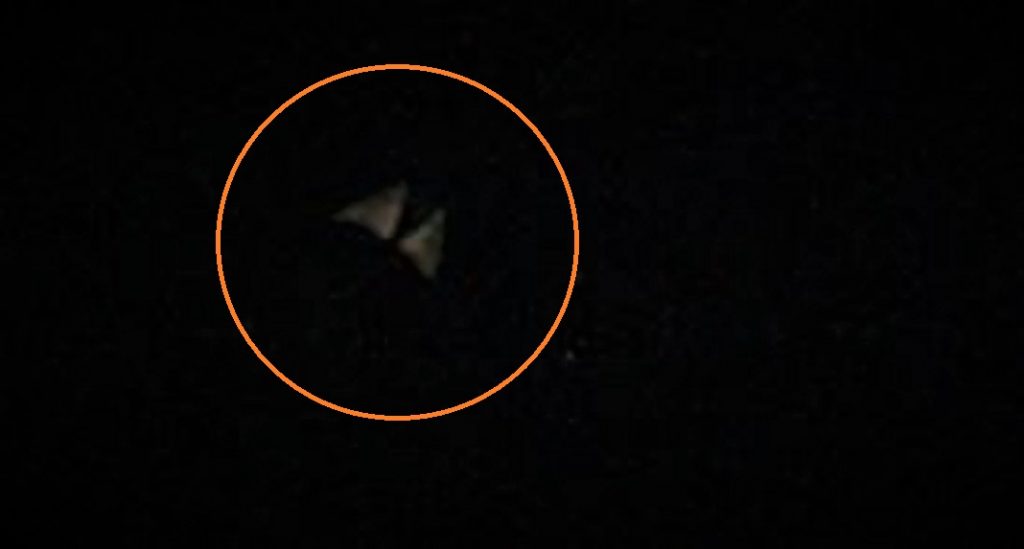 About 23:30 we arrived home and as usual I looked at the sky to just watch constellations that I can recognise, then instantly I saw several flashing starlike dots aligned in an exact line and I knew there is no such constellation. I looked more carefully and I saw a non glowing object at the beginning of the alignment line which looked like a jet or airplane. I counted the flashing dots following the jet-like object and they were 11. flashing most of them with blueish light and one of them flashing red light. their movement along the jet-like object was like a kite; floating together like they have string attached to them. I grabbed my camera and tried to capture them. When you zoom in the jet like object it is actually two triangles forming a lung shape.  It looked so much like military UAVs but in an alien way. But the 11 flashing objects are not clear enough to see what they are. In one of the best pictures I could only see that one of them is a rectangular shaped red-green flashing thing.