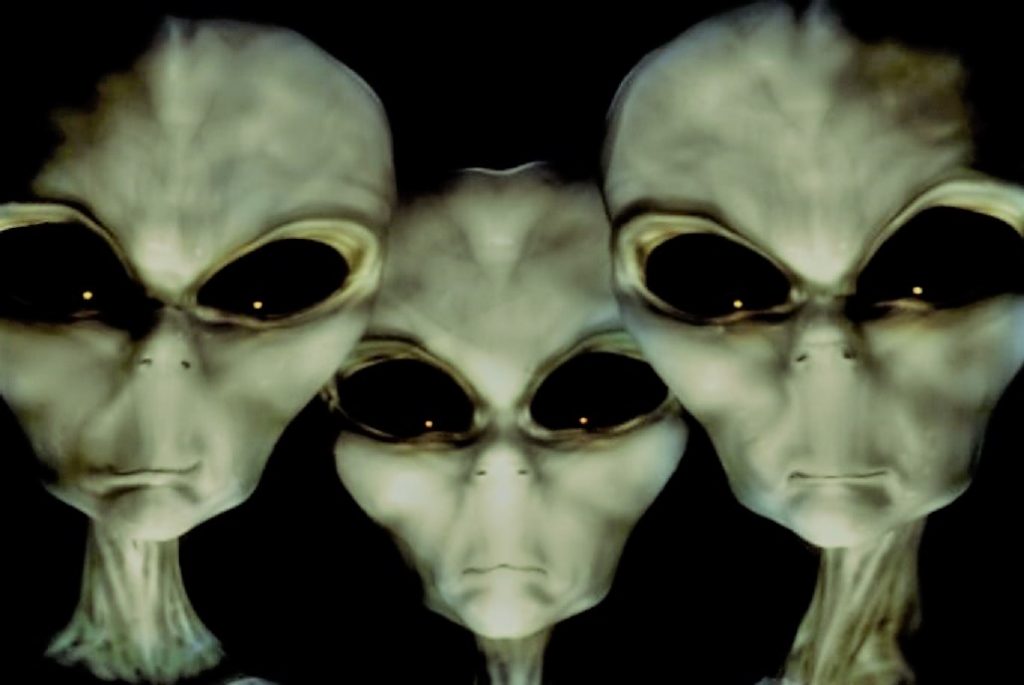 While I was in the Marine Corps stationed in Okinawa, Japan in 1995, I was at shooting range near Camp Schwab guarding ammunition (sometime in August). I had just done a radio check about 9:05 PM with range control to let them know everything was OK. I pulled my poncho up over my whole body because of the bugs attacking me, and the next thing I know my poncho is pulled off of me and I see what would be called a typical “Grey” looking alien, except that his skin was more of an almond color (it was a very bright night with a full moon) standing over me with what looked like four others behind him. What shocked me even more was that it talked to to me, but it sounded like one of those adult characters on the “Peanuts” cartoons – like “wha wha wha.” I remember just becoming unhinged, jumped up and started screaming when it talked to me and then it just disappeared along with the others.

The other guy guarding ammo with me, woke up when he heard me scream and asked what was wrong. I told him what had just happened and he looked at me like I was crazy, I then noticed that it was 10:45 PM, and I was like what the heck. I know that I did not fall asleep because it was my turn on radio watch. I know that I did not dream this, but cannot account for the missing time. I did not want to radio in what just happened for fear of getting a psych evaluation, even though an intruder near an ammunition dump is serious and should have been called in. The other Marine with me said that he was asleep the whole time and did not see or hear anything until I started screaming and jumping around.

I kept quiet about this incident for a few days but it was bothering me so much that finally about a week later I told a couple of my friends about it. A good friend of mine that had been out there a day before, said that almost the same thing happened to him, except that he had chased it into the ammo tent and when he was just about to shoot it, it just disappeared. He said that he was also afraid to say anything because he thought that people would think that he was crazy. I never saw any bright lights or alien space craft, just the aliens.  NOTE: The above image is CGI.