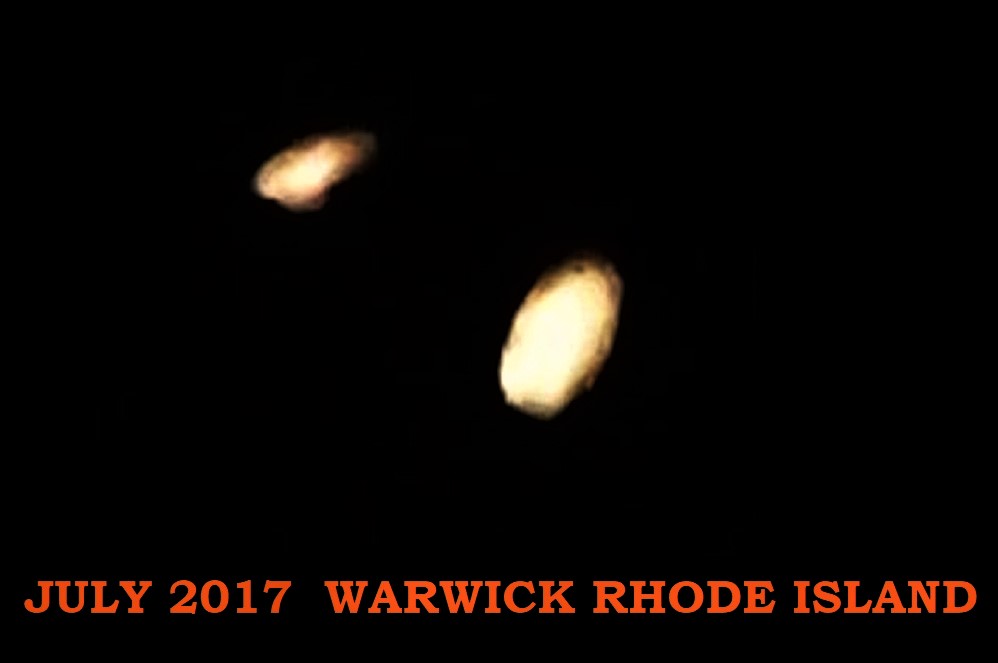 Hi Ken,
I live in Warwick, RI. In July of 2017, I woke up around 2am. I was having a hard time sleeping that night due to it being to warm for me. For some reason, I went to my bedroom window, and was just looking outside. Then I looked up for a little bit and all of a sudden I seen this Ball of White in the sky come out from around a group of trees, and with it was another ball of light but it was red and glowing. The white ball, stopped all of a sudden up in the sky but the red ball came flying past and over my house. There was also no sound associated with this red ball either. But it moved so fast . There is no way it was a light from a plane. It was to close. And it definitely wasn’t a helicopter because I would have heard it and noticed the shape. This red Orb was so close that if I through a tennis ball in the air , I probably would have hit it. To be honest, I couldn’t believe what I was seeing. Never in my life have I seen anything that moved so fast. I was on the MuFon site and then brought up encounters for RI, I came across an article from August 16, 2016 titled, Orb Like Alien Craft Encounter in RI. The picture that is posted with this article is EXACTLY the red Orb I had seen that night. From that night in July, up until tonight, I have always wonder if I had really seen what I saw that night. I always questioned it. I think mostly because it happened so fast. But as soon as I seen this picture I knew without a doubt what I had seen was real.

Special thanks to the witness Julie Scavitti.