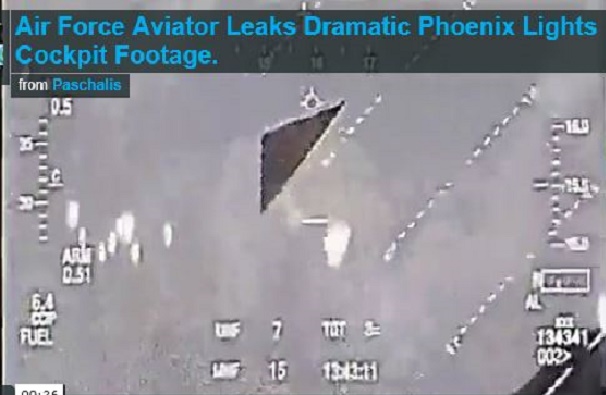 Classified military footage of the Phoenix Lights UFO phenomenon has recently been leaked by a former U.S Air Force aviator. The footage reportedly captures never-before-seen cockpit footage of Lockheed-Martin F-16 and Fairchild Republic A-10 Thunderbolt II fighter jets in action the night of the original incident 17 years ago.  56th Fighter Wing Public Affairs at Luke has received numerous inquiries and requests, but has remained silent on the footage.  The report claims additional footage of multiple civilian casualties has been obtained.  The Phoenix lights incident is one of the largest UFO sightings in North America.  Thousands of Arizona residents became alarmed when they noticed a sizable object in the sky above Phoenix 19 years ago. Multiple eyewitnesses reported a diamond-shaped craft hovering above the city for at least a coupleof hours. Nineteen years later, questions about the Phoenix Lights are still being  asked. Arizona residents still remember the phenomenon and the new footage has stirred more tension around the 19-year-old event. The lights have been the subject of intense scrutiny, government denials and internet documentaries.This never-before-seen video of an engagement during the Phoenix Lights was leaked online this weekend, by KWBTV NEWS JOURNALIST DAVID COLLINS. The FLIR [ night scope ] video purportedly depicts military and unknown craft on the night of the mass sighting over Phoenix in 1997. 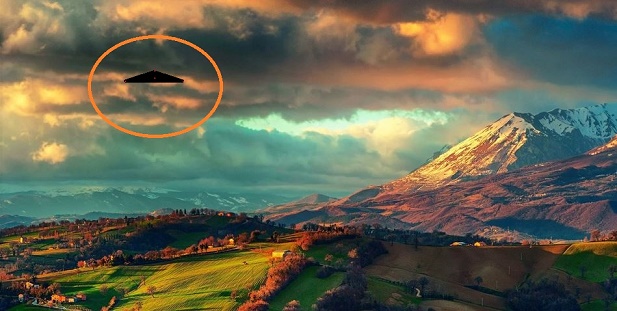 ARIZONA WAS THE UFO HOT SPOT IN MARCH

The first call received over the UFO Hotline was from a former police officer, who called to report that he and his family had just witnessed a bizarre cluster of red lights moving very rapidly across the night sky in the vicinity of Paulden, Arizona, (approximately 30 miles north of Prescott, AZ) at about 8:16 p.m. (local time) on Thursday night, March 13, 1997.  The man who called, a rational, sober-minded and eloquent sounding person, described having witnessed with his family a very strange cluster of distinctly red-orange lights, which consisted of 4-5 red lights “in the lead,” followed by a single light which appeared to be “standing back from the others.” The lights in the lead gave the impression of being in a “V” formation, somewhat like a wedge or boomerang in shape.That was the first of many dozen calls that were received over the subsequent two days.Subsequent calls then started pouring in to the Hotline from locations to the south of Paulden, AZ. The next calls received were from the vicinities of Prescott and Prescott Valley, approximately 50 miles north of Phoenix. Several individuals called from that vicinity to recount that approximately 8:17 p.m., they witnessed 4 or 5 very bright white lights pass overhead. Several of the observers reported that the object appeared to be triangular in shape, with a somewhat complex grouping of lights along its sides.  One of the observers in Prescott reported that the orientation of the distinctly white lights appeared to change while she and her family were observing the object. However, the lights formed a distinctly triangular pattern in the sky.  Another observer was standing outside with his wife and sons in Prescott Valley, when they noticed a cluster of lights to in the west-northwest of their position. The lights formed a triangular pattern, but all of them appeared to be red, with the exception of the light at the nose of the object, which was distinctly white. The object, or objects, which had been observed for approximately 2-3 minutes with binoculars, then passed directly overhead the observers, they were seen to “bank to the right,” and they then disappeared in the night sky to the southeast of Prescott Valley…

Even though the night was very quiet, none of the observers described above heard any sound emanate from the object. All of them emphasized that the object “glided” through the sky, and made absolutely no noise whatsoever… All of the observers volunteered during their telephoned reports that they had strained their ears, trying to hear some sound from the object, but none was heard, which contributed to the eerie nature of the sighting. The next sighting was reported from Dewey, AZ, located approximately 10 miles to the south of Prescott. Five adults and youth were driving north on Highway 69 to an appointment in Prescott, when they witnessed a very large cluster of lights, which formed a “V” shape in the sky. The driver pulled off the road into a grocery store parking lot, and all the occupants got out of their car in order to get a better look at the object. By this time, the object was directly above them, where it appeared to hover for several minutes.  The member of this group who called the Hotline reported that the object was so large that, if he clenched his fist and held it at arm’s length, he could not cover the size of the object with his fist!  In addition, he reported that based on his flying experience, he estimated that the object was not over 1,000 feet above the ground. He emphasized that there was absolutely no sound emanating from the object—it was absolutely silent, and it was moving at a very slow pace, considerably slower for example than a light aircraft would have been seen to move at that (assumed) altitude.  He added that he could see a small, private aircraft in the vicinity of the object overhead, and that the aircraft appeared to be heading in the direction of the Prescott airport. More about this aircraft is described below in the description of the alleged interception of the strange object by F-15’s farther to the south.   One particularly noteworthy aspect of this observer’s report is that he had called both Prescott Airport, and Luke AFB to report the sighting. The female operator at Luke AFB volunteered to him that their switchboard had been deluged with reports about the strange object. Later statements from Luke AFB alleged that they had received no calls about the object.

The next calls to arrive were from Chino Valley, Tempe, Glendale, Phoenix, Kingman, and Tucson…

Many people called from those areas, far too many to describe in detail. One of the most interesting reports, however, was from a young man, who identified himself as an “amateur astronomer,” who resides in west Phoenix. His description of the object, which he saw to the west of his home, appeared to be a cluster of solid, unblinking lights, which moved in an unwavering procession from the north to south. He could discern, he thought, that each of the individual lights in fact was two smaller lights. Also, he reported that he observed two aircraft in the vicinity of the object, one of which appeared to turn away from the object to the west, and the other which turned to the east.  Another interesting report was submitted by a young mother, who stood outside her home, located in Phoenix approximately 1 mile south of Camel Back Mountain, and watched the object with her children for 5 minutes. She reported that the object was directly overhead her house, and that it was larger than her clenched fist when held at arm’s length! The object appeared to have lights along its sides, such that the lights gave the viewers on the ground the impression of a “boomerang” or “arrowhead” shape.  After approximately 5 minutes, the object began to move slowly to the south. However, before the object disappeared from sight to the south, it appeared to “fire” out to the front of it a red beam of “laser light” for an instant. Then, as it moved slowly to the south, the lights of the front and sides of the object seemed to dim and fade from sight. There were no lights visible on the aft end of the craft as it moved away from the observers. The object just disappeared from sight in the southern sky…

The object was next seen in Tucson, where a man watched the formation of lights for what he estimates to be 15 minutes…from 8:45 to after 9:00 p.m., he estimates. He reported to us that the lights had come from the northwestern sky, maneuvered overhead for 5-10 minutes, and then moved off to the south in “nose to tail” formation, disappearing from sight as they moved over the mountains.  The last location to report was Kingman, AZ, where a young man, enroute to Los Angeles, called from a phone booth to report having seen a large and bizarre cluster of lights moving slowly in the northern sky.  NOTE: The above image is a rendering.