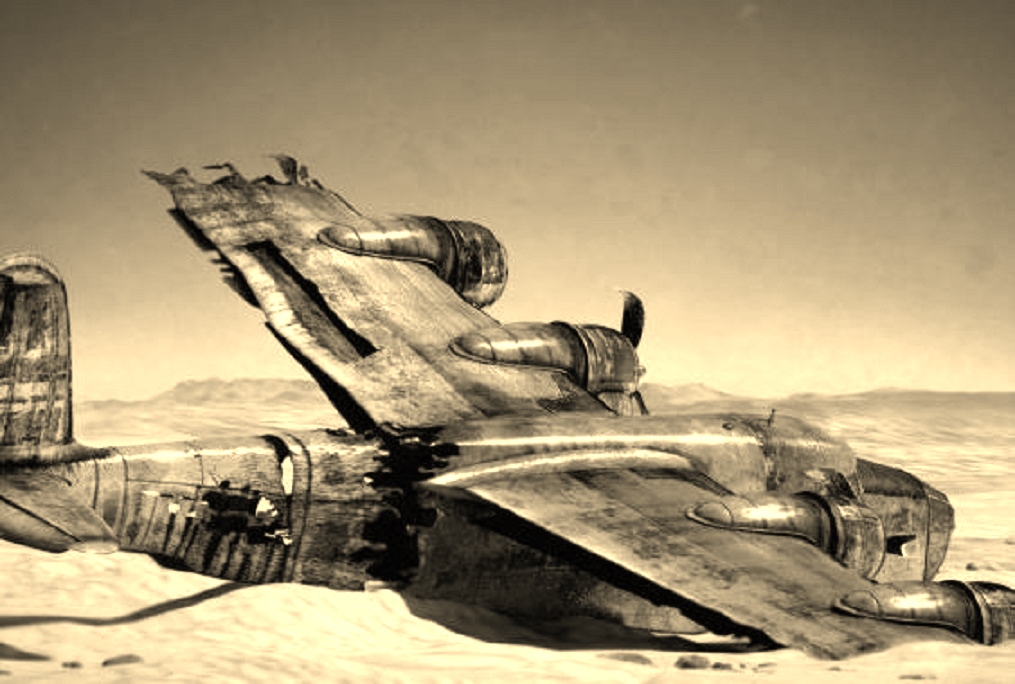 NEVADA ALSO HAS A BERMUDA TRIANGLE AREA OF MYSTERY
.
The Nevada Triangle is typically defined as spanning from Las Vegas in the southeast to Fresno in the west, and to Reno at the top. It is said that this moonscape of sparsely populated rugged wilderness has been the site of by some estimates around 2,000 aircraft crashes over the past 60 or so years, with many of these happening under mysterious circumstances, with experienced pilots, without any clear reason, and with wreckage never found. In some cases these have been rather large, rugged military aircraft such as B-24 Liberators or B-17 Flying Fortresses.  Many pilots who have nearly crashed in the Nevada Triangle near the Sierra Nevada have reported experiencing a deep sense of confusion and profound disorientation during their flights.  In the end, no one is quite sure of why so many planes have gone down here, some of them quite large planes rather than light aircraft and with experienced crews under ideal conditions, nor even how many planes have actually gone down here, and the area has managed to create an air of mystique around itself. Many still insist that there are forces beyond our understanding at work here pulling in planes to their doom. Talk of the Nevada Triangle is often punctuated with mentions of Area 51, aliens, or top secret tests of experimental aircraft, as well as the possibility of some form of magnetic anomaly or a vortex of some type.  Adding to the mysterious quality of the region is that many of the crashed planes have never been found. This is most likely due to the inaccessibility of the remote area, but sometimes things are stranger. One Army fighter pilot Lt. Leonard C Lydon said he parachuted from his plane when his squadron got hopelessly lost in the mountains here. He claimed to have clearly seen the P-40 fighter go down about a mile from his position, near the Sequoia and Kings Canyon national parks, and was sure that he knew where it had crashed. However, when a search team returned to the area he specified, no sign of any wreckage or the plane could be found.  So what is going on here? Is it aliens, the government covering its top-secret Area 51, magnetic anomalies, or something even stranger? Or are we just dealing with freaky weather that has a penchant for crushing smaller aircraft, coupled with the remote, unforgiving wastelands? There will probably always be tales of places on this planet that disappear people without a trace. We may not ever know the reasons why, or how, but they will always capture our imagination. These places will always lie out there, just beyond our reach and beyond our current capacity to comprehend them.
.
KEN PFEIFER WORLD UFO PHOTOS AND NEWS
WWW.WORLDUFOPHOTOSANDNEWS.ORG
WWW.WORLDUFOPHOTOS.ORG
http://mysteriousuniverse.org
.
.