I am retired law enforcement and have observed and reported many sightings to MUFON. On 2/13/19 at approximately 1900 hours I observed a low flying very bright luminescent fire ball travelling at an estimated speed of of 275-300 mph at an altitude of 1,500 feet one half mile away from me that traversed the sky at first horizontally, then slightly lowered altitude and completed a tight, smoothly coordinated high speed S turn. The turn occurred in about 1.5 seconds. The object banked left then right. The maneuver reminded me of Blue Angels, Thunderbirds, or other US military fighter jets performing at an air show I have witnessed. I am a lifelong aviation, aerospace and military aviation learned follower. After approximately five seconds this object disappeared. It flew in open view between trees, clearings, tree branches, and limbs which are devoid of leaves. I checked the archived weather at Wunderground.com. It was 35 degrees F, fair skies, W wind at 9 MPH. The vivid fireball flickered consistently in an analogous fashion between yellow white and orange hues similar to ones I have seen before. Due to the indescribable coloration, speed, altitude, performance and maneuvering, lack of sound, lack of navigation lights, indistinguishable silhouette or shape and disappearing with no explanation this was an UAP. There was other usual air traffic in known traffic patterns at the time in the area. This sighting occurred after dark with unlimited visibility. I made a depiction and attached the file. I would like MUFON NJ investigator Glen Green to contact me in regards to this case. NOTE: The above image is from another investigation in Maryland

This case is under investigation by Chief Investigator Glenn Green of MUFON New Jersey.

On the morning of 10th September 1951, at 11:18 am at Fort Monmouth, New Jersey, an Army Signal Corps student radar operator, Eugene Clark noticed something strange on his radar monitor. An unidentified object that moved so fast the automatic setting mode couldn’t keep up with it. If he had wanted to keep this anomaly to himself, he had little opportunity. By pure coincidence, several visiting high-ranking officers were stood right behind his station when the bizarre object showed on the screen. All watched, apparently in as much amazement as the young student.

The object took only seconds to travel up the north-east coast of the United States. Estimates would suggest it was traveling at a speed of at least 700 miles per hour. The strange object would disappear off the radar screen somewhere near Sandy Hook. And very close to the city of New York. Urgent and dramatic debate filled the room immediately following. Then, seventeen minutes later at 11:35 am, came a visual sighting just south of Sandy Hook. And what’s more, the witnesses were two US Air Force pilots in the air in their T-33 Jet.

The pair, Lieutenant Wilbert Rogers, who piloted the jet, and Major Edward Ballard Jr., who was in the rear seat, were flying northward at an altitude of 20,000 feet over Point Pleasant, New Jersey. They were heading towards Sandy Hook when they encountered the mystery craft.

They would give chase to the object for over thirty miles which according to their estimates, traveled in excess of 900 miles per hour. Rogers would later state that he didn’t “know if it was a flying saucer, but it sure was something I’ve never seen before”. Both he and Ballard were certain they had witnessed something quite extraordinary. And most likely, otherworldly.

It was as they made their way towards Sandy Hook that Rogers would spot a “dull, silvery object” passing beneath them and moving in the opposite direction. He would estimate it to be around 12,000 feet below their height, which would put the strange craft at an altitude of around 8,000 feet. As Rogers spoke to his co-pilot, even tilting the plane slightly to the left so as to keep the object in sight, their conversation spewed from the speakers in the control tower. Records exist of this conversation. And what’s more, it shows that both of the pilots were alert and completely aware of the bizarre scene unfolding around them.

They would describe the object as “discus-like” and between thirty to fifty feet wide. Both pilots, incidentally, would also reject the notion offered from the control tower that the object they were witnessing was merely a “balloon” stating it simply moved “too fast” to be such an object. Besides which, it was purposely “banking left” which a balloon wouldn’t do, and certainly not at that pace.

By the time the object had completed a 90-degree turn, it was obvious it was heading out to sea. Rogers would attempt to follow the object. But while he had lowered his altitude to 17,000 feet, he was still nearly 10,000 feet above it. And what’s more, he was losing pace with it. Eventually, it disappeared out of sight. He would add later that, from memory, a trained, military one at that, the object was “perfectly round” as well flat aside from a raised center section.

While the incident itself, at least for now, was over. The investigation and world’s glare wasn’t. Not by a long way.

The Balloon Theory Doesn’t Support Its Own Weight!

The notion that the object was a balloon, based on the report’s notes of the radar operator during the initial sighting, is one that doesn’t support the weight of its own scrutiny. The radar operator would note how “unusually strong” the radar return was for this strange anomaly. So strong, in fact, that it was “comparable to that usually received from a coastal ship”. What’s more, the operator in question at first believed the return was from a ship off the east coast of the United States. Only when he noticed just how fast the object was moving did he realize it wasn’t a ship. In short, whatever it was, it wasn’t only moving extremely quickly, but it was huge in size – an anomaly in itself.

In fact, so fast was the object moving, that radar operators (a second operator also began to track the object shortly after it appeared) had to switch to manual tracking “in order to hold the target”. They would continue to do this for the “maximum tracking range of 32,000 yards”. Furthermore, the object was moving “at a speed several hundred miles per hour higher than the maximum aided tracking ability of the radar sets”.

In short, then, that it might have been an incident due to radar operator error was ruled out, as both operators quite obviously tracked the same object and experienced the same difficulties in doing so. And with that in mind, equipment error can also be ruled out, as both radar controls ran as exactly as they should have given their capabilities. That the two operators’ sighting was the same as the object seen by the two experienced aircraft pilots is almost beyond doubt. NOTE: The above image is CGI. 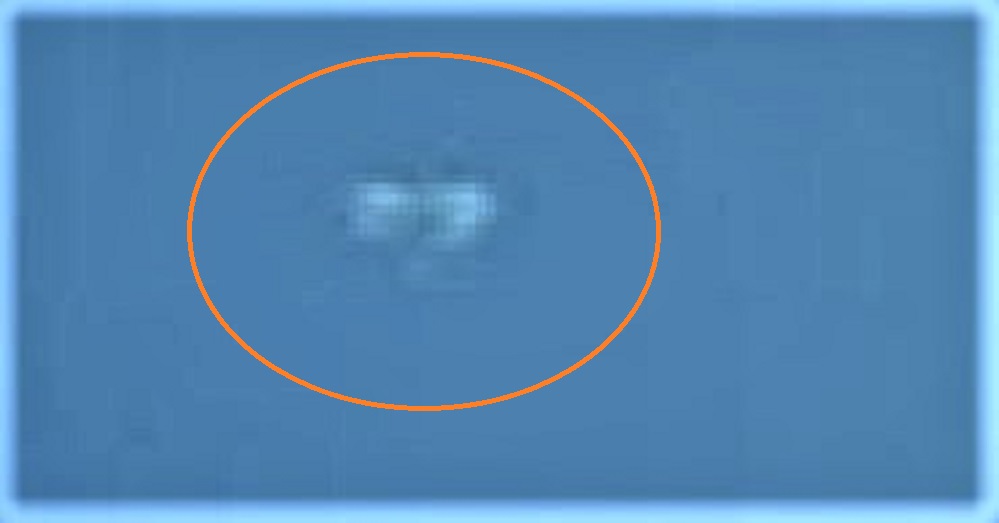