Description: A woman and her seven year old son were driving home from the doctor’s office. The woman noticed a large light in the sky and at first thought it could have been a planet or bright star.  However, the light became very large and she knew that it could not be a star or planet.  She stopped at a nearby school parking lot to view the object.  She said that object was hovering about 200 feet above the ground and was very large with many windows (see above illustration).  She heard no sound and was surprised that no one else was observing it.  She then realized that she was alone and immediately become stricken with terror.  She made a “bee-line” for home and immediately locked all doors, windows, and closed blinds.  She has not reported the object until now.  She felt that she needed to report it.  Her seven year old son remembers the object, but can’t supply any additional details. (See above map for locations – doctor’s office, parking lot where object observed from, location of object, and location of witness’s house.)

Additional Details: The witness contacted me again and provided some additional information.  She said that she watched the object for 10 to 15 minutes.  She said that she could clearly see windows, but could see nothing through the windows. She said that the object had a silvery type appearance.  She became seized with fear when she suddenly felt like she was being observed.  At that time she drove away rapidly.  Her son was seven years old at the time and does remember the sighting, but can add no additional details (per discussion with the witness). During the entire sighting the witness did not leave her car. Apparently the object was hovering over a marshy portion of the park.

Investigator’s Notes: This is an interesting sighting given the closeness of the encounter and the emotion expressed by the witness.  Given that the sighting was over 30 years ago it will be difficult to investigate.  I will be checking other UFO databases to see if other sightings were made in the area at that time. Any new information will be posted. NOTE: The above image is CGI. 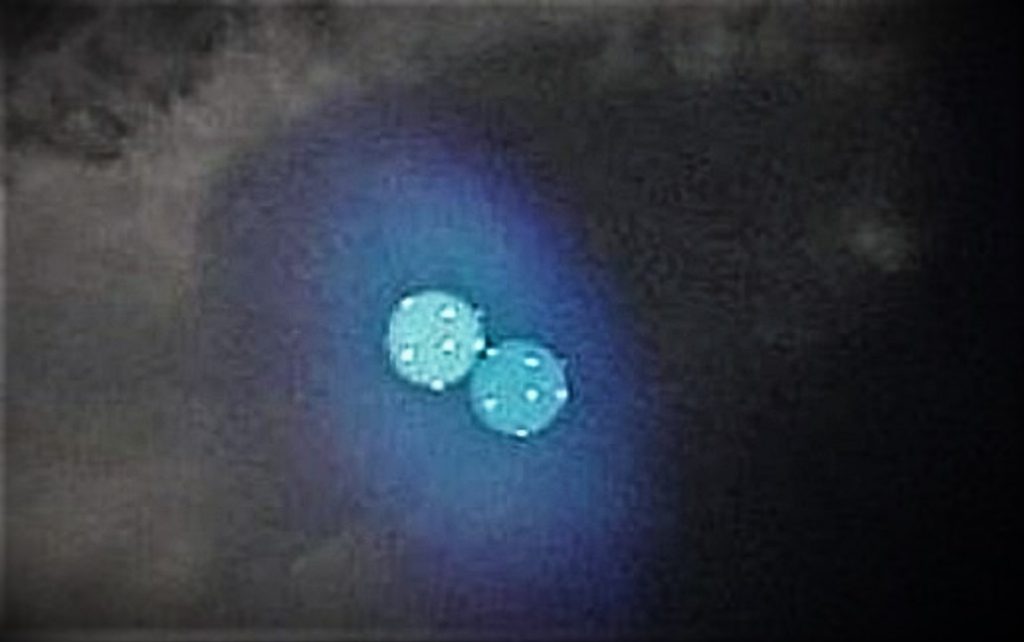 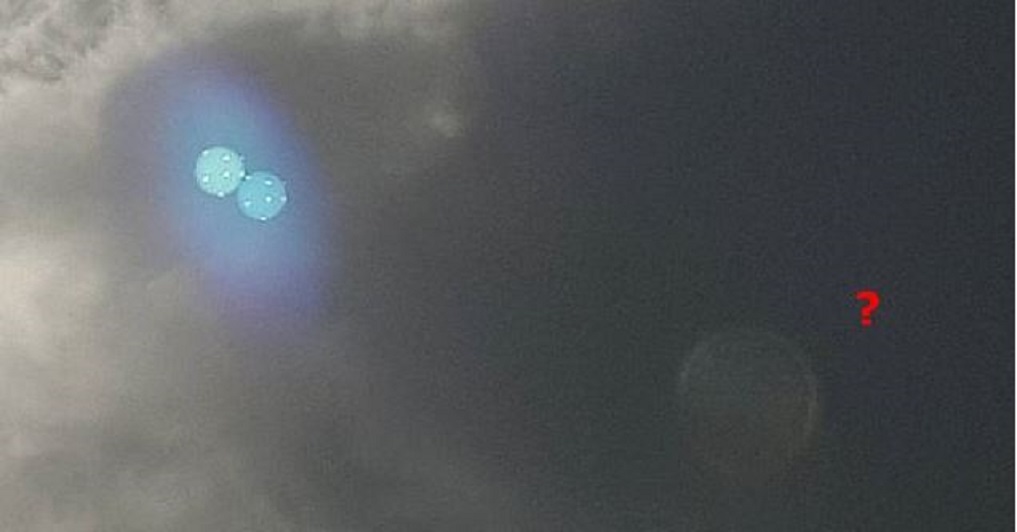 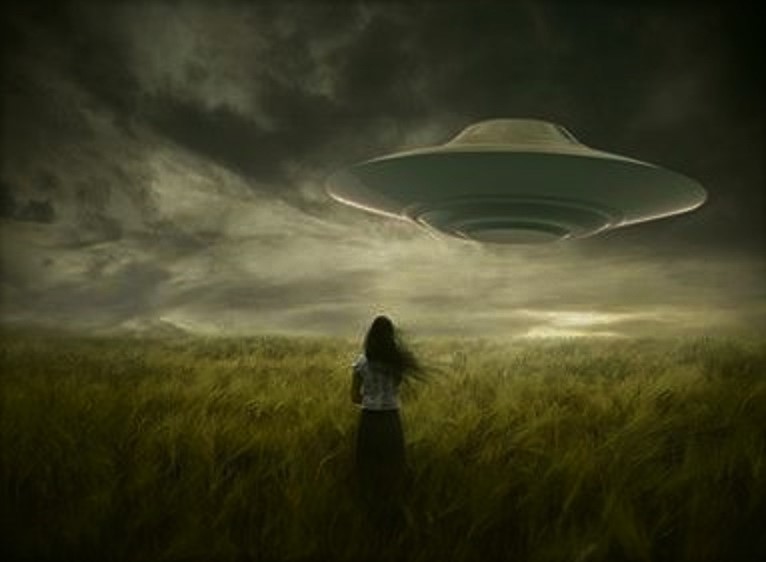 I was talking with a friend of mine whom I have known since the third grade. We were talking about the changes that have taken place on Long Island New York over the last 50 years. We were discussing the days when we had only one highway to drive to the end of Long Island in order to reach Montauk Point. The Montauk Point area is also the location of Plum Island and Camp Hero. During the 1940’s until recently both were active extremely strange institutions of secret ominous activates with long lists of odd events happening for many years following World War II. Long Islanders considered them dangerous if not evil places.

My friend and I were talking about our life on Long Island when we were teens in the early 60s around 1963 to 65. Those years were a time when Long Island was having numerous UFO sightings being reported. My father had been told during that time period that a few people in our town had seen a group of UFOs a over a town golf course which was still being talked about by all the local people when a few sightings came along of people witnessing large UFO;s flying low over Great River which ran out in to the Great South Bay and on to the Atlantic Ocean.. All of these sightings were still the talk of the town when this next event took place. One night my Dad read aloud after dinner as the family still was sitting at the kitchen table from the Long Island Press (which was a favorite newspaper on Long Island at the time) an article describing how hundreds of Long Islanders traveling along the Sunrise Highway ( which was the only main highway that was used to travel to then end of Long Island in that time period) had called in to the local police reports of an enormous UFO traveling low over Sunrise Highway as it traveled out towards the end of Long Island towards the Atlantic Ocean.  The people who witnessed this huge craft insisted it was at least a half a mile if not bigger in circumference. The people who saw this huge craft all reported the same details of a enormous oval craft slowly hovering over the highway at times as it made its way in silence following the highway below out to the end of the roadway frightening those who were traveling under it on the highway lanes. It followed the roadway to its end and continued on towards the end of Long Island and the Atlantic Ocean.  There were no offerings of what it could have been in the article or comments other than the description of this huge metallic shinny windowless craft and the mention of many other UFO sightings being reported over Long Island during that time.

I have often had that event flash through my mind over the years when I learned of other sightings of huge unexplained crafts being reported from all over the world. These huge crafts seemed to have taken on the name of Mother Ships.   I thought about this and wondered if we have this correct in our thinking or if we simply are missing another explanation to the enormous size of these unknown crafts thinking they are something they are not.  It is true that the enormous size of the crafts many have witnessed over the years may well be main carriers of large populations of other life forms and their equipment and living areas or there is one other strange idea that could explain there massive size. It may sound simplistic but why could the difference in size of UFO.s simply be an indication of the different sizes of the aliens traveling in them?  How many times have we been told of history that talks to us about giants walking on the earth? How many times have the idea of extremely tall beings being seen over history have we come across in our search for answers to our past and understanding of our possible futures?  I really thought about this when I came across the reported incident where our astronauts were reported to have had an encounter with a huge space man that was so large and tall that they had to open the cargo bay of the space shuttle so he could stand towering over our men in the open cargo bay in order to have a meeting with them.  There is no reason at all to think that other life forms in this enormous universe are similar in size to the humans on earth. In fact there is no reason to think that they are like us at all in any way shape or form. I think we should consider that shape, size and form of those who may visit this planet may be anything from bug size to building size and all things in between.  I now wonder in pure fascination what may pilot those enormous crafts and can only keep my mind open to the endless possibilities that could exist inside those metallic walls from huge populations of aliens to simply huge aliens!

SPECIAL THANKS TO  Chris Holly’s Endless Journey with the Unknown